One of my favourite non-dieting/weight-loss bloggers is Aussie author, Anita Heiss. Although I’ve never met her, there are a lot of things I admire about her and the way she engages with the world. I follow her on Twitter and she rarely (never?) posts whinging tweets about how crap her day has been, or how fellow train commuters piss her off when they talk loudly on their mobile phones or file their fingernails. Instead she is a strong advocate of Indigenous literature, generous in nature and seemingly consistently upbeat (oh, and we like a lot of the same TV shows!).

And then there’s her blog. She doesn’t just randomly do a ‘stuff I’m grateful for’ post when guilty about being such a misery guts (like moi). Nope. No siree. In fact…. EVERY SINGLE blog post features gratitude as its theme. It’s like some mega version of the ‘before-you-go-to-bed-write-down-three-things-for-which-you-are-grateful-today’ way of thinking.

Whether Anita was already cheery and upbeat before she started acknowledging her gratitude, or whether acknowledging those things for which she is grateful has resulted in increased positivity about life and stuff is unknown to me. But every time I read one of her blog posts, I’m forced to ponder on the notion of allocating one post a week to gratitude – and not just ‘I’m grateful I made it to the train on time’ drivel… but seriously acknowledging the good; not just the bad. 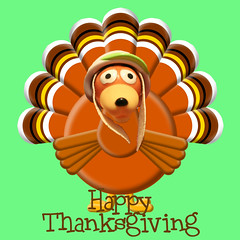 As our US counterparts are about to give thanks and eat turkey, so (like many other bloggers) I thought that today I should turn my mind to things for which I am grateful. I’ve done a few of these posts before: one was forced upon me (!) when I was participating in the 30 days of self-love challenge; and a couple I initiated (here and here) after several pity party posts and a spate of ‘woe-is-me’ whines (oh, and wines as well!).

Rather than the drivel… (‘I’m glad I only had two glasses of Wirra Wirra Church Block last night’), I’ve tried to focus on the BIG things and not just repeat those things I’ve written about previously (which I kinda am and MAY reflect the fact that I’m an ungrateful little wench, rather than big-hearted and zenly welcoming to anything and everything that comes my way!).