So many health and fitness blogs feature posts documenting the writer’s food diary and exercise program, or similar. The more creative types also include a few photographs of their healthy lunches or dinners, to impress upon us their commitment to healthy living. 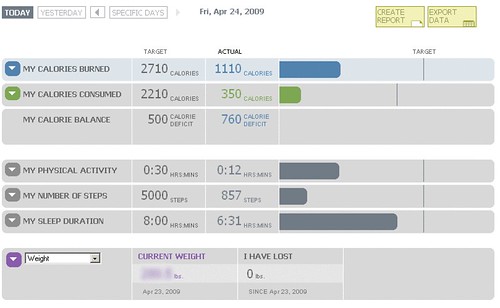 I’ve always felt a bit of envy when I come across these sites and not just because of my poor photography skills (and lack of camera other than my iPhone). So, I thought I should do something similar and it seemed timely to document my eating and exercise efforts over the last few days.

You will note that I am on holidays and out of my usual environment, so my behaviour has been a tad erratic… but this should give the inexperienced among you some guidance, or provide some tips for young players. In fact, I suspect after reading it, you will wonder how on earth I ever came to weigh 130kg and why I’m still at least 20kg over my goal weight.

I’ll start at Boxing Day, as it dawned with the vague commitment to clean eating and healthy living. Although then (naturally) I remembered that my birthday and New Year were yet to feature before the… well… before the new year, so I decided to defer my extreme dieting (the same as extreme sports, but well… you know, different) and instead, I thought I would just moderate my behaviour without going overboard.

Breakfast:
Christmas Day dessert leftovers – apple shortcake with low fat (Vaalia) lemon creme yoghurt. Not my usual breakfast but I did read that one must eat a wide variety of foods, plus I was still on a post-Christmas Day high. Naturally I topped breakfast off with some vanilla diet coke.

Lunch:
200g gluten-free cheese flavoured Corn Chips with dip made from light sour cream and soup mix!
After travelling to our nearby beach destination, and despite the inordinate amount of food we brought for three days, there was nothing I wanted to eat. My mother sighed and offered to pick up something for me while doing a quick grocery shop. “Corn chips!” I said, “and Caramello Koalas!” She responded that I was supposedly giving up the koalas (a long-held pledge) and headed off the fight it out with others insane enough to visit a grocery store on Boxing Day. But… awwww… shucks, she’s good. She arrived home with TWO packets of corn chips (they are still on sale with a “2 for xx deal”) AND some koalas. Against her better judgement she said.

Afternoon tea:
Six caramello koalas (Being the evolved and mature person I was/am I was rationing out my supply!). Oh… and then there was champagne. And because I’m all about moderation… I controlled myself and only consumed about 2/3 bottle of champagne over the evening. (Yes, even I am surprised at my willpower sometimes!)

Dinner:
Leftover chicken, pepperoni and tomato pasta dish. With cheese and sour cream. Obviously. (Consumed with aforementioned champagne… oh, and a couple of glasses of red wine.)
My mother and I are staying at relatives’ very gorgeous beachside house and she’s particularly nervous about their white goods which require PhDs to operate…. so the plan is NOT to use the oven, cooktop, dishwasher, washing machine or clothes dryer for the entire 3-4 days we are here. I think brands like Bose, Miele and Loewe scare her!

Post-dinner snack:
Remainder of caramello koalas (which I guess was six, unless my mother stole one while I wasn’t guarding them)… oh… and the wine.

Exercise:
After much angst and stress (referred to in my last blog post) I went for an early evening walk, which would have been longer than 30 minutes had I not run into someone I know.

TOTALS: Calories burnt: about 200. Calories consumed: at least 3000. Or possibly more, as I stopped counting.

Breakfast:
Bacon and egg sandwich on toasted gluten-free bread. I know this might sound unhealthy, but it’s what I have almost every morning and is fast and easy. Bacon and egg are zapped (bacon first, then egg on top) in microwave in a small ramekin dish under a paper towel, then inserted between toasted slices of bread (and yes, I do wonder why no one’s approached me to publish a cookbook!). I use the partially-cooked egg yolk as butter. From memory (as it’s been a while since I calculated my calories) this has about 287 calories. Oh… and it’s yummy. And there was also some vanilla diet coke. Naturally. 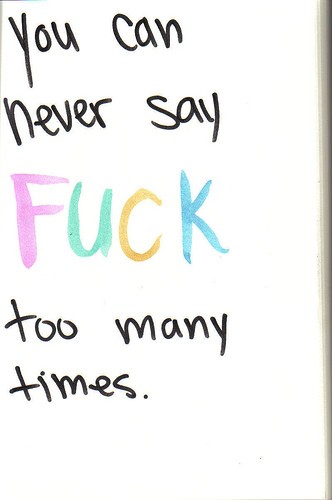 As some of my old school friends were also in / near my hometown on holidays we gathered for an ‘old girls’ catch up. I see some of the girls regularly, but one I hadn’t seen for about six years and another since we left school over 25 years ago! It was fairly last-minute but six of us met over lunch. Four of the six are mothers of young children so I wasn’t sure if they’d want to be out for long. Hmmm…. FAMOUS LAST WORDS! We met at 11.30am and left the venue at 4.30pm, having all done a ‘shout’ of a bottle of champagne. Much fun was had and many (many) tragic photographs posted to Facebook.  (Note to self: remember to ‘untag’ the uglier photos later!)

Breakfast:
Cheesecake and vanilla diet coke.
It should be noted that it was my birthday and my mother always makes a birthday cheesecake, which I usually consume at various stages during the day. (I should also note that the cheesecake is usually gone by 29 December!)

Our view at brunch

Eggs Benedict (although on gluten-free toast, sans green leafy stuff and with bacon). And diet coke.
Mum and I brunched out (her shout) at a nearby cafe for my birthday. It was most pleasant.

Afternoon snack:
Slice of birthday cheesecake and two glasses of champagne.
One of the glasses was consumed while at a spa treatment (a birthday surprise from my mother). And I should confess that when I say ‘slice’ of cheesecake… I mean a big chunk comprising about a quarter of the cheesecake!

Dinner:
Fillet steak with creamy sauce and fries. And three glasses of red wine (two nice and one horrid).
Finding gluten-free fries or chips is a rarity, so I have overindulged in them over the last couple of days. (Although it could be said that it is possibly NOT the worst thing I’ve done!)

TOTAL: Calories burnt: less than 300. Calories consumed: too many to think about.

Today's breakfast... because it's still my birthday somewhere in the world

So… there you have it. I sit here writing this the morning AFTER my birthday, as I consume the last of my cheesecake. Our sojourn at the beach ends today so I thought it politic to end my food and exercise diary at the same point. Plus I’m kinda bored with it now. Perhaps I will start another in the New Year and I’m sure you’ll be sitting on the edge of your seats waiting for that! Of course I’ll be back at work by then so there’ll be no long lunches or afternoon champagnes. And presumably there’ll be my usual lunchtime gym sessions.

I hope this post has been of some use to my readers, particularly those less-experienced in the ways of healthy living. I know that when I’ve read similar posts by others I’ve felt envious of their achievements; and something of a failure at my own efforts in comparison. So, don’t worry if my exemplary behaviour over the last few days has you feeling less-than-stellar. Don’t forget… I’ve been at this for a while, so am quite an ‘old hand’.

And there endeth the lesson.