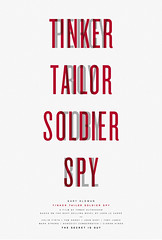 I believe I’ve had a whinge in the last couple of weeks about my difficulties in getting out of bed. Whereas just a month or so ago I was bounding out by 6.30am (okay, so not exactly bounding…) to do an hour of blog-writing before the commute into work; over the last 2-3 weeks I haven’t wanted to leave the comfort of my bed. And tiredness has only been part of the reason… mostly it’s been because the moment I move my back has been sore and achey (which I realise also means the same as sore, but I’m adding it for extra impact!).

The first week I put it down to a DOMS (delayed onset muscle soreness) from a Pump class. But when it continued I thought perhaps my technique on some of the back exercises had been incorrect, causing some minor injury/soreness. I have quite a sway back and have to be extra careful to tuck my backside under on some exercises!

I’d planned to talk to the instructor before my next class and get her to watch my technique; AND take extra care myself when it came to those exercises where I might over-arch my back. But… as it happened I had to skip the Pump class last week for a dinner engagement – and told myself that perhaps it was timely as it would give my back a chance to recover, as it was still achey a week after the class.

But… here’s the thing. It’s STILL sore. Almost two weeks later. AND I’ve realised that the pain isn’t exactly in my lower back (which often gets achey and is usually assisted by some stretching and inadvertent – I swear – back-cracking). Rather the pain is more towards the outer sections of my back and a bit higher than I originally thought… sort of under my ribs.

I HAD been thinking I may have needed a remedial massage for the lower back pain. But now I’m wondering if it’s something more. Don’t worry – though prone to catastrophising in much of my life… I don’t do it about my health. In fact, I’m ridiculously blase about getting to doctors to get things checked out (which – in all honesty – is probably more about apathy than anything else!).

I’ve noted though, that the pain has coincided with the commencement of my C25k ‘learn to run’ program. I don’t know if that means anything. I get some pain in my knees when I run, but don’t think I feel anything in my sides / back. The overanalysing-everything-to-death (and not really trusting myself or my mind) part of me, wonders if I’m ‘projecting’ a bit (ie. thinking the problem is related to the running program because I don’t enjoy it and want to quit) when it is really about something else.

I’m not overly angsty yet. But… a couple of years ago (after fat camp and when I started doing A LOT of exercise) I regularly got some pain in one of my hips. After Body Jam (dance) classes it often felt something had moved/was moving around in my hip. I didn’t worry too much, but between that and my ongoing hip-flexor issues SUDDENLY I got to the point where I couldn’t walk properly and spent 10 weeks in physiotherapy. I even had to pull the plug on pilates for a period of time. It played up for ages after that – and even heading into this current weight loss program back in May – I told trainers that I couldn’t run because of my hip. However… although I still get some pain and although I haven’t been brave enough to throw myself into Body Jam classes AND I’m careful on exercise related to my hip-flexors –  it hasn’t bothered me too much at all in recent months.

So, to cut a long story short (one could never accuse me of that!), while I’m not wanting to over-react I’m thinking I need to be a bit careful and wonder if I should see someone. And by that I don’t mean, you know… go on dates (though I do think I should do that at some point in the future). I mean I’m thinking I should see someone who could advise me on the niggling back/sides issue. But here’s where my master plan (for world domination) comes unstuck. Who the f*ck do I go to see?

Do I go to my doctor, who’s good in some situations, but would probably refer me onto someone else anyway (which means taking time off work for TWO appointments; more if I had to have x-rays etc)? Do I go to a physio, who will ask me about specific movements and soreness, which I’m not great at describing? Plus I don’t have a particular physio I see (having lost a lot of faith in them during my hip debacle!) Or do I start with a remedial massage therapist, to make sure it’s just not sore muscles which would benefit from some firm hands (and the like).

Back when my hip didn’t improve significantly after A LOT of expensive physio (dry needling, specific exercises etc), my (then) pilates instructor suggested I try an osteo-something or other. Sadly I didn’t go ahead and make an appointment. In subsequent months I also tried a few alternate physios specialising in different things. Nothing really helped other than NOT exercising… which of course (given that I was in the process of putting on about 20kgs) suited me just fine. 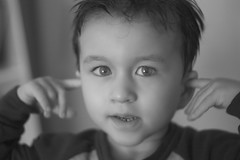 And finally, quite frankly… it could be said that I’m a tad apathetic with these sort of things. I get the guilts about having to leave work early / come in late for appointments – so tend to put things off. And well, ummm…. I’m the sort of person who sticks their fingers in their ears, sings ‘la la la la la’ and hopes the problem at hand goes away. But, alas, two weeks on and getting out of bed today almost killed me! Once I’m moving about I’m fine, it’s just the leaving the bed that is particularly painful.

I’d welcome any suggestions and love to hear from anyone else who’s in a quandary about medical professionals or who’s suffered some apathy in addressing an injury.