A reader of this blog recently told me she’d read my posts from start to finish and commented on my mindset change over that time. This hasn’t been as obvious to me given that it’s probably been fairly gradual. In fact, I tend to think of myself as STILL being quite negative: a glass half-empty person rather than someone brimming with self-confidence and enthusiasm for life.

I decided, following those comments however, to read back over old posts to see if I could also identify some positive changes. 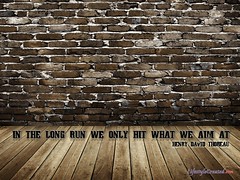 It’s been quite timely as I’m currently in my hometown for a longish weekend. I don’t get home as often as I’d like but I’m trying to rectify that as my father has dementia and I’d like to help my mother out a bit more.

I actually started this blog just over a year ago to document my (what-I-hoped-to-be) final attempt at losing weight through Weight Watchers (WW). For a change I was embarking on WW through a one-on-one consultation program run out of a department store, Myer, but I’d only had minimal success (losing about 6kg) before taking a 6-7 week break: I’d planned a couple of weeks’ holiday, but also had agreed to spend a month in my hometown to look after my mother (and father) after her knee reconstruction surgery.

Coincidentally that was at this exact time last year.

Readingback over the posts from last July – September in particular makes me realise that my reader was right and (to quote Elizabeth Bennett to Mr Darcy) ‘…My feelings are so different. In fact, they are quite the opposite.’

This time last year, I was miserable about my weight but felt disempowered to do anything about it. I seriously had little hope that the diet I was then on (ie. WW) would result in any long term change. And… I most certainly wasn’t seriously committed to changing my lifestyle in any substantial way. Most of the posts are full of confessions about the things I ate – that I shouldn’t have – and the ensuing guilt.

Before going to my hometown I spent nearly two weeks at a nearby seaside town housesitting for my aunt and uncle who have a gorgeous house right on the beachfront. At the time my shin splints were particularly problematic. So much so I’d bought a little jogging trampoline to use at home as walking had become an impossibility (yes, like some 1980s throwback!). But… as I was at the beach, I decided to attempt daily walks – which I did – though grappled with the slowness of my pace and paranoia about my shins.

Then there’s one of my favourites, the visit from the (somewhat annoying) neighbour who I’d looked down on because he seemed to spend the day drinking beer in his beachfront unit while complaining about a work injury and planning a motor cycle ride around the country.

It was during a conversation about losing weight that he offhandedly told me his current weight – which was just under what I was at that time. Shit shit shit. I still remember my horror at the time…  with this small but very round man standing before me.

At the time I felt desperate and forlorn. I still remember writing the post which bemoans the fact that – even if I lost quite a bit of weight – my body was perhaps too far gone to ever look okay anyway… not to mention the fact that I am certainly past my prime.

Once in my hometown I tried to hide away as I have each time I’ve visited over the years, but failed – of course. And on two separate walks during this past visit I’ve been reminded of running into someone I (vaguely) knew from my younger years and my shame or embarrassment at what I had become. 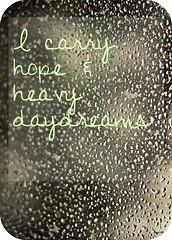 And I’m relieved that – for once – my time spent at home hasn’t been spent binge-eating all of my favourite foods discovered after foraging through my mother’s cupboards, or convincing myself that I deserve the odd treat or two. I haven’t been perfect… I’ve had more mashed potato than I should have and had wine on a few nights, but I’ve walked each day and I’ve eaten ‘normally’.

And… the biggest change of all is that I’m filled with hope. I look forward to looking back at these posts this time next year and being filled with wonder at how far I’ve come!