I actually had a completely different post half-written for today (and the pictures chosen and everything!!!). But… as it happens I’m not in the mood to polish and publish it.

You should feel relieved as this post is (bizarrely – for me) quite a positive one, and far more so than the discarded draft.

As I’ve mentioned here before, one of my closest friends got married last weekend. She, two other friends and I were the last of my extended group of friends to remain single. Slowly over the past five or so years (from our mid-late 30s), all three have settled down with someone. One married and had three children in quick succession, and the other two met partners through an online dating service and have been in relationships for a couple of years. 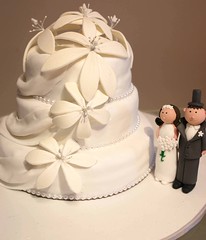 It was hard for me initially as I was used to seeing these girls every couple of weekends. We would just go to lunch and talk (and talk and talk). We shared everything. Once they had partners they didn’t need me for that anymore. But the hard part for me was… that I still needed them. After a slight shit-hitting-the-fan situation we talked about it. Essentially (from my point of view – cos it’s all about me) while I understood that they were no longer easily available to me (and nor should they be) I still wanted them to understand that though they had someone to talk to at the end of the day about their hopes and dreams (and crap that happens at work) I still didn’t AND had lost my usual support system.

I’ve come to terms with this over the years although I still worry how I will react when/if the remaining two friends get pregnant, when I have been unable to. I don’t envy them their partners, but perhaps I will envy them their lives!

I knew, however, that a big test for me would be this past weekend when one of these friends married as I worried I would feel jealous or envious; or even sad that I wasn’t getting the same opportunity.

But… amazingly I didn’t. In fact, I just enjoyed the company of other friends and the wedding and reception itself.

This struck me as strange. Perhaps I underestimated myself. I’ve been saying I have to be less of a victim; that I have to realise that THIS is my life and I need to make the most of it. And… I think I did (on that occasion anyway!) Perhaps I am growing stronger. 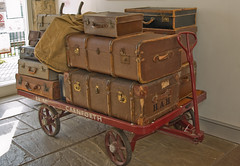 A number of other changes hit home on the weekend. In a binge-eating post I wrote some time ago, I commented on the fact that I have – on occasions – treated my friends badly because I preferred to be at home with food for company. I’ve been very hermit-like throughout the past 10-15 years to the point that I’d do almost anything to avoid people on occasions. And yet… my best friend (one of the aforementioned friends) has been staying with me over the last couple of weekends, and is returning again this weekend. AND. I. DON’T. MIND. That in itself is unusual.

Equally strange is how I felt about myself at the wedding last weekend. I wrote a while ago about my decision NOT to frock up for the weight loss program finale party OR the wedding of the decade. And… I stuck to that. I just didn’t feel I was ready to don some new fabulous dress when I am still 20-30kg more than I’d like to be. But… in ploughing through my boxes of clothes (aka, stuff I’ve bought on eBay and never worn) I found some things that are closer to fitting (since the recent weight loss). A lot of these clothes are by a favourite designer Nicola Waite, bought on eBay and still with tags attached. I found a fabulous shirt I didn’t even remember I had – a bit casual looking but very very fabulous… and I wore that. Sure I was very slightly self conscious that nearly everyone else (well, those of the fairer sex) were in frocks, but I didn’t feel too porky or uncomfortable. I felt worthy and I felt good. SUCH A CHANGE from the usual self-consciousness I struggle with.

I suspect that seeing photographs of myself will dispel the vision I have in my head, but – who gives a shit cos, at the time I felt relaxed and happy.

So… things are a-changin’ for me I think. I’ve got a long way to go, but I’m thrilled that I’m noticing some positive differences in my attitude and behaviour. And… things can only continue to get better – surely!