As a connoisseur of fine television (as well as some particularly spectacular trash) one of my favourite TV shows is Buffy the Vampire Slayer. And (as I’ve said before) I believe that its creator Joss Whedon is freakishly talented and an eccentric risk-taker of epic proportions.

I’m not sure I have favourite episodes of the show, rather I have favourite moments – because there are so many throughout its eight seasons. But a memorable episode for me was The Body, in which Buffy, our superhero who saves many a damsel, dude and demon in distress, arrives home to find her mother (Joyce) dead of natural causes.

Whedon shot the entire episode without any background music or a soundtrack of any kind. I read in an interview that his intention was to not offer audiences any of the usual ‘comforts’.

Although it is the later scene involving former-demon Anya’s blunt but innocent  confusion over death and its wastefulness* that always had me in hysterics-of-the-bad kind; the part that always hit home was one of the earlier scenes. After Buffy has found her mother and called paramedics, she opens the back door of her house. The sounds coming from neighbouring houses, including children playing, is in stark contrast to the shocked silence of her own house. 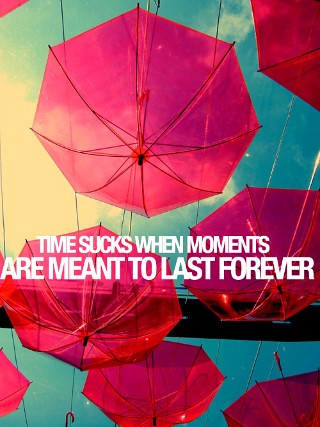 When I first saw it I was reminded of my grandmother’s death. I recall accompanying my mother to the funeral director’s office to make the decisions-you-don’t-want-to-make when it struck me: the world around us was still turning. People were going about their everyday business – laughing, talking, bitching and so forth, while my own family suffered in silence.

When I later saw the Buffy episode, I was immediately reminded of the isolation and aloneness that comes with death and devastation. Although it impacts directly and even indirectly on a whole range of people, many MANY others continue to live and breathe in ignorance, without a care in the world. As they must.

My own father died last night. Peacefully. Thank god. It had been close for a few days. On Sunday he started gasping for breath and my mother, my brother and I searched each other’s eyes for comfort as my father struggled. At the time we were sitting in dad’s palliative care room with the door open to allow some fresh air to sneak into the stuffy room.The place was full of visitors. At that very moment families were crowded around outside tables in the courtyard. As we sat clasping my father’s hands in an attempt to eradicate his pain and comfort him into whatever came next a little girl’s voice drifted in from outside.

She was a cutie. I’d seen her in the corridors earlier. Clad in bright pink, her long dark curly hair bounced about as she frolicked. In the courtyard she’d found a small fern tree which housed her height perfectly. “Look at me and my umbrella,” she shouted repeatedly to gain the attention of neighbouring adults. Despite my father’s fading presence on the bed in front of me in the silent room, I was drawn to the life outside. And I was hopeful and sad at the same time.

More on my dad: his dementia and his borrowed heart.