In order to procrastinate longer I burrowed myself further into my flannelette sheets contemplating the task before me.

It’s Wednesday which means it’s time to weigh-in on the 12 week challenge. GULP!

I confessed yesterday to my obsession with the scales and their verdict. Many years of dieting (and not dieting) have brought about an unhealthy fear of those numbers; I fall flat when there are increases and sometimes, even when I’ve lost weight, I wish it was more. 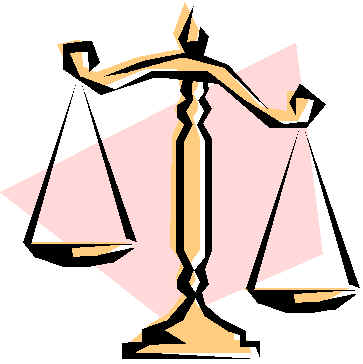 I talked yesterday about the impact that the numbers have on my day. It’s almost as if I need to know how I’m going before I can work out if it’s a good or bad day. Like someone who reads their stars every morning, or checks their tea leaves: ‘Oh, wait, let me get on the scales before I leave the house, so I’ll know if I should be in a good or bad mood!’

I frivolously joke about the evilness of the scales themselves. An I blame the numbers. It’s the numbers – I say – that judge me. But of course it isn’t. They are just that. Numbers. Meaningless without context.

I’m the judgemental one. I’m the one who decides if I’m allowed to be happy or not. I’m the one who forces myself to spend the day with that niggling depressing thought in the back of my head when I’ve gained weight, or not lost enough.

This morning while in bed I started reading others’ results via Twitter on my iPhone. (Love love love my iPhone by the way!) The results were mixed. Some people were happy with their losses, others weren’t. Some gained – expectedly and without warning. My natural instinct is to console those who didn’t lose weight or were disappointed at their loss or gain. That’s human nature. We want to support them and encourage our colleagues in these situations. There may be reasons or excuses. Or there may be no logic to it. At all.

What occurred to me today is that – though I’m prepared (and eager) to support others, I’m not as generous with myself.

Years (and years) ago I went to a workshop. The facilitator asked us to raise our hands if we were: intelligent; or kind-hearted; or attractive. Everyone in the room looked around at each other with concern. No one raised their hand. It wasn’t unusual, he said, that no one wanted to be seen to be boasting about themselves.

He commented that we should be treating ourselves the way we treat others. The reverse of the ‘do unto others…’ quote. Sort of.

He asked us to think about things we say about ourselves or consider our self-talk: “God I’m a pig.” “I’m so fat.” “I’m so weak!” “God, I’m an idiot!”  Then he asked if we would say these things about another person or to another person.

“OMG no!” we all said. He’d made his point. We sometimes treat ourselves terribly. I can be very hard on myself. Very ‘down’ on myself. I mentioned in a previous post an encounter with a work colleague (I barely know) who picked me up on that very thing.

I know we shouldn’t let ourselves off the hook completely, but a bit of kindness wouldn’t go astray. Perhaps if I was less angry with myself when I achieved poor results on the scales, I wouldn’t have such an aversion to them.

I talked some time ago about playing Pollyanna’s Glad Game and being more positive – about everything. But perhaps I need to start with myself.