I’ve been pondering a bit on a blog post I read last week, which was quite timely – particularly in light of my recent musings about choices, chances and changes.

Jo, from And Anyways, discussed a podcast she’d heard involving someone who lost her memory (for about six months) following a problem while undergoing an anaesthetic. Amazingly – although with no memory of her previous life or experience –  she retrained in her job and actually achieved some ‘better’ outcomes this time around.

Jo wondered what it would be like to be incapable of remembering past failures. She imagined that having a blank slate on which to start again, without old baggage could be very advantageous with our fear of failure or past experiences gone.

She also talked about ‘firsts’: not remembering the first time you did something (kissed someone, saw a sunrise etc) and getting the chance to re-experience that first time.

I like the idea of NOT remembering the bad stuff and the failures. I wouldn’t remember not getting picked for certain sporting teams, or my coach who – early in my basketball career – had no confidence AT ALL in my ability.

I wouldn’t remember that I was once slim and a wannabe model and wonder how the hell I became the person I am today. I wouldn’t have the regrets I talked about in my last post. No Sliding Doors moments when I wished I’d continued journalism study rather than commerce, or taken one job over another.

Jo’s post reminded me of my father, who passed away 21 months ago. I’ve mentioned before that he suffered from vascular dementia so had no ability to retain new memories. He (mostly) remembered his childhood and our lives, but had no idea what he’d done the week before, that morning or 5 minutes ago.

I tried to imagine what it was like for him. It’s been a long long time since I was drunk enough to have a memory loss but I still recall the feeling of disempowerment. Even now, if I’m really tired when I finish watching TV or reading a book I find my memories of its ending murky. And I hate it. It feels as if there’s a gaping hole in my life.

My father adjusted. After a period of time where he was surprised and frustrated to realise he couldn’t remember things he just seemed to accept it. And – he actually got to continually experience a lot of ‘firsts’. Again and again. In his final years, you could show him pictures of my niece (his only grandchild) almost hourly and he’d smile with delight. He was constantly bewildered by technology and impressed with the world around him – discovering things anew every day.

He wasn’t in the right place physically, mentally or emotionally to really make of the most of the time, but it’s occurred to me that it would be like ‘living in the moment’. Eckhardt Tolle and his ‘Power of Now’ followers might revel in such an opportunity. 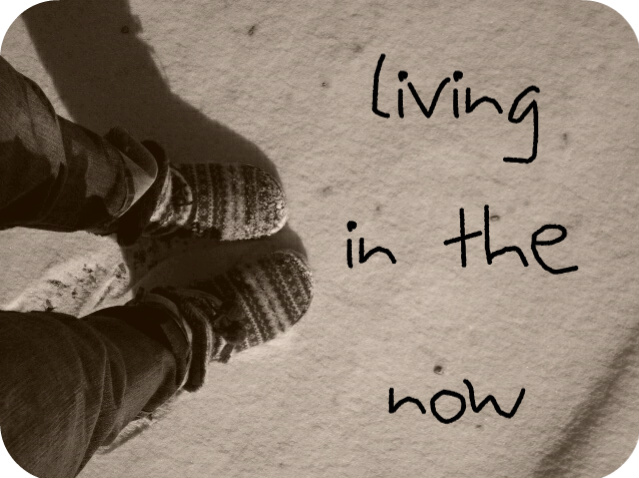 Dad really didn’t know he was going to forget everything he was doing and experiencing. He’d realise he couldn’t remember anything recent and his long-term memories were becoming murky but – in his last few years – he just went with the flow. He didn’t live large however, and I wonder if that’s the trade-off – for both dad and the woman from Jo’s podcast.

Dad could exist in the moment but without the momentum of the past and an enthusiasm for the future, he had no impetus to live life on the edge.

I have to admit that (from afar and not having to live with his confusion and constant questions) I was relieved that dad’s long-term memory was essentially intact and only new memories affected by his illness.
While neither long-term / short-term memory loss would be ideal, which do you think you’d prefer?
Any other advantages or disadvantages I’ve missed?