Just a short post from me today (famous last words) as I’m in the middle of my ‘real’ post which is taking some pondering, mulling and thinking-in-general. (And, as a result, some procrastinating!)

However, I just wanted to update you on my June challenge, given that I am a whole 2.5 days into it.

Plus, I am in a super good mood and thought that in itself was so rare that I should share it with you.

The day didn’t start like that. In fact, I didn’t crawl out of bed until midday. I woke much earlier – obviously. In fact, I woke several times. I got up to go to the loo and stretched my body a bit (my back is always still really sore when I wake up each day – though better after I move around) but felt so sleepy I decided to remain horizontal.

Initially I blamed myself and the fact that I read until 1.30am. I would have polished the book off much earlier but spent some of the evening watching a DVD I’d borrowed – a rare treat for me nowadays so had to finish it. (Incidentally I didn’t enjoy either I borrowed for the weekend. I watched Tinker Tailor Soldier Spy on Friday night and We need to talk about Kevin last night. Neither was as good as the novel on which it was based – which is kinda typical I guess!)

Anyway, initially I used that as my excuse for tiredness, but then as my 8-hours came and went I figured that if I was so bloody tired I’d just stay in bed. I was unwell last Tuesday and slept half of the day away, and had a long snooze on Friday as well… so perhaps I am still recovering. I’m sure they say your body knows best.

Of course after extricating myself from my pink flannelette sheets I started pondering on lunch. Although I grocery-shopped yesterday, in true form I forgot half of the things I needed. A quick trip to the supermarket was the obvious answer, but… although I successfully manoeuvred my way through the aisles yesterday while resisting temptation, I wasn’t confident I could do it again in a slightly-fragile state of mind. I eventually decided that I would order takeaway Chinese from my fave haunt – which I’d been craving, but hadn’t had for a while. Naturally the apathy of having to drive somewhere then kicked in. Not to mention the fact that I’d have to do something about my hair which is sitting vertically (although in a range of directions) atop my head. *Sigh*

So, to console myself and give me some decision-making time I pulled out a vanilla diet coke (yes, I know!!!) and sat down at my computer. 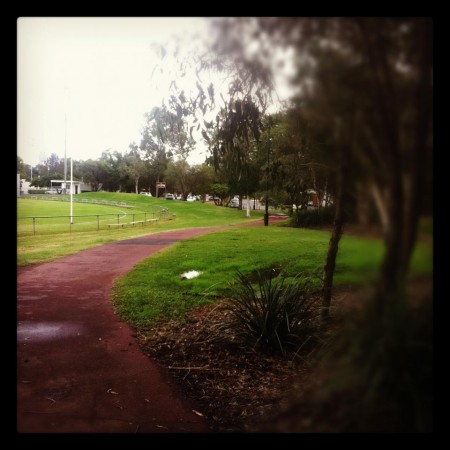 A couple of hours later and I was over the melancholy as well as the desperation or desire for some interesting lunchtime concoction. I had cause to update some followers on my efforts for the first two days of June which reminded me that… I’m actually doing okay. I’m so prone to jump to the worst-case-scenario, I forget that the glass is SOMETIMES half-full!

It occurred to me that for the first weekend in recent memory I hadn’t indulged in my danger foods. At all. That in itself is an achievement. I also did a walk in the middle of the day yesterday – complementing my four sessions at the gym this week. So, not only am I on-track for my June challenge, but I feel quite confident that I’ll achieve it. (Good god!!!)

And after I finally managed to set up some email accounts for my blogs (a huge achievement for me in itself as I am technologically-challenged and somewhat apathetic when it comes to things that feel just ‘too hard’), I realised I’d be happy with my usual weekend brunch ( which is essentially a slight extension on my weekday breakfasts) and the need for a ‘treat’ has passed.

I feel confident enough to venture into my corner store to get the missing essentials and I will do an online grocery shop later this week rather than suffer through temptation again. Although… it’s my hope that over the month, the yearning to grab my usual vices weakens, until they don’t sing to me at all.

I hope everyone’s having a lovely weekend.