I promised myself that, at the end of the first round of this weight loss program on which I’ve embarked (in case you’ve been living under a log, or rock, or other large object and missed my blitherings) that a present to myself would be… a new pair of sneakers. Da-dum! Drum roll etc etc. It’s true. It doesn’t sound THAT exciting given I busted my gut for 12 weeks to lose 18.7kg, but still…. I’m rarely one to hold back on the ‘treats’, am single and live alone… so really buy what the hell I want, when I want it, with only myself to answer to. So – all in all – the sneakers weren’t THAT big of a deal, nonetheless they were something I identified as a non-food-related treat. Plus, the pair of sandshoes (sorry, Australian-speak for sneakers, trainers or runners) I have are over one year old and are embarrassingly smelly. Plus, they’re old and a bit passe. I’M READY FOR A CHANGE!

But – me being me – about six weeks has now passed since the first round of this weight loss program finished and I am yet to procure the new sneakers. I have many excuses. I’ve been busy: house shopping and selling; and I’ve been away visiting my family (in my small hometown with minimal (ie. no) sandshoe-buying options. Plus… well, plus I hate shopping. WITH A PASSION!

But, the time has come. I’ve returned to the State capital city in which I live, which is literally teeming with sports stores. And such. And, I have the rest of the week off. So I cannot delay any longer. Of course I had great plans to go and get fitted for some shoes. Here in Oz, a chain of stores (Foot Locker) actually has some sort of tread-type test to see how you walk, and then they recommend the best shoe for you. Several years ago when I was still gymming (so it must have been over six years ago) I suffered from plantar fasciitis so visited such a store to get properly-fitted shoes. The assistant (appropriately qualified, I am sure) recommended Asics. Although I’d gone to the store because they having a big sale, naturally the shoes recommended to me weren’t on sale. It was a big call for me… but I caved into peer group (or salesperson, as the case may be) pressure and bought them. But… with SOME resistance.

You see, up until then I hadn’t been an Asics girl. No sirree. I’ve always thought of myself as a Nike girl. Or, rather I had been (devotedly so) since my University days. I still remember buying my first pair of Nike Air sneakers – sometime back in the late 1980s. And they came after my Nike boots I’d been wearing for basketball for a number of years. As it was then the early to mid 1980s the boots were stiff leather. White – naturally – with a navy stripe. I think I only had one pair. My brother – who was quite the basketball star, had a number of pairs which (at $200/pair) must have been  a struggle for my parents.

But in some weird twist of fate, I must confess (but only here) that the Nikes actually came AFTER Asics. Although in those days we called them ‘Tigers’. I still remember my first pair which we’d buy from the basketball sales rep who would travel from town to town coinciding with championships. Obviously he had a store in the capital city (where I now live) but for us then, we relied on his visiting station wagon, when we’d excitedly buy long tube socks, basketball briefs (well, that was me, not my brother) and – occasionally – shoes. In those days (possibly late 1970s) we also bought ‘Tiger bags’. Back then indoor stadium floors were sacrosanct and  one had to wear other shoes TO the stadium and change into your good shoes there. All card-carrying basketballers had a Tiger bag back then. They were bloody tiny and really only fit a pair of sandshoes and socks in them. Nothing like the backpacks we lug around nowadays… although that was also when one wore sneakers for sport, rather than high-tops which came later.

But… despite my early love for my Tigers (aka Asics) I became a Nike girl. For basketball initially and then for everything. In fact, even now for some obscure reason, I really only buy Nike t-shirts. And, if I fitted into them, I’d probably buy Nike pants as well. My favourite sweatshirt – which is now about 8 years old – is a huge red Nike hooded sweater I bought on sale. It’s faded and a bit stained. But I love it and people who know me will attest to my devotion to that bloody ‘jumper’ (as we Aussies call them).

So, back to my dilemma. After the properly-fitted Asic cross-trainers bit the dust, I bought another pair of Asics. Not because I loved them to death, but rather because I figured the salesperson had intimated that they were the right shoe for me and because, well, because they were on sale. And yet now they are smelly and rather-worn. Of course a wash wouldn’t go astray although I’m the sort of person who buys new things rather than wash or clean the old thing. However in this case I don’t feel frivolous, having decided some time ago I was due for new shoes. 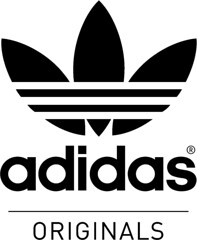 Of course I SHOULD go and get fitted given the recurring shin splints, hip problems and once-regular plantar fasciitis; but already I’m procrastinating about that concept which would require me to venture into a large shopping centre or into the city while I’m on holidays. And, well frankly… bleh! On the other hand, there is an outlet store relatively close by which I could pop into rather easily. I know the 15yr old sales rep is hardly likely to be able to recommend an appropriate shoe for a supinator however, surely I can’t go TOO wrong if I get a decent brand… which FINALLY brings me back to my dilemma. Once upon a time Nike was ‘it’. THE shoe. The company sponsored everyone who was anyone. And others. And I love the Nike Women advertisements even now. But now there are SO many decent brands offering all sorts of benefits. Should I turn?

I must admit I’m a bit worried I’ll go for whatever is on sale, or whatever is kinda ‘pretty’ in a non-girly way. I’ve never succumbed to Brooks or Reebok or even Addidas. But perhaps I should rather than sticking to Nike or Asics. Perhaps I should share the love a little. Or not.

Hmmm… only time will tell.

What kind of guy or gal are you? Do you stick to a specific ‘make’ of sports attire or shoes, or do you share the love around as well? And how do you decide?