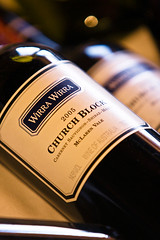 What I was drinking

A couple of days before starting this weight loss program (12WBT) I gave up alcohol. It was an easy decision as I’d had a few too many one night and often go cold turkey for a while after. Usually I only last a couple of nights and my bad habits kick in and I ‘need’ a drink because I’ve had a crap day, or a good day, or just because that’s what I do at the end of each day ending in Y. But this time I held strong and although there were a few nights early on when I really needed to dig deep to resist the urge to go and buy some wine, I thought I would definitely reach the goal I set here, of not drinking at all for the first month.

But alas, I have failed. Increasingly I’d started fantasising about the idea of a wine or two (or a bottle) on a cold winter’s evening and finally convinced myself that I deserved some red wines to accompany some fabulously thick eye fillet steak on Saturday night (our program’s official ‘treat’ night). Of course if I’d only had a glass or two it would have been fine, but of course I had more than that and – for the first time since I started this program 3 weeks ago – I went over my 1200 calorie/day allowance. Amazingly, although I ended the night with more-than-a-buzz, the worst thing I did was loll in the bath at midnight and try to read a book. My biggest fear was that I’d decide to binge-eat anything I could find: cereal and yoghurt, or make biscuit mixture and the like. But I didn’t. Phew! 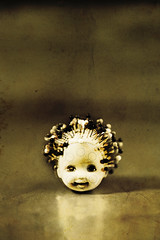 I did, however, succumb to the additional side effect of too-much wine, because Sunday I slept in until 10am. And I had a killer headache, so after some breakfast I went back to bed for a few more hours. Suddenly it was 3pm and the day had all-but disappeared. I had SO looked forward to this long weekend and I basically lost one of those days because of my decadent night of wine. So THAT is what I regret as much as the 700 or so calories I consumed in vino. On top of that, my head was still pounding so the idea of exercise was more than I could bear. So not only did I go over my calorie limit for the first time, but I missed my first day of exercise (ie. not attaining my 6 days/week). 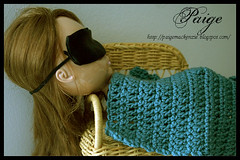 All is not lost. I know. All day Sunday I obsessed about my favourite treat food – corn chips – but I stayed away from the grocery store and had some popcorn (though with butter) instead. AND a low calorie fish dinner, so was well within my calorie limit – despite the hangover.

What I liked most about NOT drinking over these past 3 weeks was never waking up hungover. If I woke groggy, I knew it was just tiredness, not because I had 1-2 champagnes and 2-3 red wines the night before. I’d like to think I’ve learnt a lesson here, but it’s happened before and I’m sure it will happen again. I just wish I could remember how crappy I felt the next day and that THAT feeling was stronger than the one of bliss after consuming a red wine or 3.