I recently spent Christmas at home with my mother. It was just the two of us, following the passing of my father two months before… and I have to say, it was very pleasant and mostly quite restful.

On a couple of evenings, in the absence of anything decent to watch on television, we pulled out home movies – although not those from my childhood, which we’ve watched far too many times. Rather, we found some old videos (yes, actual videos) of my niece. Miss E is now 15 years old and the movies in question were filmed throughout her first five or so years.

My niece was an extremely happy child and delighted in staging ‘concerts’ for family and friends (even then). As a result there were many many (many) LONG dance performances and hilarious renditions of the Sound of Music chorus, which featured regularly… and by 5 years of age, my niece STILL didn’t know the words and would mumble nonsensical lyrics sending mum and I into hysterics each time.

Other than dance performances, there were also many unwrapping-of-presents scenes, from birthdays and Christmases over the period. Although I was living overseas for part of the time I’d often coordinated my visits home for such occasions, so could remember nearly all of them. 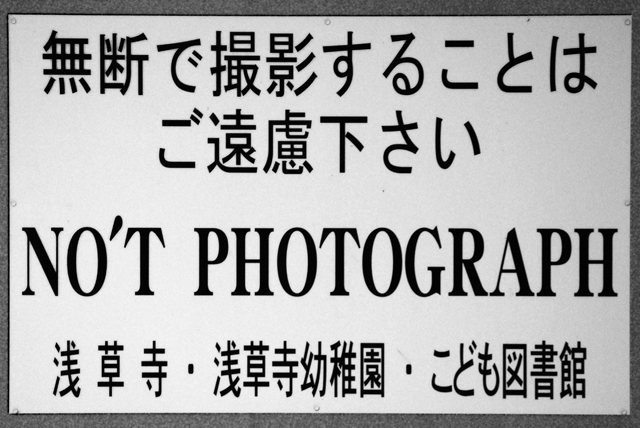 But what I was most conscious about last week when watching them – although they were predominantly of my niece opening her gifts, or presenting them to others – was me. In particular I cringed at a scene at Christmas in 2000 where I literally fled from the prying lens of the video camera. You can hear my sister-in-law reassuring me in the background that I’m not in view. Nevertheless, there are naturally glimpses.

I was at my previous heaviest at the time (at about 120kg). I was working overseas (in a South East Asian developing country) as a diplomat and I’d lost a bit of weight when I’d first gone there over a year before, but – unsurprisingly – it’d found its way home again (it followed me there… just like the proverbial lost puppy!).

Having sat through the vision of that Christmas, and knowing ‘how the movie ended’ (well, having been there at the time), I was keen to see the next Christmas.

I knew you see, that during the following year, I’d gone to an expensive health retreat (as opposed to the oft-mentioned fat camp) because I was stressed,  unhealthy, and unhappy. I was also well aware that the experience was (at the time, anyway) life-changing for me. EVERYONE back in my o/s home commented on the change in me when I returned. My less-than-caring boss even became conscious of the inordinate pressure we’d been under. Not only had I lost quite a bit of weight (and girth) during the 3 weeks, but apparently my face had changed completely! Like a black veil being lifted. In fact, there was an occasion when someone who knew me fairly well didn’t actually recognise me – just over a month after I’d seen her last.

My time at the Golden Door Health Retreat made me rethink my work-life balance (for the first time) and ultimately resulted in my decision to leave the Federal Government when my posting finished, to be closer to family. In addition however, I became more health-conscious (for some time) and kept exercising after I left the retreat. It wasn’t easy. In my then country-of-residence there were no gyms or exercise classes, so it meant walking before the South East Asian sun overwhelmed the day and dancing about (plus doing weights) my air-conditioned spare bedroom. As a result by the time I got home to Oz at the end of 2001 (for good) I was back into double digits. I still had a way to go, BUT I knew I looked better, and I certainly felt better. 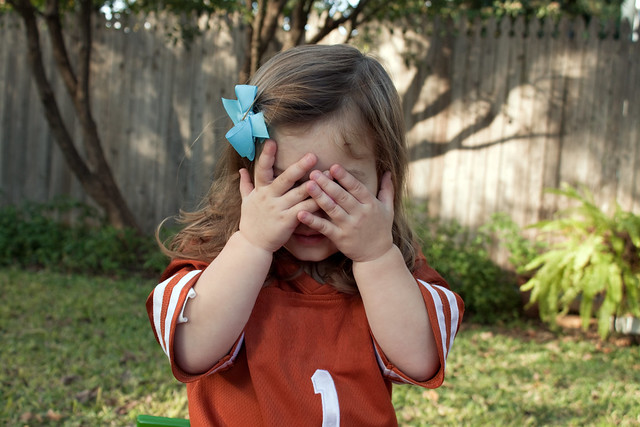 As a result I was keen to see what I looked like on 25 December 2001; and if my lower weight had any impact on my behaviour, or whether I remained apologetic and self-conscious in front of the camera. And watching the video ten years later, it was obvious that I did in fact shy away from the camera less. I didn’t exactly pose for it (I barely acknowledged its presence) but as I was assisting my (then) 5 year old niece in reading names on cards, I featured regularly on-screen.

When mum and I watched it I told her there was just ‘something’ about me in the footage. I don’t know what. I still needed to lose weight and I was dressed in unattractive exercise gear, but it was significantly better than the train wreck of the previous year… although I couldn’t place my finger on exactly what it was. My hair was long and quite blonde and I was tanned from regular outdoor walking, so perhaps it was my colouring. I’m not sure. I just looked different. If pushed I’d say ‘healthier’. More ‘vital’. If that makes sense.

Unfortunately there were some moments over the Christmas period during which I was given no choice. I caught up with old school friends and phones and digital cameras were pulled out for the obligatory reunion photographs. I naturally cringed when I saw them later appear on Facebook and wondered how long I needed to wait before I subtly untagged those of me. 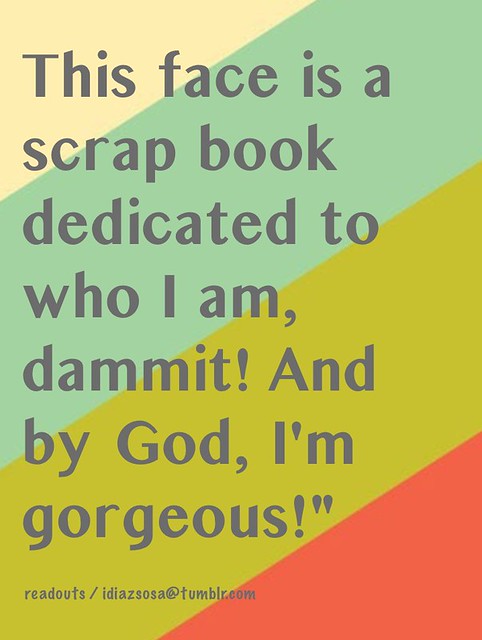 It depresses me that I can’t just pose for a photograph without worrying how fat I will look, or how embarrassed I’m gonna be when I see it, or who else will see it. I don’t want to be like that any more. I want to be someone who doesn’t literally run away when they see a camera, or forbid their friends from taking photographs. I WANT to be that person. I WANT to get there. But, to lose the weight required to NEVER look ‘fat’ in photographs is going to take some time. I mean, I know I’m slowly getting there and already I’m LESS aghast at the celluloid outcomes than I was a year ago.

I’m not a rabid photographer and not one to collect ‘things’ like photographs, but my dread of photographs (solely because of my weight) means there are entire chunks of my life undocumented. And I seriously regret that.

But you know something else… and perhaps even more than wishing I hadn’t been (wasn’t) too overweight to appear in photos; I wish I was someone who didn’t care. I wish that I felt comfortable enough in my own skin, that when someone pulled out a camera, I stood and smiled confidently knowing THIS IS ME. This is who I am. TAKE IT OR LEAVE IT. But sadly I’m not there yet either.

I’m thinking though, that I could fake it. So here’s a personal challenge to myself: next time I’m at something when someone points a camera in my direction I will NOT run. I will NOT hide. I will stand and smile.