About six weeks ago I shared a post in which I celebrated the fact I’d successfully ‘sat with my feelings’ rather than fed them with copious amounts of food.

I don’t think I was overly smug at the time but in the intervening weeks I became somewhat emboldened by this mysterious change. It was as if planets had aligned and suddenly everything made sense. In fact, I was almost astounded that I had ONCE thought that eating everything in sight would help me feel better. Less angry. Less unhappy. Less. #fullstop.

What on earth had I been thinking, I wondered, when I scoffed bag-fulls of caramello koalas or a kilogram or more of hot chips, in the hope they would help with whatever malaise had beset my addled mind?

Angels sang and though it was one very small change, the reduction of binge-eating felt like a huge achievement in my attempts to be healthier. Physically and mentally.

I made it clear back then that I wasn’t ‘dieting’. I’d been there and done that many many times. Often successfully. But briefly. Eating more mindfully and (very specifically) reducing my binge-eating, I said, was just the first step in a more sustainable approach to my health and wellbeing.

I consumed my former binge-foods in controlled environments and the logic which once had me stuffing myself silly no longer made sense. 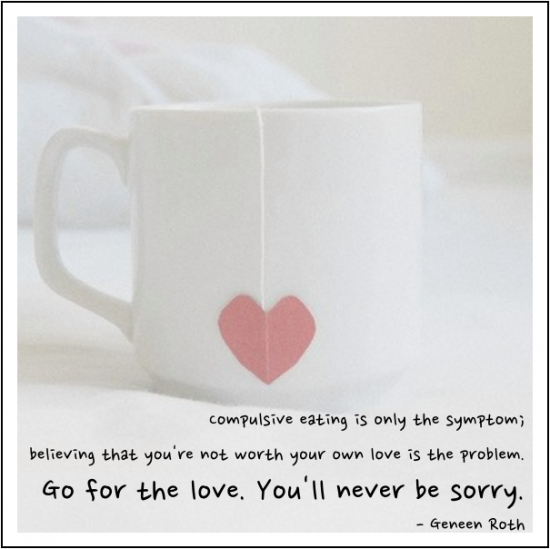 So I ticked that ‘sitting with feelings’ box. Again and again as the weeks passed by.

I smugly congratulated myself on something which had (after 4-5 weeks) surely become a new habit. (Or broken-habit, as the case may be!)

I should have known better.

Two weeks ago I went away and (inexplicably) the need to binge-eat has returned with me. Suddenly it makes sense again and 400g bags of chocolate honeycomb seem like the natural panacea to the ills in my world. Not to mention the hot chips I’ve had several nights each week.

I’m trying to wrap my head around what’s changed and why I seem unable to again ‘sit’ with my feelings… recognising that copious amounts of food will not actually make things better.

They say lightning never strikes the same place twice, but I have my fingers crossed!

Can anyone relate?
How are you with habits?