I got the sack yesterday.

Okay, so it wasn’t actually quite that dramatic, but I am aware that one’s opening line is supposed to be attention-getting…

Creative Writing 101 aside and continuing on with my recent meanderings about mindset; it’s become increasingly obvious to me that only WE are responsible for the way we respond to certain situations and that response is most-certainly shaped by our thinking.

I don’t see myself as a risk-taker which is why, as a project manager, I’ve remained in government rather than work in the more lucrative private sector.

I do (however) get bored easily and like a challenge, so about 20 months ago I took a temporary secondment away from my permanent job at a slightly higher level. After the first year was up I got an extension to stay. And as I love my current place of employment I’ve been happy where I am.

However, about two months ago the area in which my original position lies was dissolved. The executives I worked for/with, gone – forced to skulk off into the sunset.

I’m a single woman in her (ahem – earlyish) 40s. I have a decent mortgage and no one else to help me pay that mortgage. So, on news of my team’s demise I FREAKED OUT. I spent a couple of weeks panicking about what it might mean for me (it is, after all, all about me!). I was almost rendered impotent by questions: How would I pay my mortgage?; How would I live? Argh!

The obvious question, “What would I do?” But then, “What COULD I do?” 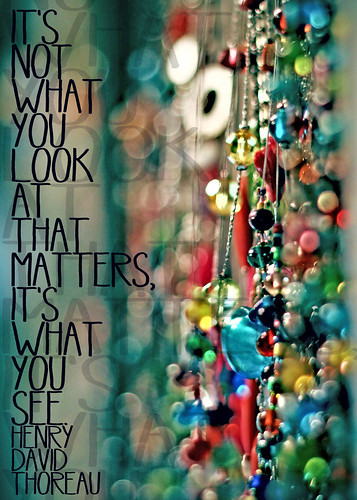 It took me a while but I started seeing this as an opportunity. My thinking turned around.

In reality my CV is pretty good. I’ve had some interesting and edgy jobs and have a degree and postgraduate qualifications. I’d like to think I’m not completely unemployable.

But more than that… I started thinking about my options OUTSIDE of my career.

I’ve never had a break from my working life (not that I’m implying taking time off to have and look after kids is ‘time off’). I’ve always been single, so I’ve always been the bread-winner. And (despite my middle management mediocrity) my life has always been about work.

Earlier this year I did the unthinkable and changed my working conditions to do a four-day week. (Sadly I took on some extra responsibilities at work so that’s since changed.) But the decision to do that was incredibly empowering. I was making a statement that other parts of my life demanded attention: my life wasn’t all about my job.

So now… back to my original point: I’ve been sacked. (Read how the message was delivered in my other blog!)

But you know what? That isn’t what I told people yesterday. “I’ve been offered a redundancy package,” I said.

I’m yet to accept the offer. I could take my chances and remain in my temporary job, hoping something else comes up when it’s finished. I know I’m well thought-of there. They’d love to keep me. If possible. But they’ll be facing similar cost-cutting decisions in the near future. I’d like to make that decision easy for them in my case. (Falling on my sword and all!)

I would never have made a decision to quit work and pursue other passions. Instead that was (mostly) taken out of my control. It’s been forced upon me. (Sort of!)

I’m waiting to see the payout figures before making a final decision, but I’m actually feeling good about it all. It’s amazing what a change of perspective can do.

I have some plans. It’s too early to rabbit on about them yet but I’m kinda excited about the myriad of paths before me.

Have you had a negative experience turn into a positive one?