You probably know (as a devoted reader of my blog – and why wouldn’t you be, after all?!) that one of my FAVOURITE things to do is loll about in the bath as if I have nary a care in the world. It’s not true of course (the nary a care thing, not the love of baths thing), but once ensconced in the warm clean water, it feels a bit like that.

I have long been a bath-lover and find showers really quite unfulfilling. I’m sure Freud (or other long-dead psychiatrist / psychologist) would have something to say about it being akin to being swathed in the womb or something… however, I don’t really care WHY I love baths so much. Just that I love them. I’ve coped without for long periods of times before and – strangely – survived, but in the same way my avoidance of carbohydrates leads to an over-consumption, when I come across a bathtub I go overboard. When I’ve lived overseas (in particular) with access to only a shower and gone away for a weekend, I’ve often made up for it by having 3 – 4 LONG baths a day.

I’ve just arrived back at my own house after a week or so at my parents’ place (guess I will need to start saying mother’s place – though not yet) and as I lolled in the bath to consume 1.5 novels last night I became conscious of one thing as I lay back and let the day (week) wash away… It isn’t as tight a squeeze as it was a few months ago! 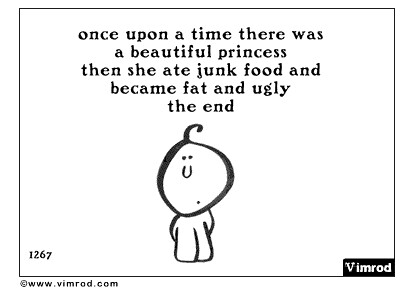 In my Bathtub Diet post, before I started this weight loss program and when I was still contemplating lap band surgery, I commented on the fact that it felt like SUDDENLY my backside had grown and was even more tightly wedged into my bathtub than normal. Strangely it played on my mind as much as the numbers on the scales because the place I once felt supported and contented (in my cocoon of water) was a constant reminder of the thing I most hated about myself and my life. No amount of champagne (delicately sipped while lolling) or entertaining reading could take my mind off the distracting fact!

But… although my butt is still rather large (!!!), some of the 25kg I’ve lost must be from the nether region because, although it’s not (read: far from) roomy, I don’t have to lather my backside up before sliding into the tub for fear of getting stuck.

It’s a pleasant and unexpected reminder that I’ve come a long way (physically and hopefully mentally) since I wrote the Bathtub Diet post in March. At that time I was about to embark on my own calorie-counting diet. It must have failed. Obviously. I have to admit I can’t even remember starting it, let alone feel any dismay about its lack of results.

My motivation / commitment to continued healthy eating has been seriously tested over the last couple of months and even now, I struggle to remain on the straight and narrow. But it’s reminders like this (ie. the fact that my favourite place in the world is again comforting, not confronting) I need to keep me focussed.