Back when I worked in international aid and development I went for an interview with an international non-government organisation. It was one of the ones you’ll have heard of and they do a lot of great work in developing countries.

I was interviewing for a project management position in Africa on one of their projects. I’d had two phone interviews and flew to their head office for a face-to-face meeting. At the time I was working for the Australian Government’s aid agency managing projects in the South Pacific, albeit from head office in Canberra. I’d only been out of the field for year or so, but it felt too hands-off. I wanted more.

Early in the interview one of the staffers told me the project I’d be looking after was floundering. The government (of this impoverished African country) was ‘supposed’ to maintain and replace key pieces of infrastructure on which this project depended. But they had little money so they didn’t and it seemed they had no intention of doing so.

It took all of my willpower not to laugh in the faces of my interviewers. By that time I was seasoned and cynical (which I know isn’t always a good thing). Nevertheless it seemed a rookie mistake to be implementing a project dependent on something a cash-strapped government said it would do. There was no MOU and seemingly no real commitment on behalf of the government in question. 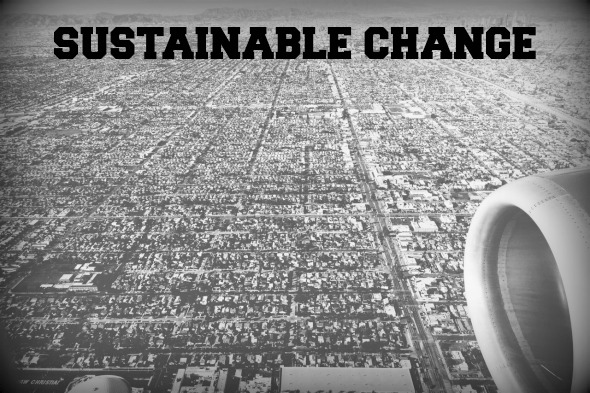 A key tenet of the Australian Government’s aid program back then (in the mid-late 1990s) was ‘sustainability’. We were starting to see the error in our ways—realising we were often putting money into infrastructure and services which were not sustainable longer term. I’d been sufficiently exposed to that way of thinking I was surprised others were still naive enough to hope for the best.

My own cynicism aside, I’ve been thinking about this issue of sustainable change a lot of late.

Recently I was asked to provide some advice to new bloggers. My advice*? 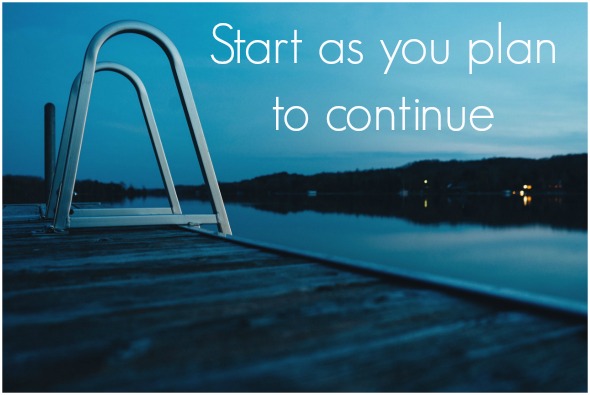 I’ve been blogging for over 6.5 years (though seem to have made little headway 😉 ). In that time I’ve seen many bloggers come and go and one of the BIGGEST problems I hear of is that people start with—what’s akin to—too much enthusiasm. They’re going to post daily, they decide. Or several times a week. They’re full of grandiose plans.

A month later they’re exhausted… and they give up.

As an all-or-nothing type I’ve always been conscious of that behaviour. We’ve all been there and we’ve seen it in others. Those who join a gym… going twice a day at first. They’re hard-core. And a month later they are sick of it. Burned out far too soon.

I’m pretty good now at monitoring my behaviour. At pacing myself. At starting as I plan to continue. It’s about being committed for the long haul, rather than the short sprint

The one area it remains a challenge is on the weightloss front. Over thirty years of dieting (and not-dieting) has taught me successful and sustained weight loss seems to be all about lifestyle change. SUSTAINABLE change. Indeed, those I know who’ve kept (20+kg) off over the years are usually involved in the fitness or wellness industry. They’re converts.

I was reminded recently of a breakfast catch up I attended in the mid 2000s. I’m fond of breakfasts out and I’ve had MANY. On this occasion I was doing Weight Watchers (for the umpteenth time). One of the friends was on another diet program and both of us sat there, cross-examining the cafe staff about the omelette. How many eggs? Was there butter? Cream? Low fat milk? Could they just use egg whites?

The irony of such obsessiveness seems ridiculous now. Now when I can eat 1kg of hot chips in a sitting with no qualms. Or as much chocolate before feeling ill. I lost 30kg on Weight Watchers that time around and was only 10kg off my goal. I avoided chocolate for almost five months.

And then I gained back that 30kg. And another 20. For good measure.

After my recent post about ‘needing’ to lose weight I very much appreciated the support and suggestions about making small changes. And after further contemplation I’m refining that to… small SUSTAINABLE changes. I’m not entirely sure what they are yet, but… they’re on my mind.

Are you an all-or-nothing type?
Do you ever think about your habits or lifestyle as being sustainable?