This is the third post written for today / yesterday – which is why it’s a tad late. I decided not to go with one I wrote about my love of dancing. It was damned boring… though beware, I may pull it out when stuck at some point in the future. The second post was about being ‘alone’ and was a bit angsty, so is probably more suited to Debbish than Diet Schmiet.

And then there’s this one which struck me today as I was wheeled about in a hospital bed.

I should start by confessing to a ridiculous secret yearning. And it’s not about sex or world peace.

In fact, it’s so pathetic (and naive) it’s beyond embarrassing. But… I’ve long wished for a little stay in hospital. I know people with chronic illnesses (such as my father and many others) would think I need a good slap around the head. And – of course – I don’t actually want to be sick. But… I do like the idea of someone taking care of me for a bit: someone doing everything for me and taking responsibility away from me. Just for a little while.

This thought occurred to me again today as I went to a nearby hospital for an endoscopy. The day surgery itself was no biggie. I’ve had endoscopies before. And these are only to check stuff in my stomach because of my autoimmune diseases.

Naturally it’s a bit of a hassle. I live alone so have no one to take me or pick me up. I get taxis to and fro and have to fib about having someone at home to watch over me (which you are supposed to have post-anaesthetic. Apparently).

But today as I lay there in the hospital bed waiting (mostly-patiently) to be wheeled into surgery I was again reminded of my little fancy. I was totally at the mercy of the medical staff for whom I was waiting. And I must confess there was something kinda freeing about that.

It makes no sense. My recent posts here and in my other blog about the book 50 Shades of Grey were filled with indignation at the concept of HAVING to play a submissive character. “I’m a control freak,” I said in MANY of my responses to comments. “I’m not gonna call someone Sir and let them treat me with minimal respect if I have something to say about it.” 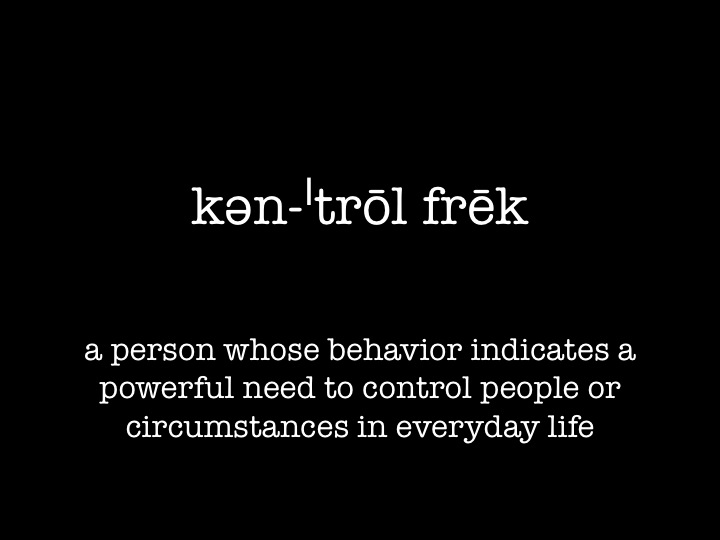 I’ve admitted before that the thing I found hardest about the fat camp I attended (modelled on The Biggest Loser) was having control taken away from me. I wasn’t able to make decisions about what I ate, what I did or when I did it. And… particularly in the first fortnight, I didn’t know what to expect or what was coming next. It stressed me no end.

HOWEVER… bizarrely I’m okay with the notion of fate. I CAN be zen about things if I feel I have no choice or no say in the matter (and I KNOW it’s beyond my control!). Yes… go figure. I don’t get it either.

We human beings are so complex. One one hand I’m a control freak… BUT I confess to having minimal ‘self-control’, particularly when it comes to food. (So, I wonder, do I yearn to control everything around me BECAUSE of my inability to control myself?!)

Bizarrely, I was once the opposite. Theory suggests that those (like my former self) who become anorexic do so because we believe we have no control over our lives and the one thing we can control is what we put into our bodies.

And then there appears to be this lurking desire to have control taken away from me. I realise that part of me finds it exhausting to HAVE to constantly be in control (stage-managing much of my life and those around me and having to stay four steps ahead) and just wants someone else to do it. For a while.

God… maybe I could be more submissive than I think. Argh!

It really is too confusing to dwell on such contradictions. We sure are complicated creatures!