In my last post I talked about the fact that I had to ‘ground’ my inner teenager who spent the weekend considering all sorts of unhealthy food options.

I have to say, the arc of my weekend thought processes – mentioned in that post – intrigued me. My reaction to being in my hometown and ‘shopping’ was pure habit: it meant fun and exciting junk food. Cos that’s what I do there. I have treats. But… as you all now know (the eloquent prose of that post being burnt into your brains!) I reminded myself I’d committed to being careful about what I eat for 21 days. I also reminded myself I’ve been feeling fat and bloated and yucky and was spiralling out of control.

So, I skipped the treats, sighed deeply and pouted like a petulant teenager who’d been grounded.

One of the reasons I decided to try the IsoWhey protein shakes was because I wanted to break a habit to which I was rapidly succumbing: I’ve been worried my increased ‘mindset’ focus resulted in me allowing my behaviour to get out of control. My not-dieting approach was starting to result in some weight gain.

The ‘shakes’ were my attempt to force myself to behave in a certain way. 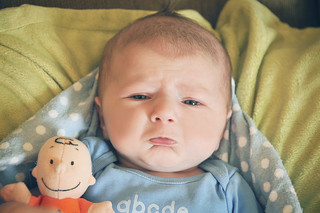 I prepared to feel deprived (as is usually the case when I ‘diet’). I prepared to sit around pouting and moaning that life wasn’t fair. I prepared to have the occasional temper tantrum akin to that of a two-year old denied a chocolate treat.

Even worse, I must confess, I really didn’t expect to survive a week. I was sure I’d crumble and give up.

I’m not sure I really want to admit this, although I probably have done so less-bluntly in the past.

I believe I’m overweight (obese?) because I’m f*cked in the head for some unknown reason; resulting in my previous bouts with anorexia and bulimia and current disordered eating. Is that a cop-out? Is blaming my f*cked-up mind allowing me to not take responsibility for the decisions I make and for my own behaviour? Shit! Probably.

It feels ‘wrong’ to deprive myself of anything – even my binge foods / triggers which I know I can’t eat in small amounts. I tend to think that ONCE my mindset (and f*cked-up mind) is ‘better’ then I will be able to eat whatever I want, whenever I want it, although there is some vague assumption on my part that I won’t want to.

A few weeks ago I was talking to an older work colleague about a dinner fantasy. I wanted frozen chips I told her, heated in the oven with chopped up bacon, onion and cheese over the top, served with sour cream. (which, if memory serves me, I probably did indeed have!) My colleague was agog at the concept of piling one unhealthy thing on top of another, and another. She doesn’t have a weight problem and doesn’t diet. “Why wouldn’t you eat that?” I asked her, saying I wasn’t suggesting it be eaten EVERY night. She was adamant, that it was too unhealthy and fat-laden.

I’ve thought about this a lot since then. I’ve assumed normal-sized people just eat healthily most of the time but splurge on occasions. But now I wonder if even those splurges have boundaries.

I know friends who’ve never had eating disorders and cannot understand one’s ability (or desire) to eat enormous amounts of stuff. 200g of chocolate or a 200g packet of corn chips may seem like a big treat to them. They appear to draw a line under the ‘treat’. They have limits.

It seems I don’t want to tell myself ‘no’. I don’t want to NOT be able to have anything and everything I want. Argh! I realise how bad that sounds: I want what I want. Sort of thing. I don’t want to make the tough choices that grown-ups have to make. I want to live the life of an irresponsible teenager or toddler.

If I was anyone else reading this I’d want to tell me to ‘suck it up princess’.

I’d remind myself there are consequences to indulging in that sort of behaviour – and I’ve certainly been experiencing them over the past 20+ years in the form of unwanted kilograms, an unhealthy body, a depressing apathy and singledom.

Shit! Perhaps it’s time to grow up and tell myself ‘no’ more often.

Do you say no?