Someone asked me recently if I was still ‘dieting’ so I planned to share a post about my health and my eating behaviour this weekend.

I quit Weight Watchers nearly 2mths ago having lost 12.5kg over a six month period. After a frightening display of binge and overeating (and lack of movement) I gained over half of that in less than 3weeks. Alas.

I was looking through old posts for something to accompany the epic post I had drafted (for your reading pleasure) and came across one from 2010. My second year of blogging and the early(ish) days of the old Diet Schmiet blog.

On this very day back in 2010 I’d been doing Weight Watchers for 64 days (and yes I was counting). The blog posts at the time were a daily account of my thoughts, feelings and progress. No one knew about the blog. It was my little secret. (So I’m not really sure why I had it – other than to ‘keep me honest’.)

And on 26 July 2010 I was contemplating my perfectionist behaviour and all-or-nothing thinking. And mostly feeling like a failure.

Interested… I skipped forward a year to the time I was part-way through Michelle Bridges’ 12 week body transformation challenge.

I lost almost 19kg on my first 12 weeks of the program, so things were looking up. On 28 July 2011 I almost felt I had my binge-eating behaviour under control. Sort of.

Little did I know.

A year later and I’d done another round of the 12WBT program and only lost a little more weight (though had a lot more to go) but I was exercising consistently and felt pretty good. Things however, were about to change as I was about to accept a redundancy and make my seachange (and 3 months later I had finished work, sold, bought and moved). But I don’t think I knew that on 25 July 2012 when I wondered if WHY we wanted to lose weight affected our success.

Frighteningly, just a year later on 23 July 2013 I was again writing about the WHY. I’d regained all of the weight I’d previously lost and was feeling unhealthy and unfit. And I’d been binge eating. Again.

The fact that I’ve been talking about (and been plagued by) the same issues for four years could be scary – even more so when you realise they’re indicative of the last 30 years of my life. However, I recently read a diary of my time overseas in 1995 and every single day I talk about dieting and food. Every. Single. Day. I was overseas for my first time, but pages and pages are filled with guilt and wretchedness over my eating behaviour.

Bizarrely I can recognise that obsessiveness over food, dieting and my weight no longer COMPLETELY controls my life. It comes in waves… and I am again in a better place. My weight hasn’t changed. My level of physical discomfort and lack of fitness haven’t changed. But I’m in a better place mentally. I’m reminding myself I am more than my body and recognising there are other things at play.

So you’ll perhaps see why I’ve decided NOT to go ahead with my planned post about ‘where I’m at’ – confessing in depressing detail to unhealthy eating and thinking. And I apologise to any remaining followers from my Diet Schmiet blog days, as it’s a theme which features less and less in my writing. I find the more I obsess about my weight, the more I binge.

As for where I’m at… I’ll take a leaf out of Agatha Christie’s book. #notliterally #although… 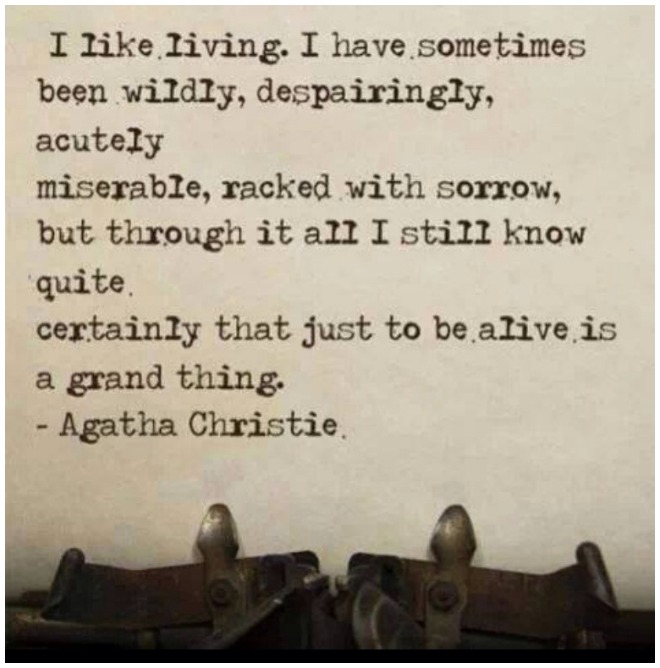