I recently restarted tracking food and exercise in a reinvigorated attempt to lose weight, having confessed to having gone AWOL in a ‘caring about what I eat’ sense after a weigh-in that left me wallowing in a pool of self-pity. 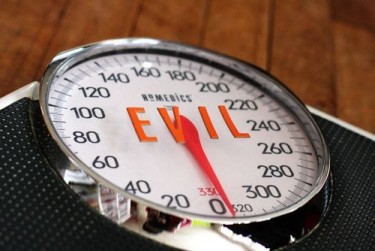 In that post I commented on the obviousness of my attitude and mindset change post-weigh-in. Being the obsessive and (mostly – except with certain things where apathy prevails) overly-organised type, I write many of my blog posts ahead of time and do final edits and tweaks just before posting. The Flesh & Bone post featured an upbeat and peppy first half as I felt I’d been doing well on the non-diet and expected good results on the scale; whereas the last half is as desolate as a desert (as opposed to a dessert!) after then fateful weigh-in.

I was crushed. Devastated. And naturally I coped in my usual way, and slowly but steadily, over ensuing weeks, lost motivation and regained the 2kg I’d lost.

Fortunately, although I’m still struggling, I’ve now reined myself in and am again ‘tracking’. However I’ve been pondering (as I have before) on the impact of THOSE DAMNED NUMBERS: the ones that have you flying high or burying yourself beneath the bed sheets in a sulky fit of tears (or is that just me?!).

On several occasions over the past 10 years alone, I have been particularly angsty about the numbers (and not wanted to know how much I weighed for fear I’d be overwhelmed by the challenge ahead and overcome with antipathy). At one period of time I used to go into the city early (to avoid any lurking shoppers) and get on an electric scale at a shopping centre. The scale spat out my weight (aka: the verdict) on a piece of paper. I took with me an envelope addressed to my mother and would (without looking at it) ensconce the offending printout into the envelope and mail it. After the envelope and its contents arrived at its destination 300km away (a day or so later) my mother would ring with the result. That way I only had to know the gain or loss and not the weight itself. 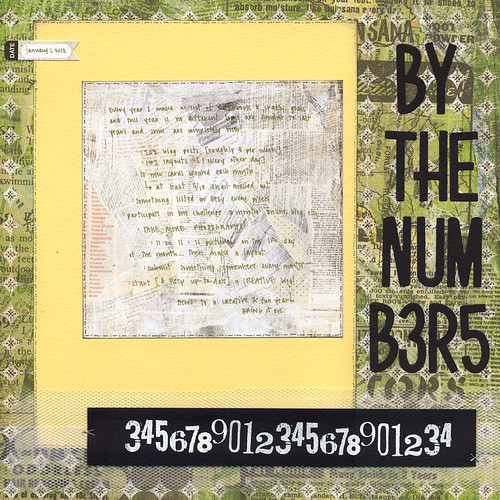 Similarly, at one point, my neighbour and pilates instructor used to weigh me once a week before my class. I’d again hop on the scale with my eyes closed and she’d render the verdict. It was, however,  a practice we had to stop because I started dreading pilates because of the pre-lesson weigh-in which was tainting the entire experience.

Given my tenuous relationship with the scale and my inability to allow it to ONLY judge my body weight, rather than my success (or otherwise), is it any wonder I’ve been recently contemplating the ‘not weighing myself’ option?

I’ve tried it in the past and found that – without the scale – I often lost motivation before my measurements changed significantly or before my clothes became looser.  (And given my size, I might have to lose 10kg/22lb for it to start to show!)

So, it seems, the wretched scale can be a useful measuring tool. Not only that; it can – on occasions – be motivating!

A couple of weeks ago, just 3 days into my new non-diet, I was feeling a bit down at the end of a working day. I wanted wine. I wanted junk food. And, by the time I left the gym after my post-work workout I’d all but convinced myself that I could have takeaway for dinner (rather than the fish defrosting in my refrigerator).

Fortunately once home I got on the scale before I did anything else. And… guess what?! The numbers were down: almost 1kg lower than just a couple of days before!

That gave me the resolve I needed. I decided against the takeaway, ate my fish and ended the day under my calorie allowance. 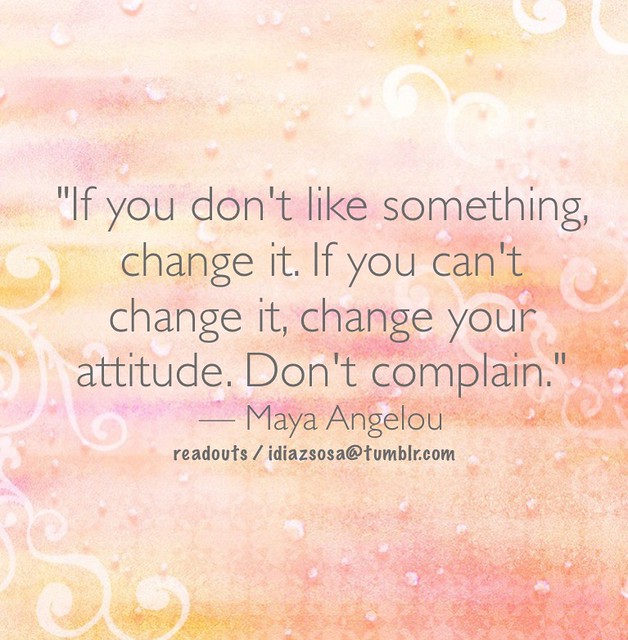 So…. the scale isn’t ALWAYS the bearer of bad news and can motivate as well as de-motivate (in my case).

But at those times when the numbers aren’t moving in the direction you’d like (as is the case at the moment for me!) the scale taunting me from my bathroom floor is a constant reminder of my failure.

I do realise however (and I’ve said it before) that the damned scale is just an inanimate object. I say that I feel the scale judges more than my weight; that it judges me. Obviously it isn’t the scale that’s passing judgment. It’s me. The numbers are just numbers. I’m the one drawing conclusions. The success/failure; good/bad verdicts are all mine.

I’ve read of other people who’ve thrown away the scale with great weight loss success. I’m not sure I’m yet brave enough to do that. And, in reality, it’s likely the scale isn’t the source of my problem after all; it’s just the messenger.