When I used to dream about ‘meeting the man of my dreams’ (as you do!) I was always this slim gorgeous thing which meant the man-of-the-moment could not help but be smitten.

I’ve noticed lately that (in these dreams) I’m far less perfect. Last week after watching some beach volleyball and deciding that one particular player involved was drool-worthy* I had some vague dream about meeting him (or someone like him as I really cannot recall the detail now); and then last night I had a strange dream where I came across a handsome / sexy stranger to whom I was extremely attracted. (As an aside, in the dream we were at a wedding – though I didn’t know anyone there – which involved lots of singing, Thai food and a swimming pool!)

I don’t have these sorts of dreams often. In fact, they’re rare for me which is a good thing. There’s nothing worse than that terrible feeling when you’re about to experience true love or adoration and you awaken – wrenched back into reality and leaving behind the ultimate fantasy. 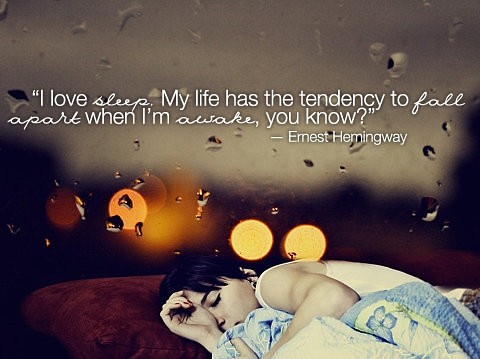 In my recent dreams I’ve had very conscious thoughts about the fact that I’m overweight (or worse!). Though asleep I’m mentally struggling with ‘How could this person be attracted to me?’ and wondering if I’m imagining any feelings on their behalf. It seems I’m very self-conscious about my weight, even while sleeping; and my dreams usually finish before the man-of-the-moment declares his undying love which makes me wonder if that’s the point… I don’t believe they will. I don’t believe they can.

I don’t quite know what this all means… this sudden nocturnal consciousness of my feelings of being unlovable or unattractive. I know it’s silly to keep deferring attempts at romance until I feel more worthy / attractive and less repulsive (and yes,  apologies to me for being so harsh on myself!) but it’s really not something I feel I can pursue now. I know that there could be men out there who are attracted to my fantastic (!) personality and witty (!) mind, but… my issues are more with ‘me’ than ‘them’. If that makes sense.

I apologise for this bizarre brain-dump and for sharing last night’s memories without editing or moderation, but it’s been on my mind. My dreams always intrigue me and I know their meanings are sometimes obvious, while other times they’re perhaps less-so.

Do you dream?
Do your dreams reflect stuff that’s happening in your life?

* Bizarrely, my two girlfriends and I were all ‘checking out’ this one particular player (in a very non-sexist and non-pervy way!). I thought it amazing that our taste was similar until I realised he was probably the only player within a 10 year radius of our age! 😉