Men – you may want to avert your eyes and cover your ears for a moment!

I have to admit I wasn’t looking forward to yesterday’s weigh-in. I have been pretty lucky since starting this weight-loss program about 11 weeks ago. But as ALL women know, THAT time of the month can be problematic when you are on a diet or watching your weight (literally). Not only do you find yourself tempted by things you might usually avoid, sitting about doubled over with stomach cramps or screaming at complete strangers…  there’s also the dreaded bloat. 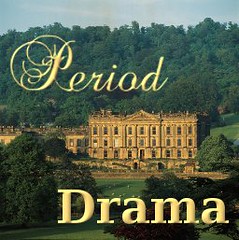 Like most females I tend to gain some weight just before my period comes but it disappears after a few days. The two other times (on this program) ‘my visitors’ (where the fuck did that name come from anyway?!) have arrived in a very timely fashion, a few days before a weigh-in, so not really causing any problems. Until this week, that is.

I’d been hoping the ‘visitors’ would appear earlier than they did – which ended up being the day before weigh-in.  Being the obsessive freak that I am, I felt compelled to get on the scales when I got home from work that day (which I did the day before as well) and was horrified to discover that I had miraculously (and not in a good way obviously) gained 700g DESPITE being easily under calories the previous day and having only consumed low calories that day.

So… I was prepared for the worst when I hopped on the scales yesterday, including the possibility of a gain. As a result, I was almost relieved when I got on to find I’d lost 300g. I’ve had such great losses (never before losing less than 1kg) that I would normally have been disappointed with that, but given that I worried I would be gaining weight, I felt kilos lighter (rather than 300g).

Of course (again, in all honesty) I suspect one of the reasons I haven’t fallen in a heap is because I also thought that in a day or two I would be kilos lighter, assuming that I would (indeed) have lost more if it wasn’t for the pesky time-of-month issues.  Of course I was floating in a bubble of blissful denial, forgetting about the 2156 calories I consumed last Saturday which could also account for my less-than-stellar weigh-in result.

But, it begs the question, how much of an excuse does ‘the bloat’ really offer? Can I claim a 2kg buffer, or more? Or less? Or am I kidding myself and the difference really is just a long pee?

I’ve seen lots of comments about this in my weight loss program’s Forums and it’s a big issue for women when there’s a deadline around weighing-in. Men don’t know how lucky they are – in that respect anyway. I always wonder how contestants on shows like The Biggest Loser cope when the merest gram or two can put them out of the running. Perhaps we need a handicap as they do in running races: someone comes in to check hormone levels and gives the women a few grams head start on the scales. Sounds like a plan. I seriously can’t understand why others can’t recognise my genius!

On a final note, I got on the scales again this morning and was 1.1kg lighter than yesterday, thereby actually taking my week’s loss to 1.4kg (and my total loss to 17.5. Yippee!).