I’ve finally figured out the secret to weight loss. Sort of.

After 30+years of dieting and not-dieting I’ve finally realised there is no secret. I’ve finally accepted I’m not going to be struck by some lightning-like realisation that will suddenly make me slim. Or at least eat, think and act like a slim person. Rather than someone obsessed with food, dieting, weight and their body.

For many losing and maintaining their weight is a challenge, but something managed by tweaking their diet or exercise programs. For others—like me, with long histories of disordered eating—we feel we’re far beyond that. 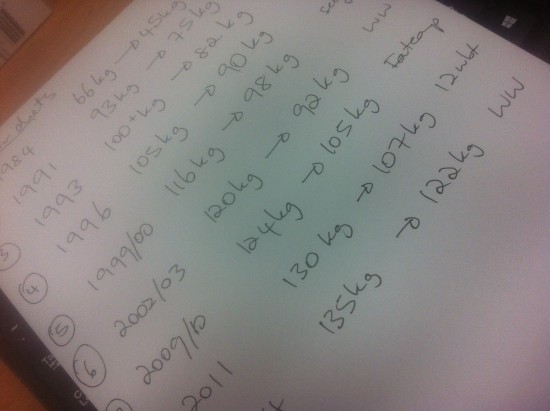 My 2015 results aren’t there but let’s just say the pattern of increased post-diet weights has continued!

If someone tries to talk to me about low GI foods, or drinking more water (etc) I roll my eyes. I mean, don’t they think I know all of that shit?

Long time readers of my old Diet Schmiet blog would know I’ve tried everything. Including not-dieting. Indeed I’ve almost been desperate enough to contemplate surgery on a couple of occasions.

Three or four weeks ago I hit rock bottom. I considered my options. Naturally they were all extreme. Surgery / shakes / hard-core boot camp. And yet I knew I’d been there before and had many MANY t-shirts.

I very much appreciate the ideology of Dr Rick Kausman and have written about his book If Not Dieting, Then What?  on a number of occasions. Similarly I’m a fan of Marsha Hudnall and her nurturing no-dieting, no-scale mindset. Not to mention Geneen Roth. 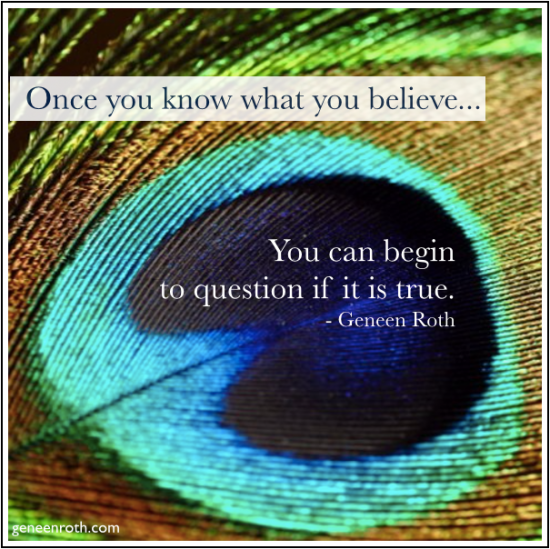 There are many many studies offering reasons why dieting doesn’t work and I was reminded of this a week or so ago when a friend referred me to an article about a guy called Noel Dickover, who lost 100 pounds.

Losing weight isn’t always as simple as eating less and moving more. Logically (and perhaps scientifically) that’s the case (ie. calories in vs calories expended) however for those who’ve struggled with disordered eating, it’s often far more about our minds than our bodies. If I could I’d tell my 16yr old self to forget about what her head’s telling her; she should just listen to her body. She’s fine… just the way she is. 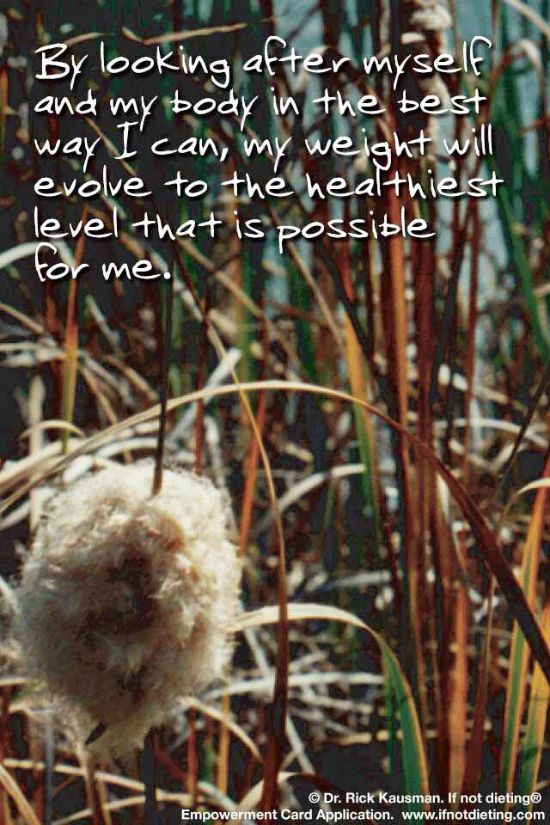 So, after shitloads of money on diet programs, fat camps, health retreats and so forth I’m accepting there’s no quick fix. There’s no secret elixir. There’s no light bulb switch which will suddenly reverse 30ish years of anorexia, bulimia, binge-eating and dieting behaviour.

I don’t agree with everything in Noel Dickover’s approach. His focus on the scale and weight, for example, is something I need to avoid. However I love that he gave himself three years to change. I’ve often talked about Leo Babatua (of Zen Habits) who writes about changing and embedding habits, including when it comes to weightloss. #Spoileralert: The tortoise wins out every time.

I’ve finally realised that, the key to losing weight and making lifestyle changes comes down to a series of small decisions. Tiny ones. Some which barely register. One after the other.

It’s these I’ve been focusing on for the past three weeks. 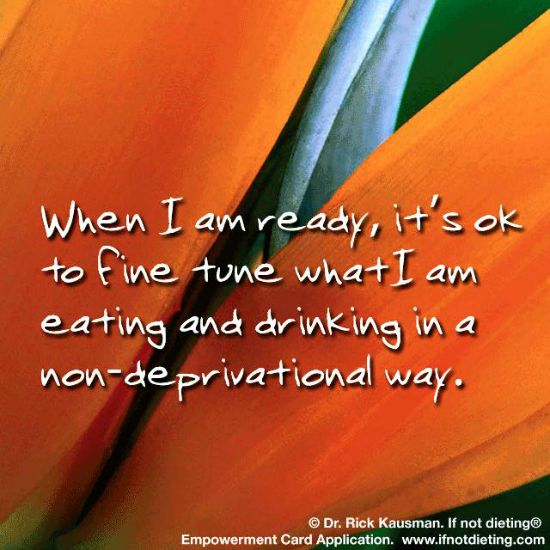 I’ve not been dieting. I’ve just been making a series of decisions which I hope have been for the better and which I ultimately hope will become habits, allowing me to focus my attention on other decisions. Rinse repeat.

And… though it’s a bit of a trendy catch-phrase… I’m trying to approach decisions mindfully. I’m not zoning out as I throw bags of chocolates into my shopping trolley or as I inhale a kilogram of hot chips without tasting them.

So I’m not sure what I’m doing, but for a change I’m trying not to make it a ‘thing’.

Do you think there’s a secret to weight loss?


Linking up with Essentially Jess for IBOT.

PS. If you want to win a copy of Sue Grafton’s X and Val McDermid’s Splinter the Silence my giveaway competition closes Thursday 10 September at 5pm.