I’ve mentioned the fact that one of my closest friends got married on the weekend. As I’ve gotten older, I’ve actually found that the friends that I’m most intimate with are those who are most like me – particularly in terms of our values, beliefs and attitudes. I guess that’s unsurprising – that we gravitate towards ‘like’ people. In fact, that particular friend is VERY much like me in some ways (and even more of a control freak than me – if that’s possible). And, like me, she has also battled with her weight over the years. In fact, she’s yo-yoed since I first met her over 20 years ago, and she’s always either been: dieting, or not-dieting (ie. binging); exercising twice a day, or not at all. And, naturally, she’s been in full ‘dieting’ mode for her wedding. She has, however, been more sensible about it this time around and hasn’t gone overboard in terms of her exercise and commitment. But – her recent healthy lifestyle has been ‘all about the wedding’. And each time I saw her prior to the weekend she was happy to report that the dress could be taken in another smidge. And while she looked stunning on her big day, she’s still not a petite girl. In fact, one of the things I like most about this friend is that she has a lot of confidence in the way she looks. She’s very girlie and dresses in a way that I don’t and can’t and takes a lot of pride in her appearance. 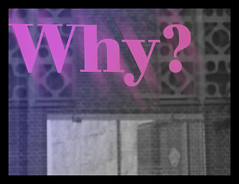 The funniest (and not necessarily in a ‘ha-ha’ way) part though was her conversation about the honeymoon and post-wedding weeks. She loves chocolate and has plans to overindulge as much as possible during the month. She also told us her personal trainer has given her the month off and she intends to make the most of it. I’d like to think though, that when my friend gets back from her honeymoon, she’ll return to healthier ways. And I don’t mean to be judgemental when I’m saying that because… well, HELLO, you know I can’t talk?! But I want it for her because she’s worked really hard this year to get her weight down and is being very committed and sensible about her exercise and I don’t want that to be wasted.

I’m aware that a couple of others on my weight loss program are similarly losing weight for upcoming events such as milestone birthdays and weddings. I suspect if there was a study undertaken, they would be two of the key motivations for going on a diet. Well, along with school reunions. Of course!

Recently one of the pre-season tasks for my weight loss program was to write about our commitment to the program. And our commitment to ourselves – obviously. In that post I said that I wasn’t promising anyone anything. It was all about me. I said that I had to do this for ME. No one else. And for no other reason. There are no milestone birthdays, weddings or school reunions pending; no event that I am targeting.

I guess, like the notion of losing weight for someone else, I worry about anyone who commits to lose weight for a specific purpose – like my friend and her wedding. I’ve been there before. Obviously. When my brother married about 20 years ago I was to be a bridesmaid and I still recall in the lead-up to the wedding, him asking if I was going to lose weight. “After all,” he said, “we can’t have any tubbies in the wedding party.” Despite this and any role he worried he played in my earlier descent into anorexia nervosa, I failed to lose weight for the wedding. I suspect I probably felt fat and revolting and very self-conscious at the time, even though I weighed much much MUCH less than I am now. In fact I was only slightly overweight at the time. But – his words and the notion of the upcoming wedding had little impact on my motivation.

I think the danger in losing weight for an event (when it’s all about the event) is that when that’s finished, we’ve lost the momentum and no longer have a reason to continue. I my case I’ve sighed a long and deep, ‘Phew!’ and wantonly go about eating what I want and not exercising. Similarly, I can’t help but think if we are losing weight ‘for’ someone else that again, when it doesn’t result in the outcome we want (the person STILL doesn’t love us the way we want them to; or we still don’t feel worthy of them) we lose our motivation.

I know that an upcoming event or desire to please someone is often what motivates us to do something about our appearance or our lives. And I don’t believe that’s necessarily a bad thing. Sometimes it gives us the impetus we need. But I cannot help but think that – once the ‘journey’ is started – that we need to find our own intrinsic reasons to keep going and reaching our goal. I for one need to have some internalised connection with what I’m doing to truly be committed. I don’t believe I’ve had that before – it’s never been ‘for me’ but about what others think of me – which is why I haven’t been successful at losing weight and maintaining that loss. But… I’m hoping this time is different. It feels like it is, but even with 20kg down I’m only half-way there and I still have a way to go.