It feels like yonks since I particpated in a Wordless Wednesday post… and in all honesty I’m here today because last night I started a Facebook rant which became lengthy so I decided to mix it up and add it onto the blog. (Also attempting to make up for my lack of blogging of late.)

For various reasons – mainly medical and it’s a long story I won’t bore you with at the moment – I’m confined to protein shakes for a few weeks.

And before you pounce to remind me: ‘shakes’ aren’t sustainable; extreme dieting is never a good thing; and / or dieting doesn’t lead to sustained weight loss… it’s okay. I know all these things. Nevertheless, it doesn’t change the fact I’m having to occupy myself with a meagre amount of food to accompany my shakes over the next week or three.

I’ve successfully navigated day one with no lives lost as a result of my lack of carbohydrates, wine, chocolate and… food in general.

However – it’s killing me. Well, not physically obviously. But I’m inordinately obsessed with food and what I’m eating. And yes… more so than usual. (Insert hashtag: ‘the problem with diets’, here!)

And yes… all the more reason NOT to diet, or rely on shakes and similar. But… like I said… it’s a long story and something I have to do.

Isowhey is again my protein shake of choice because it’s packed with vitamins, minerals and stuff, AND is gluten-free. Long time readers may recall a sponsored post I did for the company almost four years ago*. This time around I’ve bought some mixed flavour packages so I get a lot of variety and I was surprisingly organised enough to do that in advance.

However, I did forget that I only have ONE shake container. When I did the Isowhey thing four years ago I didn’t have a shake container at all and relied on glass jars and similar. Basically anything with a lid did the trick. 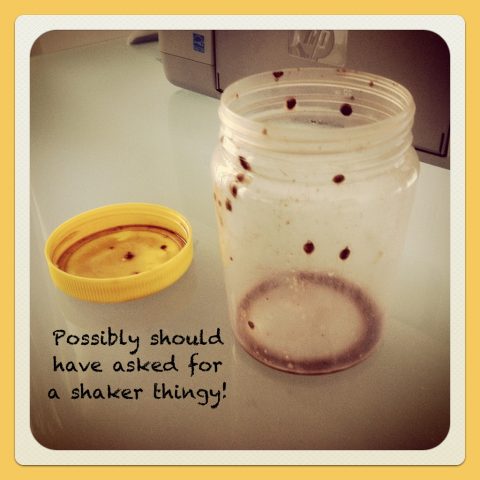 Mason jars, look out… old peanut butter jars could be appearing next on hipsters’ tables and in trendy Melbourne cafes. #ornot

Thankfully I’ve since gotten hold of a shake container from my mother. However… I’ve decided it’s something which is worthy of an appearance on the Antiques Roadshow it’s so old. 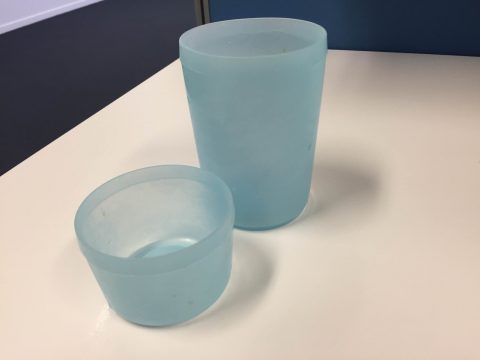 It’s Tupperware and though I’ve googled it in an attempt to date its origin, I can’t find anything similar. It’s actually not ideal with its hollowed bottom and top fitting inside the bottom. Anything from this century would be preferable, but that would require me to get myself organised and put it on my shopping list.

Do you remember these old tupperware shake containers? I’m thinking 1970s perhaps?
Any suggestions to liven up a few weeks of protein shakes? (Other than vodka or similar!)

* Bizarrely the 21 days on Isowhey post is my most-viewed post ever and continues to get hits every day!