My first post for 2012, in this blog anyway… and now that I am over a day into my rejuvenated ‘healthy eating’ plan, that I’m supposedly not calling a D-I-E-T (cos I’m way more evolved than that and know that this is for life. Blah blah blah!), I thought I’d check-in.

Obviously it’s too early to properly monitor my performance (says the project manager in me), but given my wayward behaviour of the past couple of months (ie. inability to eat healthily for even ONE day) I thought you may be wondering how I’m faring. Unless of course you’ve been reading my tweets and have had a minute-by-minute update.

Day one (Sunday) was a bit of a challenge – in some ways. I’d stayed up late on New Year’s Eve (watching TV, reading… yep that’s me; walkin’ on the wild side!), so happily slept-in until after 9am – but I had a healthy start to the day (albeit, mid morning) of scrambled eggs on toast (2 pieces of GF toast – can I just say it KILLS me how tiny that stuff is for the calories. Not to mention the price of a loaf!). I did have a 600ml bottle of vanilla diet coke (the last of my supply) but eked that out for the day. After a long nanna nap I started a blog post. As it happens, writing is the only thing I do which doesn’t enable me to eat / drink at the same time and makes the hours fly by… so suddenly it was early evening. There was SOME (lots of!) temptation to go and buy some champagne. After all, I told myself, my goal was to NOT drink on school nights, and as Monday was a public holiday, I could have imbibed – but in the end decided it wasn’t in the spirit of my goals so went without (yay me!). I later had some fish with salsa for dinner and HAD planned a diet hot chocolate before bed, but gave it a miss in the end. The only low point is that I did no exercise and I’m not quite sure why. But, according to My Fitness Pal (ie. the App, not a person – see summary on left) I consumed 925 calories… which I think is okay.

To make up for my lack of exercise yesterday I walked first thing today (well when I say first thing, I mean when I finally got out of bed at 7.30am). Another slip-up you may have noticed yesterday was the indulgence in a vanilla diet coke. And… I’ve done the same today. In fact, I’m sucking a 600ml bottle down as I sit here writing. BUT, I’m not too worried about that. VDC is becoming increasingly hard to find and today’s walk required me to go to a service station (gas station for those non-Aussies) which I KNOW stocks it… and which happens to have a ‘4 x 600ml bottle for $8’ sale (whereas they are usually about $4 each).

Tomorrow, however, will be my first day back at work after a two-week break. I’m going to head to the gym at lunch, although many of the usual classes I frequent are changed or postponed for much of January – but I will make do.

I’m aiming to settle back into my routine: of rising to write/blog for up to an hour (as I eat breakfast), before I head to work. The commute and work itself takes up about 10.5-11hrs of my day (my train ride the 4km into the city isn’t very direct so takes 45mins each way, including getting to and from the stations). But, over the past few months, the ‘new me’ has been (frivolously!) taking a lunch break and I will continue to aim to exercise at lunch (attending 45min classes) at least 3 days a week. It means I can be home most nights by 6.30pm and my evenings aren’t starting too late. 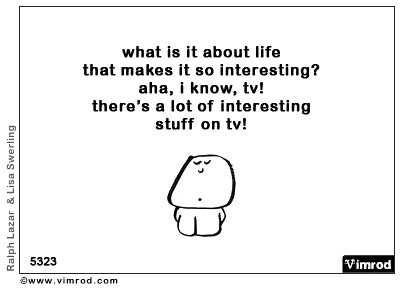 Someone recently mentioned the amount of television I watch and will confess I do watch about 2 – 2.5hrs of TV each weeknight. I tape a lot of stuff, so I usually have something I can put on from 8.30pm each evening; and I try to be in bed by / at 11pm. I’m not sure if that’s too much television or not. I wouldn’t be exercising then anyway, and – providing I blog before work, spend some time checking out other blogs etc in the early evening, and start cooking by 8pm – I’m not sure it’s doing any harm. I do watch a lot more on the weekend I have to admit and once or twice a month will hire a DVD or two to entertain me… but again, don’t think that’s too excessive. Although I’m not sure. (What do others think? Is it different if you live alone?)

Also on the diet/food/exercise front, I’m yet to weigh-in as I’m worried I’ll be discouraged. I got on my mother’s scales a few times before and just after Christmas, but avoided them while at the beach and over my birthday period (so it’s been about a week since I’ve been weighed). My goal is to lose 5kg by the end of January and I need to know what I’m starting at to know when I get there! 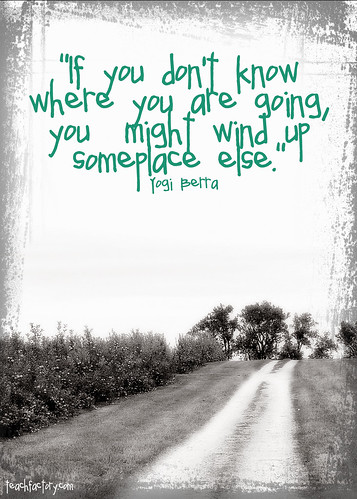 As for progress on my other goals (after one entire day), I’ve decided to change my posting regime a little. Between May – December 2011 I posted in this blog at least 5 times a week. My readership rose as a result. But, I found it difficult to do, and my other blog suffered. After much analysis (ie… I thought for a bit), I realised that I have trouble keeping up with other bloggers who post daily (and many of them do not write ridiculously long sagas which seem to grace my blog each bloody day – despite regular plans to the contrary!). As a result, and as part of my 2012 blogging goals I am intending to post here (only) three times a week (occasionally more) – ideally every second day.

My goals for the remainder of the week are to hang tough on the food front; get back into an exercise routine of some sort (with sustainability being the key); and to do some writing. I also want to be more engaged at work. My father’s illness and passing meant that my mind wasn’t really fully there for the last few months and I’ve never been one to ‘bide my time’ or go through the motions. If I’m there, I’m there. (If you know what I mean!)

So, until next we meet… carry on as you were.

PS. One Day is also the title of a DVD I watched over the weekend: a movie which I found surprisingly enjoyable starring Anne Hathaway and Jim Sturgess as Emma and Dexter. The film centres around their friendship over a period of 20 years as we are taunted by that ‘will they; or won’t they?’ question. PPS. If you’re sooky like me you may need some tissues.