So… this is a post I didn’t want to write. But – as usual – I feel I’m lying by omission if I don’t share stuff like this. So here it is…

I haven’t tracked my Weight Watchers points for three or four weeks.

I started Weight Watchers online 5.5 months ago. My first and only pitch as a blogger was to WW – admitting to my desperation and wanting to make changes.

It’s been a slow slog. On a positive note, I’ve not felt deprived and (until a month ago) didn’t feel at all tempted to ‘binge’. (As a binge-eater – and former anorexic and bulimic – this is a huge achievement!) 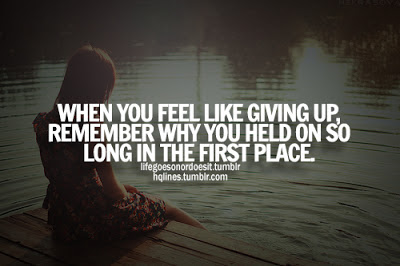 I’ve tried to focus less on the scale and more on how I’ve felt. That’s made the slow weight loss tolerable. I’ve already mentioned how much better I feel and – though my stomach is still ridiculously problematic – I don’t feel as porky and bloated.

As usual I’ve become disillusioned. My six month free online membership is almost over… so for several reasons I emailed the PR company I was dealing with to say – despite their offer to extend my membership for another six months – I didn’t feel as if I was doing them (or the brand) any favours and thought we should part ways.

My vague plan was to continue eating-healthily myself. Not dieting; but using what I’d learnt to just make smarter choices. No weighing or rules.

However… although the occasional ‘treat’ was creeping into my life, this week has been particularly unhealthy. I know my ‘definition’ of over-eating and bingeing is very much shaped by my past. I told a friend recently I felt like bingeing but went shopping and just bought a 200g bag of corn chips to eat. She was horrified. I felt like I’d won the lottery and was proud of my choice.

I’ve eaten KILOGRAMS of chocolate in recent days. I’ve made and eaten rocky road (with peanut butter and marshmallows) until I’ve felt unbelievably unwell. Yesterday alone I ate about one kilogram of chocolate. And I felt like crap. Overly-full, unhealthy and revolting. 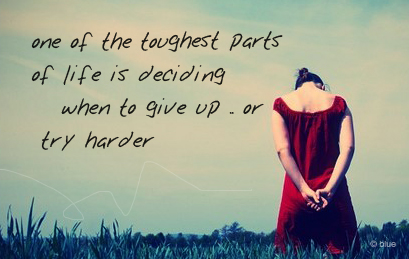 When I emailed Weight Watchers’ PR company and told my mum and friends I was stopping WW, I said that I didn’t want to waste my efforts. 12.5kgs lost is still 12.5kg lost.

But after the past few days I’m struggling not to move straight to that knee-jerk reaction of going on some ridiculous shake or liquid diet to make up for the ‘evilness’ of my recent behaviour. But… of course I do know better.

I just wrote about ‘NOT giving up‘. If I’m ‘not dieting’ anyway, is there anything to give up on? Or am I giving up on a healthier, happier me? (Faaarck!)

So there you have it. No happy ending; no lessons learned. But at the same time I’m reminding myself that I haven’t failed. All is not lost. I’m still fallible it seems. And a work in progress.

Do you make choices or do things you know aren’t healthy (mentally, physically or emotionally)?

Disclaimer – I received a six-month online membership to Weight Watchers, but my thoughts, opinions (and failures) are all my own. 😉