And no, I’m not channelling Edina Monsoon here (for those who are familiar with the BBC series Absolutely Fabulous and Eddy’s habit of adopting a new religion every time it proved convenient or took her fancy). And I’m obviously not dissing Buddhism or any other religion, being the non-controversial, non-judgemental, fence-sitting blogger that I am. Rather, the title of today’s post is signifying nothing more than the fact that I’ve made a skerrick of progress in one aspect of my life. For now, anyway.

You will recall that over the past month or so I’ve been talking about MODERATION – particularly as it relates to fitness programs and routines. I’ve also made some discoveries: although I managed almost-daily walks while away over the Christmas break, I stressed a bit about the necessity to do so each day; realising I was far more comfortable in group workouts and classes than HAVING to force myself to exercise. I also realised it was okay NOT to run given that I don’t like to run…. all of which has kinda helped me become a  bit more zen-like in my approach to working out.

And over the past few weeks, I’ve pretty much settled into my weekday classes-at-the-gym routine. It’s meant that I don’t HAVE to exercise on weekends (having decided that 5 days at 45mins is okay) and my exercise is now just a regular part of my day.

However… naturally like love (apparently!), life does not always run smoothly.

For various reasons last week (work training session away from my workplace, public holiday and day off), I had no access to my gym for three of the days on which I’d usually exercise.  In addition, we’ve had heavy rain for a number of days, making outside walks difficult. 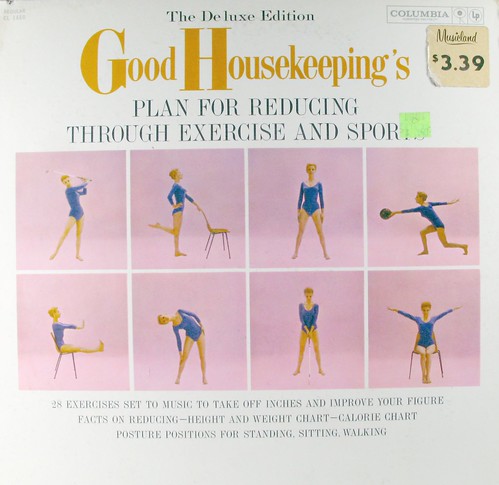 Now I realise that if I was more diligent or dedicated I would, in fact, have undertaken an indoor circuit or found SOMETHING to do. I have some equipment buried somewhere in my garage; or I could easily have whipped up my own program and done some push ups, lunges, squats, triceps dips and abdominal work. Easy Peasy. But I didn’t. And you know what – and this is the good bit – I didn’t get all angsty about it either. Perhaps I should have. I know a lot of hardcore trainers would be disappointed that I didn’t rush outside during a break in the rain, or fling myself about my lounge room to ‘smash’ some calories out. But you know what…. I didn’t and I’m okay with that.

I had my mother staying and at one point I wondered aloud if I ‘should’ head out during a dry spell, though finally said to her that I realised it wasn’t the end of the world. Good god. NOT. THE. END. OF. THE. WORLD. This from the all-or-nothing thinker! So, despite knowing that others may judge me for NOT stressing, I was able to rationally  recognise that I wasn’t going to suddenly become unfit, having skipped 2-3 days of exercise one week.

The big achievement for me was I didn’t spend the days I didn’t exercise staving off the niggling sensation of guilt over my inaction. And I didn’t become angry at myself because of my perceived slackness. “It’s just 2-3 days,” I said, “next week I’ll be back into it again.”

I know that may not be a big deal to some but moderation doesn’t come easily to me. I usually react in one of two different ways: I feel I’ve been so slack I’m tempted to throw the towel in completely; or I find I am unable to do anything else or enjoy anything else because I’ve not done something I’m SUPPOSED to have done. 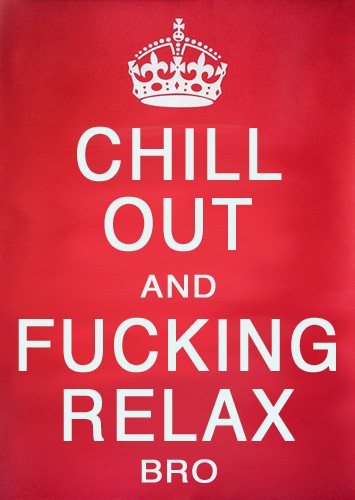 And do you know what… as the working week drew to a close and I was feeling zen-like about my lack of exercise, I (in fact) decided to break out of my comfort zone (yet again) and do something different. After spending a wet day off on Friday blogging and reading and generally veging with my mum, I vaguely recalled that the only local Zumba class was held on Friday evenings. Following a brief Google I confirmed that a session was held in a nearby community hall and at 5.30pm, I ventured off to try my first proper Zumba class. There was no obsessing beforehand, it was just a notion and everything fell into place and the timing suited. Had I been stressing about my lack of exercise, I might have felt I HAD to go to the Zumba class; it all would have become a chore and I would have obsessed about it; dreaded it; and rebelled by not going.

I have no days out of the office this week, so all should be back to normal; and yet I realise, things will never ALWAYS be normal. There will always be something which might interfere with my training. I might need to take a day off here and there; work may be busy; I may be sick or injured. And I’m finally realising that’s okay. As long as I do what I can, when I can… all will be well.