I’ve been trying to be healthy. I’d slowly gained some weight after my weightloss surgery in mid 2016. I knew why. I was home all day. Feeling bored and despondent about my lack of employment (and increasing weight). Which led to comfort eating and more despondency about my weight and apathy towards life and my health. My weightloss surgery meant I couldn’t eat massive amounts. Just regularly and badly.

And then in June I got a temporary administration job in an office (my first out-of-home contract since late 2018). I couldn’t believe that I found it incredibly easy to not-eat. My post weightloss surgery smaller stomach still seemed to be satiated in a way I’d assumed it no longer could. I dropped some weight easily and felt excited and hopeful about life. At the same time my back (injured earlier this year) finally felt better and I was able to return to my exercise classes after five months.

All was well in the world. 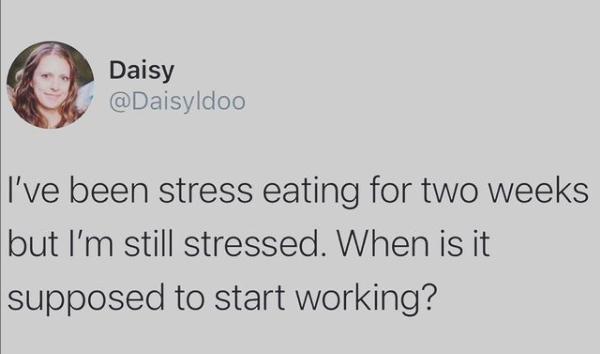 Because – despite my (mostly) best efforts – my weight’s gone nowhere since. And just as I was starting to feel as if some fitness was returning (even though I was only exercising twice weekly) I’ve been overcome with apathy towards exercise classes again.

In desperation I’ve stayed at my mother’s more than usual. That way there’s someone around so I can make sure I’m not eating more than I think, and… I tend to be less apathetic about going for the occasional walk at her place*. Her neighbourhood is flat and the trek I walk is only a few kilometres around several blocks, but it’s doable and doesn’t fill me with dread.

It occurs to me that my moods of late have been very tied to my weight and lack of progress on the scales**. 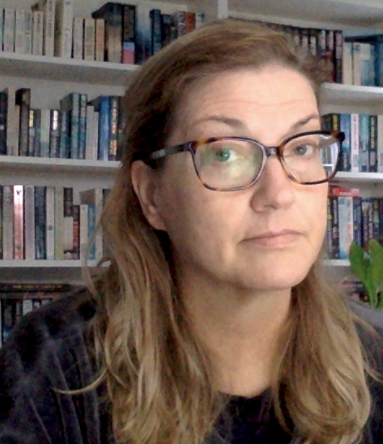 I’m increasingly craving junk food. Like, starting to get to the point where I’ll eat other weird stuff I don’t want in an attempt to NOT have what I crave. And I’ve spent enough time in the not-dieting / intuitive eating world to know that by stifling my cravings I don’t necessarily improve my willpower muscle, rather I become increasingly obsessive about what it is I think I can’t have.

So – that’s where I’m at in case you were wondering. Fantasising about full-time work out of the house as a means of getting me away from the fridge and giving me something else to occupy my day and mind. Wallowing in guilt when I drink wine. Desperately keen for sweet biscuits, even though I’m not usually a biscuit-eater. And berating myself constantly for skipping exercise classes and being unable to get myself out of the door and on a walk.

*  She also listens patiently to my endless overanalysis about my weight, sense of worth and lack of happiness in general.
** And yes, I realise my ‘weight’ has mostly ruled my life since I became anorexic at 15 in 1983, so this is not new!