On Tuesday last week I tweeted this:

And then on Friday I tweeted this:

And yet, tomorrow I’m going back for more. Which is strange, because once upon a time if something was TOO hard I’d dread it and avoid it like the plague.

I’d like to think I’m challenging myself because I’m getting fitter and aspiring to greater things, but in fact I can’t help but wonder if it’s just because I’m getting older. Frankly I now realise I can tell the trainer to ‘shove it’ if I have to (not that I would, though I have been known to *ahem* whinge and complain quite a bit!); or I can drop back and work at my own pace. I am – after all – an adult. I am in control of my own body and (mostly) my own life.

Gone are the days a basketball coach would be yelling at me to complete suicide runs (windsprints / shuttle runs) within certain timeframes and I would spend my days in dread of the post-school training ahead of me (not to mention ‘skipping’ school to go and practise my suicide runs obsessively each day).

It seems that sometime in the last six to nine months I’ve worked out that (unless you are training for the Olympics) exercise is supposed to be fun. Mostly. It’s not necessarily supposed to be easy; I know this. But it’s not supposed to be dreaded. At least not if you want to keep it up – which is something I’m aiming to do. 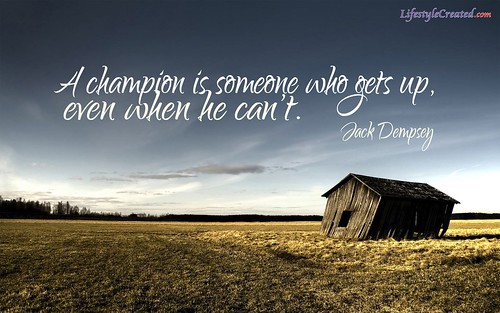 I’ve written about this before – my own exercise ‘A-ha!’ moment. So it’s unlikely I’ll go to a bootcamp anytime soon. It’s unlikely I’ll restart a ‘learn to run’ program. But, I’ll keep up my Zumba and dance classes (which is what I have on today) and I’ll keep up the challenging cardio and circuit classes I do at the gym.

The latter push me JUST outside of my comfort zone (as evidenced in my tweets above), but not so far that I dread it and don’t want to go back. Also, for some incredibly bizarre reason I’m way more comfy with exercising ‘inside’. Now I have no idea why that is (and wasn’t aware of the fact until I was writing this!) and if I was more enthusiastic I could Google it to see if some PhD student with nothing better to do has perhaps done a thesis on the issue. Or something.

Although… either way, I have to remind myself that I have nothing to fear. I cannot be ‘forced’ into an outside bootcamp, or running a marathon, or bloody suicide runs up and down a basketball court.

However, even I can push myself beyond my limit for a few minutes. Circuit type classes, or dancing etcetera involve spurts of effort with a bit of recovery. I can do that. In fact, I try to push myself hard, because I know a break with be forthcoming. I know the end is nigh.

Years ago I did boxing circuits at a nearby gym which required us to work individually at stations, one of which involved shuttle runs across the room. I hated running even then… but I almost ALWAYS chose that station at the end of the session when we were asked to pick an exercise to repeat. Because I knew it challenged me, and because I knew it would soon be over. (Interestingly I quit that same class because the instructor had us do shuttle runs in the room as a group which was obviously too far outside of my comfort zone! Plus, well… the competitiveness of it probably brought back a lot of old memories!)

I also get VERY red-faced when I exercise but don’t mind. In fact, I LOVE leaving the room with a face like a tomato and I don’t mind when – even an hour or so later – someone comments on my still-evident colour. And I don’t mind dripping with sweat when I work out. After all, that’s the point of it all. The effort. The exertion.

And… as I’m writing this I realise that I also love that I’m learning a bit more about my exercising behaviour – not to mention my thoughts and attitude.