When I visit my mother (or she visits me) I get bombarded with magazines she’s collected since we last saw each other. There are numerous trashy women’s magazines (New Weekly is my fave gossip magazine… I don’t need articles, just pictures for the purposes of smug derision: “She’s too thin!” or “Look how much weight she’s put on!” Yes indeed, I too feed on celebrities’ eating disorders, though I do cringe as I do it!), in addition to some health and weight-loss related magazines. 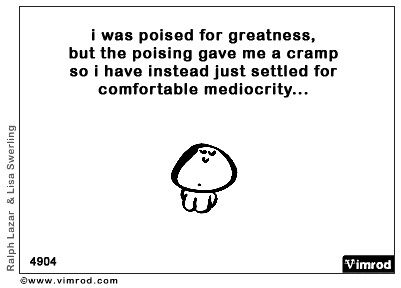 On the visit before last I was going through one of these magazines only to come across a column which caught my attention as there was something vaguely familiar about the photograph of the columnist. I looked more closely. OH MY FUCKING GOD! I possibly said. My mother came running to see what catastrophe had befallen me. “Look at this,” I said shoving the magazine in her face, “it’s xx, that ditsy fruitloop I played sport with as a youngster!” The ditsy fruitloop in question lived elsewhere and we only played regional representative sport together so my mother didn’t really recognise her, but as her name was in print there was no way I was mistaken.

Now before I go any further I need to admit that the girl in question wasn’t that bad. Just ditsy. The sort of person who gives we blondes a bad name. I only knew her for a few years though recall running into her elsewhere years later and by that time she was just plain weird.

Now, twenty (ish) years later, here she is and… SHE’S STOLEN MY LIFE!

Not only is she a published author, but she has a magazine column AND a family.

All I could think (in wailing-type internal voice) on reading her column was: It’s not fair (which you’ve heard before!) THAT SHOULD BE ME! 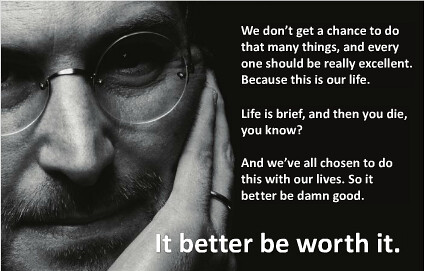 Why is it, I wondered, that I am the overweight single 40ish year old public servant feeling somewhat disenfranchised with her life? Rather than a glamorous-looking columnist with a doting husband (or two) and spritely-looking family?!

I grudgingly read her column at the time and just read a couple more recent magazines on my trip to my hometown last week. But I’m sure I hurrumphed my way through the entire thing. Her writing is somewhat akin to the mummy (aka mommy) bloggers and about – mostly about married and family life and so forth. I will confess that it wasn’t bad, but it simply just shouldn’t exist. It should be MY column, MY picture (and one I’m not ashamed of) and relay stories of MY fun-filled, family-oriented life!

How do some people get all of these opportunities and others not? Am I not putting myself ‘out there’ enough? Am I not taking enough risks or chances? Probably not…. but perhaps it’s time to change that. I’m a big planner and organiser, so perhaps I need to work on a life plan of sorts.

Just today I was wallowing about a 2+kg weight gain over the past couple of weeks and trying NOT to feel maudlin; but remind myself I’m still less than I was seven weeks ago, and MUCH less than I was six months ago…. But having said that I also need to remember that if I keep moaning about my life while doing nothing to change it, I’m going to be writing these same blog posts in five years’ time.

Enough talk, it’s time for action! (Or something!)