HeartActive is a delicious, 99% fat free milk enriched with plant sterols, which are proven to help reduce cholesterol. Research shows that consuming plant sterols everyday in milk can reduce cholesterol by an average of 10% in three weeks. HeartActive is currently available in a 1L carton with an extended shelf life (45 days from production) compared to regular white milks with a shelf life of 14 days.

I realise you’ve probably been waiting with bated breath to learn the outcome of my medical check-up. (Don’t bother answering that one as I know my life is infinitely interesting to all of my loyal readers, so I’m taking it as a given!)

Sadly, as I was sick at the time SOME of the appointment was devoted to the fact that I had a virus of some kind (flu plus rash!) and weird side stitch, so I didn’t get to talk about the scary heart thing I’d mentioned in the previous post. But, as I needed blood tests to confirm the virus, it seemed prudent to flag that I wanted to see how this 45 year old body was coping with life.

Because of the virus I had to return to the doctor later the same week, so the verdict news was delivered quickly – and surprisingly painlessly.

Bizarrely (given my lazy and indulgent lifestyle) my test results were all basically good. My iron count was up (which apparently was most likely because of the infection I had at the time), as was my platelet count (for a similar reason – though it’s tested high on a number of occasions!).

The biggies (I think to do with glucose levels, my liver and kidneys) were surprisingly normal and the big worry – my cholesterol was…. well, it was basically okay.

The ideal cholesterol range is apparently anywhere from 3.9 – 5.5 somethings. Mine was 5.8. Because my doctor kindly gave me a printout of my results (including those from the last few years – which I’ve never had before) I could see that my levels are usually around 5 or under.

Even though it was slightly higher than the norm (high cholesterol ostensibly being a reading over 5.5), my doctor suggested that it was probably because I hadn’t had the test after fasting – which is apparently the best time to do it. 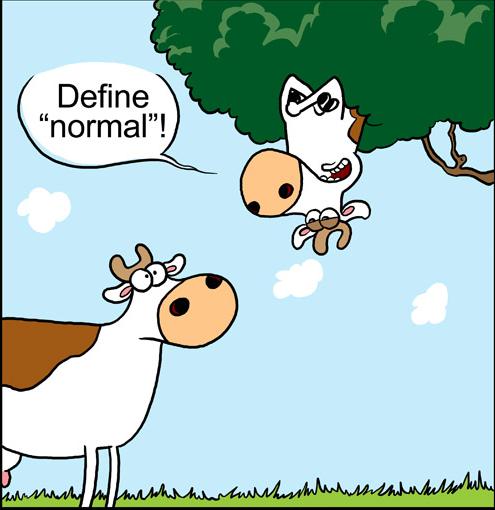 Either way, I’m happy with my overall results, but – as my cholesterol is ‘kinda’ high – I’m going to do a bit more investigating re ways I can lower it.

In fact… I noted it’s recommended that you aim to keep your cholesterol levels around 4 thingys (mmo/L) if concerned about your health. Umm… eek!

Given the issues I raised in my previous post (the fact I have high blood pressure and am overweight), I’m a potential candidate for heart attack (or stroke).

For some reason I’ve always been happy to remain in oblivious ignorance about health issues:

When I was trying to get pregnant I knew little of what was happening to my body during fertility treatments and even now I can barely even describe the science of my coeliac condition to people (ummm… something to do with cells in my stomach?!).

I kinda know there are a lot of misperceptions about cholesterol out there: the good, the bad and the ugly. I vaguely recall that, some of the things you assume would be problematic (ie. vegetable oils) aren’t actually as bad as other things like eggs.

But, hell… at the ripe old age of 45 it’s time to educate myself on this issue and I’ll be back with more to report on how I’m going!

HeartActive is a delicious, 99% fat free milk enriched with plant sterols, which are proven to help reduce cholesterol. Research shows that consuming plant sterols everyday in milk can reduce cholesterol by an average of 10% in three weeks. HeartActive is currently available in a 1L carton with an extended shelf life (45 days from production) compared to regular white milks with a shelf life of 14 days.