I was at the hairdresser’s a few weeks ago, going through trashy magazines… as you do (yes, I bypass the Marie Claires and Vogue for Who magazine and the like), when I came across a recent picture of Dawn French. Either she’d been hiding under a rock while losing weight, or I’d been in my own little world somewhere… either way, there she was SUDDENLY looking quite trim. And fabulous. 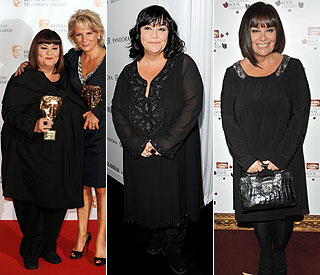 And then this week someone sent me this link to a Huffington Post article challenging a piece by a Sunday Times columnist, who accuses French as well as recently-slimmer Nigella Lawson of telling porkies (yes, I did choose that word purposely). Shane Watson (Times columnist) has apparently accused French and Lawson of fibbing when they’ve previously prattled on about being ‘okay’ with their weight and their bodies. Watson’s premise is – that by later losing weight – they’ve both essentially ‘dissed’ the larger-than-life among us and become turncoats… disdaining everything they once espoused.

The Post journo and magazine editor, Sue Thomason, basically brings forth the venom of a thousand women scorned. Well, if not scorned, then scoffed at for being less-than-perfect and she likens society’s expectation for women to be ‘only happy when slim’ to be a type of mass oppression.

“The foundation for our oppression is set when we’re told from birth our appearance is the most important measure of our value. Then, when this base is firmly in the ground, poured on top is the concrete: 2,000 images a day of manufactured female perfection. Then one by one the bricks are laid in the form of messages saying if you don’t look like the underweight model or actress you’re seeing, you are unacceptable, unlovable and you don’t belong.” 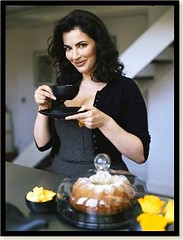 Quite rightly Thomason doesn’t see the issue as black or white or believe in completely taking sides. Chosing to lose weight, she says, does not mean that one rejects those who are overweight, or even their overweight self. She suggests, one can feel ‘okay’ with their body, but still feel societal pressures to be slimmer (and HELLO!?!@? The fact that the internal workings of these celebrities’ minds are even media-worthy is saying something!).

“We are torn in two – understanding intellectually that our value is more than what we look like and that to gain control of our food and our lives, we must love ourselves as we are. But because we have been indoctrinated with the opposite, that we need to hate ourselves and cut ourselves or starve ourselves to fashion our bodies into the ‘correct’ shape and size, our intellect intermittently loses out to our unconscious beliefs. We are still swayed by our conditioning – to diet, to lose weight and to conform to this universal pressure.”

Watson claims that the solution we are fed (dieting for perfection or acceptance) becomes part of the cause rather the solution.

Thomason proposes that Lawson and French could (indeed) have felt comfortable with themselves and their bodies, despite being less-than-perfect (aka: perceived to be overweight in some circles), which makes me wonder:

Is it possible to be unhappy with your size (relative to others and how you are judged by society) but still love yourself and your girth – no matter what?

Wouldn’t it be nice to be able to say yes? Wouldn’t it be nice to say that  a woman – not in denial about her state of obesity; or suffering some sort of eating disorder – would (if given a choice) accept a state of overweighted-ness, rather than being at an ideal weight. I mean, Jesus effing Christ, even I remember those endless articles attacking Dawn French as she continued to gain weight. And as for Nigella… I’m not a fan, but her curves have scored their fair share of critics over the years. Is it any wonder that they felt the need to make some changes EVEN if they were happy with who they were? 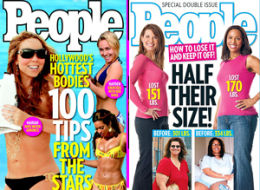 I recall model Sophie Dahl bursting onto the scene as a ‘plus-sized icon’ telling all and sundry that she was comfortable with her weight and size, only to also succumb to slimmer-is-better peer group pressure, which must have been particularly horrid in her industry. But similarly there are those like the Oprahs and Kirstie Alleys of the world, who openly express their unhappiness about their weight and are constantly and publicly trying to address it.

So, are French and Lawson really fibbers, for claiming to have openly accepted and delighted in their less-than-thin selves… only to later lose weight offering proof (to those that care?!?!) that they have ACTUALLY aspired to be slimmer all of this time? Have they sold out?

And, is it any wonder? That the media questioned the fact that French or Lawson were happy about their bodies/themselves, in essence, suggests that they shouldn’t have been (nor should anyone larger-than-the-acceptable norm – health issues aside). Why the hell are we compelled to judge? And, quite frankly… we women cannot blame the media or ‘man’kind. Shane Watson is – as it happens – not the Australian cricketer, but a female journo.

I’ve recently had a crash course in trashy magazines following my mother’s visit. HONESTLY… almost every cover page seems to feel obliged to comment on celebrities’ weight or bodies (or, you… the Kim and Chris thing!). They’re too big or too small. It’s a common criticism that – next to an article about how to lose 50kg in 5 days to fit into a party frock, will be an article about some star believed to be suffering an eating disorder, or a judgemental ‘Too Thin?’ piece. And we readers feed on it. I’m as bad as anyone… I seriously do find it pervertedly comforting when I see a star looking dishevelled and ugly or curvier than the norm. It gives me hope. What does that say about me? Am I happy to bring my fellow womanhood down just to feel better about myself? Am I that shallow?

If someone asked me if I was happy with my body I’d have no hesitation but to say no. BUT… if I was conscious of being a role model to young women, and women with body issues… would I really say, “God, no, I’m a fat ugly pig and deserve to be put down!” No… I don’t think so. I’d probably make some comment about being ‘happy in my own skin’ and beauty and healthiness being more than skin deep. Blah blah blah. Whether French and Lawson were paying lip service to placate their fans and keep sponsors happy rather than express disdain for themselves may never be known. But – either way – one cannot blame them. As Thomason’s article says…. they’ve been conditioned – as have we all, but IN PARTICULAR because of the industry in which they choose to work – to aspire to closer-to-perfection.

Worse still, ‘we’ judged them for even ‘hinting’ they were happy as they were; and now it appears many are keen to say “A-ha! I told you so… you really weren’t happy (and shouldn’t have been) back then!”

Is it any wonder that girls and women across the world dislike their bodies and are confused about the messages they are receiving? ‘We’, it seems, have a lot to answer for.

Please note that I’m not condoning either overweightedness, obesity or promoting a woman’s need to aspire to an ideal weight or thinner. I have (a lot of) issues with my own body and try my hardest to not judge others (though obviously I mostly fail at that!).