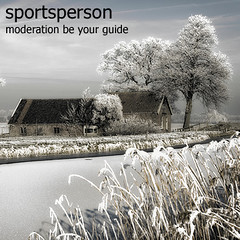 When I first started this weight loss program (12WBT) last round I didn’t know what to expect. I thought there’d be maybe 50 people doing it around the country. And then it started…. and I was blown away by the sheer numbers of participants. Given that it’s an online program I shouldn’t be surprised at the online activity but it absolutely frigging blew me away. In fact I was overwhelmed. I wanted to withdraw into my little shell and hide. I’d been expecting something fairly anonymous and low-key. But… as I wrote back then, each time I discovered that some new activity or topic had been provided I’d log onto the website only to be in absolute SHOCK at how many others had already done the exercise and more. Didn’t these people have lives for god’s sake?! I got a few comments in response to that post – most of which told me just to hang in there. But one comment told me to just hold back a little if I wanted. They didn’t tell me to disengage but they’d done the program previously and counselled me to participate ONLY as much as I felt comfortable doing or wanted to.

I know the program Ambassadors encourage us to use the program’s online Forums, and I did do that, but I also HUGELY relied on Twitter and Facebook. And… I like to think I now have a little cadre of Twitterites that I consider to be friends, and if not friends, then comrades. Brothers in arms, if you like.

And now, the pre-season program for the next round has started and OMFG it’s happening again. But it’s growing. This time I’m even feeling overwhelmed by the Facebook activity. (And I apologise if I sound ungrateful, because – believe me – I’m not. I think it’s great that there’s so much enthusiasm…) But…

It’s all a little overwhelming again. One of the things I wrote about as the last round of the program neared its end, was the extent to which this program had pervaded all parts of my life. At the time I said that I knew that healthy eating, thinking and exercise SHOULD indeed underpin our everyday lives, but not to the detriment of other things. Surely. 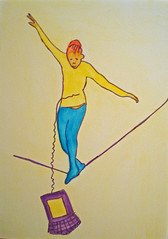 My entire world for 12 weeks was about the six days of exercise I had to do each week, tracking my calories (which I did every single day), writing my blog posts (my decision, nothing to do with the program) and participating in forums and training programs. With such a large (and growing) group it’s seriously possible to eat, drink and sleep 12WBT as there’s always someone out there wanting to talk about it, or plan some event or other. And… as I said, I think that’s great as I have indeed benefited from several planned training sessions and catch-ups. But – because of the sort of all-or-nothing person I am, I am starting to find it overwhelming.

I am more than someone on a weight loss program. I am more than a 12WBTer. I want my life to revolve around being healthier and I want to become a better version of me (as the program espouses)… but I also want to live my bloody life. I don’t want to lie in bed stressing because I can’t go to certain training sessions, or because I don’t feel as enthusiastic as others on the program who have hijacked my Facebook news feed.  I suspect I need to disengage just a little and NOT feel guilty about it, or feel like a failure. But only I can work out what moderation means for me and I probably need to do that sooner rather than later before I throw the baby out with the bathwater.