Yesterday I wrote about a late-night reality television show I came across while channel surfing for something better. I missed a significant portion of the show and didn’t actually even stay on the channel once I started watching it (continuing my channel surfing – and nasty habit of watching a couple of things at once… particularly when neither are that enthralling), but I absorbed enough to take away some lessons.

I mentioned in yesterday’s post, the Extreme Makeover Weight Loss Edition show focussed on a woman who needed to lose a couple of hundred pounds. She’d lost 100lbs when I tuned in but her efforts were stymied when she returned home to her family and resumed a normal life. Her excuse for her lack of progress and continued weight loss was that (between work and family) she didn’t have time for exercise.

Although I eye-rolled and groaned at the woman’s excuses I felt equally confronted as I could imagine saying and doing EXACTLY the same thing myself. As a result I decided I needed to be more mindful of my behaviour, considering my actions and attitude as if I was an objective stranger.

What would I think, if I saw myself in a weight loss reality TV show? How would I judge me? I wondered. Well, let’s just say my impressions wouldn’t be flattering. I would want to slap myself around the head and say, “For fuck’s sake, stop your whining and SUCK IT UP sweetheart!” Basically. So as per yesterday’s post I’ve vowed to try to monitor my own habits a bit more closely.

But I also took away another lesson from the late-night reality show which I hope I refrain from watching in future. 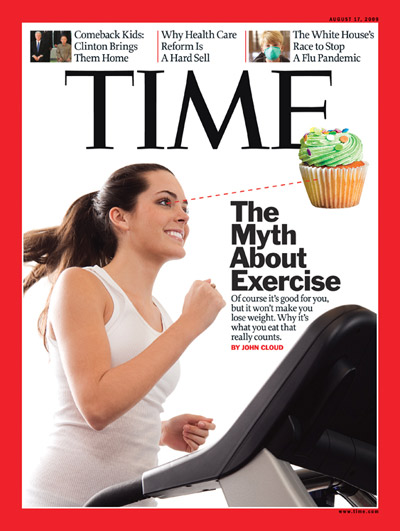 I keep hearing from any number of sources that – when one is losing weight – it’s 80% about the food and only 20% about exercise. So I wondered about the woman’s diet when at home with her family for the three months during which time she gained weight. Even if work and family-time impinged on her exercise program, she should still have had SOME control of her diet! Unless I missed it during my channel flicking, there was no mention of diet. Hmmm…..

I haven’t been doing the 6 days of exercise a week as prescribed in the weight loss program I’ve been on, but I’ve been exercising 5 days a week and mixing it up with cardio and strength work. It’s a gazillion times more than the exercise I was doing earlier this year (which was SFA!) BUT although it’s helping me feel physically fitter (slowly) and healthier, it’s having little impact on my weight because I’m not sticking to my calorie allowance and my diet is far from what it should be.

You may recall, having committed my blog posts to memory (as I’m sure you have), that I did quite well in the early part of this weight loss program. And yet, I was very stressed about how little exercise I was doing in comparison with others on the program. I was so unfit when I started that a 20 minute (interval) session on the exercise bike was a challenge. And yet, I lost weight. In fact, I lost HEAPS of weight. It brought home to me how imperative the ‘diet’ and nutrition side of a weight loss program is.  And I diligently stuck to my calorie limits for most of the first round of the program – only experiencing a few aberrations towards the end. And through it all I tracked my calorie intake and expenditure each and every day. Hence the 20kg loss in three months.

I’m reminded also of the last time I did Weight Watchers: they didn’t even want me to think about exercise for the first few weeks and I can still remember how ‘freeing’ that was… to just focus on my eating habits for a week or two before embarking on more commitments. 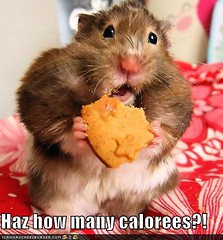 And yet, despite all of that evidence to the contrary, my focus isn’t always where it should be. There’s been many an occasion that I’ve stressed because I haven’t done the allotted exercise for the day. The guilt eats away at me, and I feel like a failure. HOWEVER… it doesn’t stop me drinking wine or doing something equally illogical. I’ve long been one who’d stress over not walking for 30mins but eat/drink five times what I’d burn off without blinking an eye. D-oh!

That – of course – is the benefit of counting calories… you become more conscious of the impact of what you’re expending or consuming. And there… in black and white or on a flickering screen, there can be no fooling oneself. You are constantly (and literally) forced to weigh-up each of your decisions.

I’m happy with my exercise program at the moment. It could be better, but it’s okay. I’m not sure how I’ll go away from my gym over Christmas, but I’ve survived it on a couple of other occasions and walked every day instead. I’m less happy with my diet. My meal sizes have increased. I’m less concerned about having wine at night. And I’ve been having ‘treats’ on the weekend.

I’d like to start with the calorie counting again and SERIOUSLY re-engage in the nutrition and diet side of things to reignite my weight loss efforts.

Unfortunately (old habits dying hard!) I’m tempted to suggest I start in the New Year, but I know that is just delaying the inevitable. Perhaps I should start counting calories now, even IF there are a lot consumed over the Christmas and New Year period. Perhaps counting calories will keep my behaviour in check a bit more than it might otherwise be.

I’m not sure yet, but I’ll be sure to keep you in the loop!