The other night I was channel surfing when I should have been in bed attempting to sleep. It was sometime after 11pm and I was flicking between delayed telecasts of late-night chat shows and a myriad of reality TV type shows. I’m not a reality TV show fan on the whole. I mean, I don’t mind some of the talent-based ones (I just watched The X-Factor here in Oz, and watch US So You Think You Can Dance religiously – causing some body-envy issues I must confess!) but I hate all of these COPS, Drink Drivers, Border Security type things as well as those about badly behaved children, pets and wives or wannabe non-bachelors. I don’t mind some lifestyle-type shows and have previously confessed to a fetish for Escape to the Country and have – on occasions sat entranced by segments on shows like Embarrassing Bodies or similar, but mostly, if I’m up at that time of the night, I just keep my finger on the channel up/down button cycling through shows hoping something amazing will appear as if by miracle. 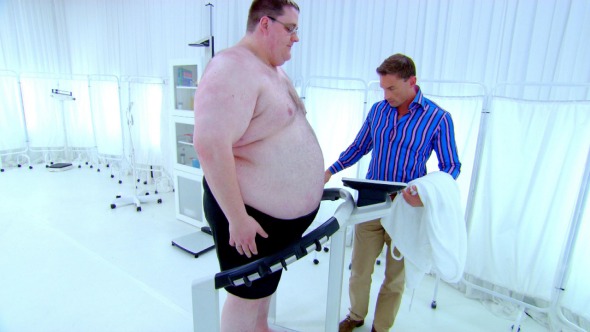 Apparently some ‘weight loss’ type show (Excess Baggage) will start here in Oz soon, featuring a range of (overweight) minor celebrities. We’ve started to see some media articles about the potential losers… I cringe at the notion, although wouldn’t be surprised if I end up watching bits and pieces – the whole train wreck analogy coming to mind.

On Monday, during my channel-surfing I stumbled across a non-celebrity version, seemingly from the US. I missed the beginning, which I assume must have been more entertaining because by the time I tuned in the person in question had lost over 100 pounds. Or maybe more. I can’t quite recall (and my care factor wasn’t what it could have been!). I think the end goal was a 200 pound loss. I’m not sure if the format is the same every week – god forbid I watch it again (note to readers: please arrange an ‘intervention’ if I ever speak of this in future) – so I’m happy to remain in blissful ignorance.

However in this particular episode (when I tuned in) it appeared the woman had been dieting and losing weight for about 6 months, divided into two phases (although I don’t know what they entailed). In the third phase she was about to head home to her family (and normal life) for a 3 month period – with a goal to lose another 30lbs during that time. 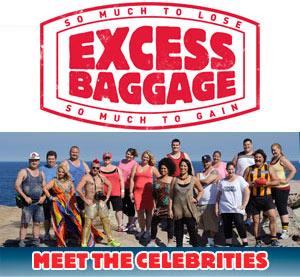 We only saw snippets of her life at home, but what we did see was mostly her bemoaning her lack of opportunity to exercise: ie. she was back working and had a family to look after etc. She was supposed to keep in touch with her trainer, but I think he knew something was up when he didn’t hear from her for a number of weeks.

As a result, when she went to weigh-in after the three months, not only had she NOT lost the 30lbs, she had actually GAINED weight.

Her back-home experience reminded me of the many things wrong with some weight loss TV shows and weight loss programs (of the non-televised kind) that create artificial and unsustainable environments and expectations. Having forked out money a couple of years ago to spend a month at a Biggest Loser style health retreat, I can indeed relate to the difficulty of settling back into normality after a life completely focussed on diet, exercise and one’s health. At the time I wrote about my first ‘day’ out of fat camp and my subsequent struggle.

“In my apartment, I opened my refrigerator and looked inside. After a month away it was bare. Dinner time and my options were limited. Even my ‘healthy’ frozen veges including peas and corn (a no-no on a no-carbohydrate diet) were now out of the question.

It wasn’t just the food. While at the airport and on the plane, I found myself teary and unsure. Even now, everything feels different. I don’t fit. After four weeks there, the camp had become my ‘comfort zone’. The outside world is now unfamiliar to me. It is a new challenge which I wasn’t expecting. I thought I was prepared. I wasn’t. I’m not. Perhaps it is different for those who leave and return to family. Perhaps I feel lost because I didn’t come home to anyone. Just an empty apartment. An empty life.”

The woman in the show went on to lose a bit more weight, though I missed what the final three month period entailed (possibly I was doing more channel surfing – Robin Williams, Jennifer Saunders and Elijah Wood were on The Graham Norton Show which was far more entertaining)… but her excuse-laden three months at home were a handy reminder to me of the benefits of being on the outside looking in. And I wondered what she thought when she later saw (and heard) herself on television.

I see tweets or Facebook updates from others which I often find to be overly negative, or annoying but… it occurs to me that I send / do similar things. Someone once told me that we recognise in others, things we don’t like about ourselves. Or was it the other way around? (Not sure, and I think we were talking about big noses, so the whole analogy may not make a lot of sense!) 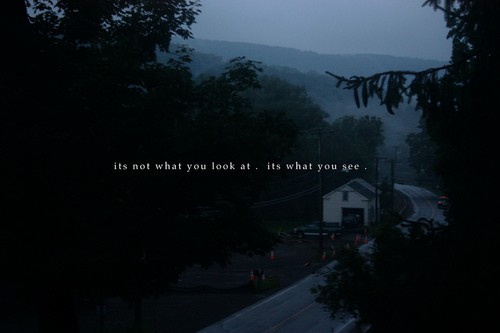 We don’t get the chance to take a step back and examine our own lives and behaviour as an objective bystander. Instead we get to observe and experience those around us. Watching the show, I rolled my eyes as the woman raved on about her busy life and inability to exercise in the outside world etc. ‘Excuses, excuses,’ I thought. ‘Lame!’ I thought. And yet… well, you get the point (pot, kettle, black – etc)

You may have noticed in recent months I’ve been letting myself off the hook less and less when I note that I’m coming up with excuses rather than reasons. I’ve always been pretty hard on myself, but my ability to justify almost anything will occasionally allow me to get away with giving up (or not trying) when I should be stepping up; and I’m sure others are the same.

So, what I’ll take away from my late night TV viewing, is that I’ll try to be more ‘mindful’ in future and think… If I was sitting at home watching myself as a contestant on a reality TV show (or just being a fly on the wall – an objective spectator), what would I think of my attitude and behaviour? Food for thought perhaps!