Everyone (in the Universe – because they ALL read my blog) knows by now that this round of my weight loss program has been a bit of a fizzer for me. After losing almost 20kg (over 40lbs) in the first twelve week round I had intended to lose at least half of that in this second round. Well… “How did I go?” you ask. DON’T MENTION THE WAR! (To quote Basil Faulty… and if you don’t know who he is…  feel free to ignore that pop culture reference!)

I’ve spent much of the last 11 weeks of the program justifying why I’ve not lost weight, angsting about my lack of progress and overanalysing every action (and inaction) to death. But… I summed things up last week by stoically saying: sure I didn’t get to where I wanted to be (or anywhere bloody near it) but… I’m still about 24-25kg less than I was when I embarked on the first round of the program. I haven’t reached (the much-aspired-to) double digits yet, BUT I have been exercising six days a week over recent weeks. And it would only take a bit of tweaking to my food and alcohol intake and I’d be living pretty healthily. So – all is not lost.

And I do believe that. Mostly. 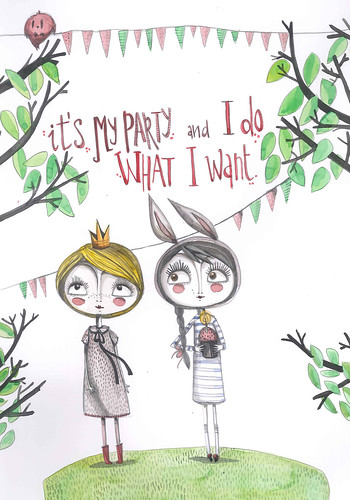 When the round started I’d intended on going to the national finale party (last round it was here in my current hometown of Brisbane, but this round it is in Sydney). I was quite excited at the idea of a nice long weekend away, staying in some lovely hotel and catching up with virtual friends from around the country, as well as Brisbane-ites travelling there; all while celebrating my amazing weight loss in a fabulous new frock. But… my lack of progress meant that I decided a few weeks ago that I wasn’t really feeling ‘worthy’ of interstate celebrations. Instead I decided just to attend a local finale party being held the week before the biggie.

Which… as it happens it is almost upon us. It is, in fact, THIS (coming) Saturday night. The venue’s booked, the money’s due, frocks have been purchased (though not by me – obviously!). And so forth. And yet…. I am wavering. I’m not sure I can listen to others’ success stories without feeling full of self-pity. And guilt. Despite my ‘It’s not all bad, I should be happy I weigh a lot less, am healthier etc…’ rhetoric, when I’ve been to group trainings recently the green-eyed monster in me has been envious that others have continued on with their weight loss and done far better than I.

Don’t get me wrong. I don’t begrudge others their weight loss. I’m sure they’ve worked bloody hard for it. But… THAT SHOULD BE ME! Yes… regular readers will know I’ve been here before. Envying the lives of others. I know I said I’d rise above petty jealousy and become this more evolved person, but….

I know I can’t change SOME things, but there are other things I can. And I know it is MY responsibility and ONLY I can take action – and I guess I am slowly and steadily doing that. But… I’m not there yet. And – because I’m not there yet, I don’t think I’m ready to par-tay.

On one hand, perhaps being there will motivate me (or guilt me) into getting back on track… but on the other hand, I don’t feel like celebrating. I mean, if I suddenly lost a few kilograms this week it would all change and I’d be partying with everyone else. But, alas… if I’m really honest (and there’s no point in not being so here) I’m a jealous cow and not ready to partake in others’ celebrations. And that – sadly – is the cold hard truth of the matter.