Despite having said I was an anti-mantra kinda gal…. I have to confess I’ve been repeating something to myself over the last couple of days. (And, no… I don’t mean my current favourite expletives, ‘FFS’, which pops into my head and occasionally out of my mouth every 5 minutes!)

As you know, I restarted my ‘healthy eating plan’ on Monday of this week, having jumped ship for a couple of weeks (well, a bit of the time anyway). So, after weeks of the occasional naughty mini-binge and wine most nights, my life was suddenly to be devoid of ANYTHING vaguely fun or interesting (when it came to food, anyway). 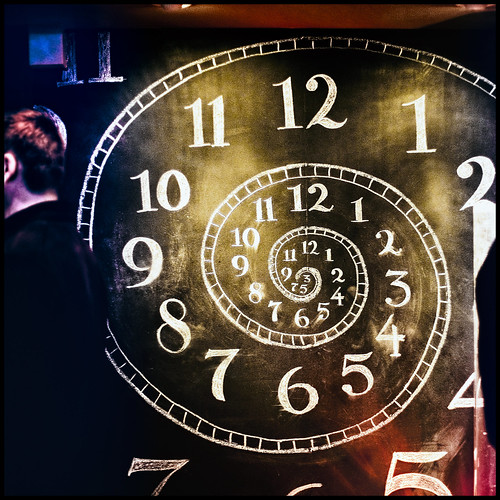 Now, I know this overly-rigid approach is part of my problem. But when eating cleanly or healthily, I tend to NOT partake in any food-related treats (aka fun stuff). I would not DREAM of eating cake or biscuits or chocolate or corn chips or hot chips – all of which remain in the ‘no-go’ territory.

I suspect – for long-term sustainability – one SHOULD incorporate some fun stuff into their diets; but I’m such an all-or-nothing person I worry it’s akin to opening the floodgates and ONE caramello koala (at 100 calories) will lead to an entire bag of caramello koalas (which, as a one-off would be not-good, but once I start – as you know – I cannot stop, so there would days of bags of caramello koalas!). I’m obviously still not great at picking myself up off the ground, dusting myself off and getting back on the straight and narrow. Once I’ve slipped off the wagon, I stay off… for days, or weeks – consuming everything I haven’t allowed myself over the preceding period of time.

And now, I’ve restarted my attempt to lose weight (that I won’t call a diet). I’m tracking the number of calories I eat (aiming for 1400-1500/day), plus exercising at least five times a week. Because I recognise the importance of being vaguely healthy I’m attempting to choose wisely, the food that will comprise the 1400 calories (ie. not eating only 800 calories in food to budget for alcohol!).

As I’m already 20+kg (44+lbs) less than I was in May 2011, the amount I need to lose isn’t as overwhelming as it once was, although I could still afford to lose a similar amount. But as I’ve been writing this I’ve realised that my confidence in my appearance has improved because I’m not focussed on needing to lose A LOT of weight to look presentable in public (or even normal). I’m closer to that than I used to be and am still receiving a lot of comments from people who (erroneously) think I’ve still been losing weight over recent months.

(As I’ve said before) the thing that IS overwhelming is the concept of deprivation: the no chocolate, no corn chips, no hot chips, no wine and so forth.

Now of course I realise there should NOT be a ‘never again’ notion; yet another a symptom of my black/white thinking. Just last week I referred to an article suggesting that overly stringent ‘dieting’ can lead to binge-eating. But… it’s one thing knowing this stuff and another thing actually bloody well doing it. So, while I like to think one day I can incorporate them into my diet without going crazy; I’m not there yet, so I’d best avoid them.

All of that being said (and aren’t you glad I took most of the blog to get to the point?!), as I’ve left work (or the gym) each day this week I’ve been struck by the familiar sense of panic mixed with melancholy over the pointlessness of living if one can’t eat / do what they want (etc). The notion of a night ahead of me devoid of ‘fun stuff’ feels overwhelming. But as I can’t go to bed at 7pm each night, waiting for morning to appear I’ve had to find other ways to cope.

And, although I’m not saying it’s the panacea which will solve all of my problems and keep me on the straight and narrow for weeks ahead (until routine kicks in, which I know it will), help arrived in the least likely of places.

Early this week I had just finished watching something I’d recorded and was about to delete the program, when I got sidetracked. Before I knew it I was accidentally 5 minutes into the next show – one of those cookie-cutter police or lawyer type shows. As is often the case, the intro started by giving us a bit of insight into the person who was about to be killed or attacked and the poor victim in question was at an Alcoholics Anonymous meeting talking to a potential recruitee.

“I don’t like the idea of NEVER being able to drink EVER again,” said the newbie.
“Don’t think of it like that,” said our unsuspecting victim, “just focus on today; focus on not drinking today.” 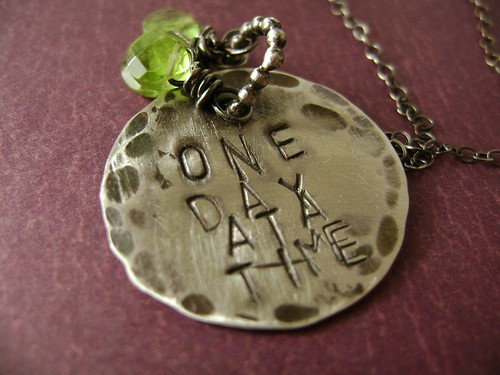 I know the motto of AA is ‘just one day at a time’ but (possibly because of my state of mind) something about the words on the show hit home. A mini ‘a-ha’ moment if you like.

I DO try to focus on small goals and attainable targets; but it sometimes remains overwhelming – that ‘never again’ notion.

So over the past few days I’ve been trying to take a leaf out of our poor TV victim’s book and focus on today. I tell myself that SURELY I can get through ‘today’ without eating or drinking anything I shouldn’t. Surely. And you know what… so far so good.