I have a terrible confession. And no… it’s not about my scary eccentric taste in television, men or food. Nor is it about some weird foible (cos, yes… I know I’ve shared a few of those).

It’s something that occurred to me recently when I was thinking about my slower-than-expected progress on Weight Watchers.

Now I know (from experience and my own reading and research) that losing weight is predominantly about what you eat. Whether you believe the 80/20 or 70/30 ratio, almost everyone seems to agree that exercise plays a lesser role (than food) when you’re trying to lose weight. Of course once you are trying to maintain your weight it’s an entirely different story. On top of that – I like to think that most people exercise for enjoyment and the health benefits… not just so they can eat more! 😉

On Weight Watchers you can earn extra ‘activity’ points for exercise, but  I suspect there’s an assumption of a moderate amount of incidental exercise as well. 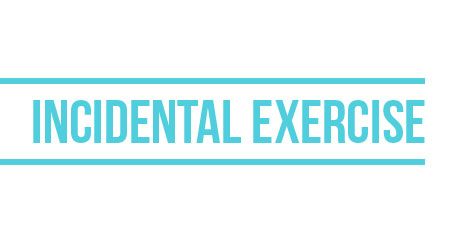 My exercise of late has been minimal. In fact the past year has been one of the slackest in my 40(ish) year history. However, as I read of people reaching their 10,000 steps-a-day goal or focusing on their incidental exercise I realise that mine is severely lacking.

In the past when I was avoiding cardiovascular exercise I was (at least) still doing pilates twice weekly. I was still walking to and from the bus or train to head into work and then from the bus or train to my office. And vice versa at the end of the day. I walked about my workplace and occasionally wandered about doing stuff with friends on weekends.

Because I now kinda work from home most days and feel obliged to tie myself to the desk as much as possible, I rarely get any incidental exercise. In fact – MOST days I don’t even go out at all. My apartment is tiny. And my desk is in my bedroom.

In fact, it occurred to me I probably spend 20-22hrs a day in my bloody bedroom.

Sure I occasionally walk to the loo or to the kitchen, but that’s it. I’d be lucky to do 1000 steps (god, even 250 steps) let alone the 10,000 recommended. On the days I work I get in my car, drive, park it at the office carpark and walk 10 steps into work. No trekking to and from public transport.

So it occurred to me – not only am I not doing any ‘exercise’ – but I’m also doing barely any incidental exercise. 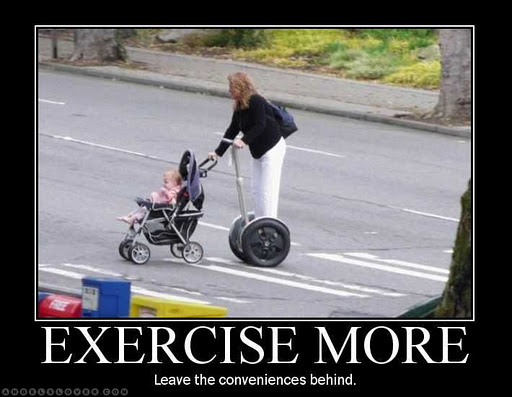 I’m thinking I should get a FitBit or pedometer etc. It would be scary to see how little I move, but it might give me the jolt I need!

Any recommendations (either for some incidental exercise) OR something to measure my efforts?

I remembered I’d previously written a post about incidental exercise – though at the time it was less about walking up a flight of stairs rather than taking a lift – and more about walking to and from the hospital where my father had been admitted. I checked out the post to see if it was relevant and had to stop and have a little sook. I didn’t know when I wrote it that my dad would never come out of hospital and that he and mum would follow me back to Brisbane (dad by Flying Doctor’s Service) and a month later we would have lost him. I’m not sure what I would have done differently but I probably wouldn’t have been so self-absorbed about bloody exercise and calories. (Am sure there’s a lesson there!)