I did something sort of momentous on the weekend. (And no, I don’t mean the fact that I finally changed this blog over to my own domain name, after almost a year of talking about it!)

I agreed to go away for a few days in April. By plane. 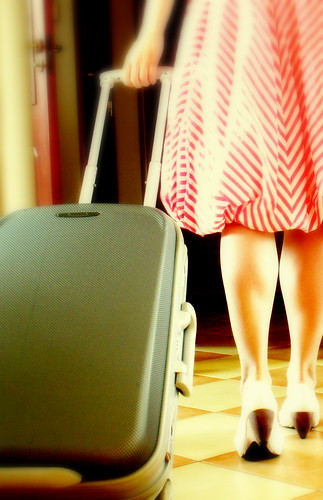 Now, the reason that this is amazing isn’t because I am flight-phobic in any way. It’s because I haven’t been on a plane for about a year and a half. Again, not because flying scares me, or because I can’t afford to fly. Long time readers of my blog may recall a blog post from almost a year ago, about the fact that my best friend had (over a year before) moved overseas and I hadn’t yet visited (even though a flight from Australia to New Zealand would be less expensive than my upcoming Brisbane-Melbourne flights!). In that post I confessed to my fear of not fitting into the aeroplane seats. I’d never had the problem before, but knew I was a bit bigger than I’d been when I’d previously flown. In fact, in all honesty, my fear was less about fitting into the seats as it was about how larger people are perceived when travelling, which had received increasing media attention and fucked with my paranoid mind.

I used to travel a lot. I’ve lived overseas on occasions and after returning to Australia ten years ago, had a job for the first year that involved regular overseas trips to neighbouring countries. Even some of my subsequent work involved some air travel around the State… but I didn’t think much about it. I just dutifully turned up at the airport as required, went wherever and returned home again.

But, as I gained weight I became more self-conscious. A feeling exacerbated by much of the debate around bigger people travelling. In the previous post I jumped on my soapbox momentarily to complain about prejudice against we larger folk, although if I’m really honest, I’d probably cringe just as much if I was next to a very large person. The issue made the media here again recently with an ex airline Executive suggesting that bigger people should pay more. I’m sure he had a logical reason (fuel costs etc), but the disheartening thing about it, were the online comments which flowed from the story. People were mean and people were nasty. The term ‘fatty’ was bandied about liberally.

Is it any wonder I’ve steered clear of aeroplane seats? I worry enough about taking up more than my space on my daily train commute.

My recent houseguest had worked overseas with me and continues to travel a lot. When I told him my reasons for not flying he was shocked. “But you’re not obese!” he said. (Ummm… I should do the sums, cos I probably still am!) “Well, I have lost 25kg since I wrote that post,” I said to him. And it’s true. I’m lighter than when I’ve flown previously. I don’t THINK I’m still worried about the seating issue… But nevertheless – I’ve delayed any travel.

I’m not sure why. My antipathy towards ‘being away’ could fill a million blog posts, so I won’t go there. I suspect some of it comes down to a self-consciousness that comes with being bigger. But again – many big people go about life as if they ‘belong’ there. Many have partners, they travel and have normal lives.# 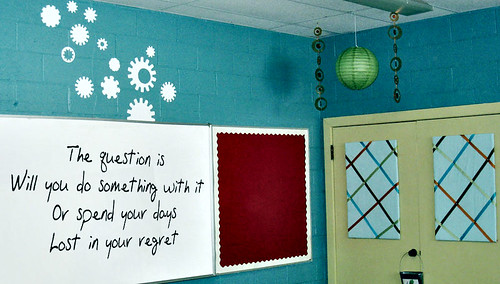 But, when my sister-in-law suggested my mother and I join her, my brother and niece on their trip south in April, I realised I had no reason for saying no. In fact, I’m quite looking forward to it. That alone is an achievement and I seem to be slowly realising I can’t keep putting my life on hold and I too deserve to do fun stuff.#

Although, having said all of that, I seriously need to be in double digits by then (which I hope to be the case… and please someone beat me about the head if I’m not!).

# Eek… rather than delete these paragraphs I’m making a note to dedicate (yet another) post to this issue of ‘worthiness’, because even I realise that saying I don’t ‘deserve’ to go about my everyday life is kinda sucky!