This morning I had to call into the Post Office to pick up a much-awaited parcel and the guy behind the counter said, “Hi, how’s life?”

I must confess it took me by surprise cos I was in a slightly grumpy mood having got there not long after it opened and been queuing for a while as people paid bills and generally dilly-dallied around. (Why can people not be more efficient when out and about!?!?!)

I’d actually started the day feeling quite chirpy and braved the local supermarket for some supplies, chatting away to someone else in that queue; but then the lack of parking near my local library (and lack of good reading fodder) contributed to the subsequent bad mood. Plus, it’s that time of the month, you know gals… so… blech.

I’ve been avoiding the supermarket for a couple of weeks and have already done a large online order due for delivery tomorrow, but this morning’s ‘shop’ was done out of desperation as I’d run out of a few essentials (milk, bread, eggs etc). It was also a bit of a test as I went to the supermarket which stocks my danger foods (rice cakes, corn chips, caramello koalas etc). Even scarier was the fact that I ‘d decided to buy ‘whatever I wanted’ to start on my not-dieting journey I discussed in my last post. I figured I needed stuff on-hand if I was to be able to ask myself (and my body) what I ‘felt’ like eating. My sense of deprivation will continue if I decide I want ‘x’ and I don’t have it on-hand. And, it defeats the point of focussing on eating what I feel like if I tell myself I can have it the next day when I get to the shops.

As it happened, I skipped the chocolates, because I’ve really not been craving or in the mood for them. Plus, they felt a bit more decadent. It’s one thing convincing myself that cheese flavoured rice cakes or corn chips are appropriate lunchtime fare, but chocolate… well, not so much.

Unfortunately I couldn’t get the packets and packets of rice cakes I planned to buy because there was only one on the wretched shelf. But I bought some corn chips. Plus the other stuff I needed.

Excitingly, since releasing myself from the dieting leash, I also bought a few things which I don’t eat when I’m trying to ‘diet’; including a heap of potatoes (for mashed potatoes given our recent drop in temperature), some mince to make spaghetti bolognese and some rice noodles to make pad thai. I mostly go carb-free at night during the week (having wine instead!!! Yes, it makes sense to me!) so spag bol and noodle-based dishes are mostly off-limits. Plus I’ve been seriously craving Thai food since having some on my recent Melbourne holiday, and as it’s sometimes difficult to find gluten-free choices, I figured I’d make my own.

Naturally on arrival home, I carried through on my plan to have SOME rice cakes or corn chips but only until I was full. I already knew I was hungry, so that wasn’t a problem (though I wasn’t overly hungry – it was just breakfast time) but I had to think about what I most wanted: corn chips; or rice cakes; or something completely different. I decided on the corn chips, but consciously did NOT eat them with a sour cream dip, which I usually would have done.

What that means for this blog I’m not sure, but I’m feeling hopeful (and still nervous!). 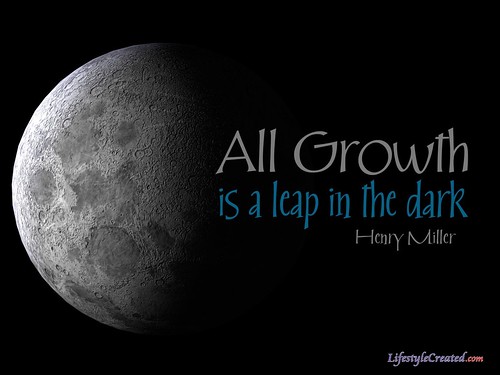 And so finally, I get back to the point of this post and the Post Office guy’s greeting.

And you know what… the question made me smile. My bad mood evaporated and I had to be honest.

And it is. I’ve started my four-day working week and although my paycheck was a bit depressing I’m LOVING the extra writing (and me!) time. I’ve exercised well this week and am keen to finally get to a Sh’bam class tomorrow to try that out. I’ve actually had only one vanilla diet coke in 12 days (and found it incredibly sweet). And I feel like a bit of a weight has been lifted by lessening the dieting ‘rules and regulations’ which have dogged me for a very long time. Don’t get me wrong. I’m not saying I’m finally on the right track, and I’m not saying it’s all going to be fine. But… it’s okay. In fact, like I said to the guy at the Post Office; it’s pretty good.

Very excitingly after flagging my post with the ‘If not dieting’ website, I got an email back from Dr Kausman himself saying he liked the blog post. He also mentioned some stuff coming soon on the website, so I’ve signed up to be a member.