I had the guilts all weekend. And when that happens I find it hard to climb out of the funk it puts me in. I’d been out and about on Saturday when I became really overwhelmed – for no good reason… and when I thought about it, I think the guilt and self-loathing lurking in the back of my mind had taken over everything. 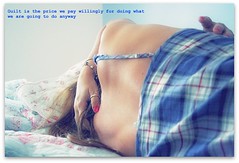 It all started on Thursday night. I got home from work seriously tired and skipped exercise (thereby making it my rest day instead of Friday) and after a lie in the bath decided against cooking the fish I had out defrosting, instead deciding I would just make some popcorn for dinner. I’d had a really low calorie day, so frittering away about 400 calories on air-popped popcorn, butter and flavouring felt entirely doable. By the time I was happily ensconced in my PJs and back downstairs I was feeling a bit peppier and looking forward to the lazy, easy dinner…. Only to discover I had no popping corn. Shit!!! My grocery shopping is severely out of whack at the moment as, on this weight loss program I don’t make the constant trips to the grocery store that I once did.

I sulked for another half an hour, before deciding I should just defrost the bloody fish and cook that as planned. Which I did, and – even with 300 grams of potatoes – kept under my daily 1200 calorie limit.

There’s a grocery store near my train station and so I came home from work Friday suitably stocked up on popping corn. I wavered once home though. I’d ridden my exercise bike, showered and was about to prepare the popcorn, before I stopped to wonder if I really wanted it. After all, I usually have some popcorn as a late lunch on Sundays and, given I wasn’t really DESPERATE for it, I could just put it off. I also realised I’d have a lower calorie day if I simply had some left over fish instead. So I had the small piece of grilled fish (100 calories). So, it was all good. But then…. as I’d only had about 700 calories for the day I decided I could still prepare a small serving of popcorn. Argh! Yes, you can see that this is going to end badly!

There are a number of reasons I love popcorn: it takes AGES to eat – popped piece by popped piece – and I am a grazer, so it suits me; and the air-popped corn itself is low-calorie. It’s only the crap I put on it that adds calories.

Of course once I came to pour the kernels into my air-popper I poured the usual amount in, rather than popping a small amount. And I ate it all. Even with the excessive calories I was under my daily limit, but as I’ve been trying to limit my carbohydrates a few nights each week, I felt terribly guilty! Not only that. I hadn’t needed it BUT still had it. Why oh why? I stayed up excessively late so I wasn’t going to bed on a carb-filled stomach. And I remained slightly guilty the next morning. 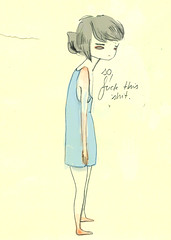 But what did I do the very next day? I had cereal and yoghurt for breakfast – after boxing – which was all carbs, but fine. Then I spent several hours out house-hunting and doing some other chores. It was mid afternoon before I thought of lunch and – as I sometimes do on weekends – I decided to indulge in popcorn while watching DVDs. So, I willingly consumed another 300-400 calories in fluffy carbohydrates. In all honesty again, it wasn’t the popcorn itself that played on my mind all weekend: it was the fact that I ate it EVEN THOUGH I’d already bought supplies for my ‘treat night’ dinner.

On the weight loss program I’m on it’s suggested we have a ‘treat night’. In reality it involves saving up our snack calories for the day and adding them to our dinner calorie limit. I tend to partake in red wine, fillet steak and mashed potatoes on my treat night. And… sometimes that takes me over the 1200/day calorie limit. But, it is usually the only day I go over the limit and it usually takes me up to about 1700-1800. I skimp on calories a few days either side and so make it up. I know this practice isn’t healthy, but I’ve regularly talked about my binge-fests in this blog, so I figure that some potatoes and red wine is not too nefarious. And, I usually keep the rest of my day fairly low in calories. BUT… not yesterday. I think it was the first time I went over 2000 calories since I’ve been on this program (not too far over, but just).  And when I thought about it, I realised that IF I usually have popcorn on a weekend, I usually do it on a Sunday. NOT a Saturday. Bah! 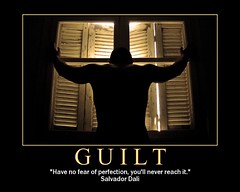 I know the end isn’t nigh. But I feel bad. Guilty bad; and it’s playing on my mind. I know I’m prone to guilt and write about that often, but I’ve been so good I don’t want to start slipping. The part of me that doesn’t catastrophise or resort to black/white thinking, realises: it’s just two bloody bowls of popcorn (and butter and flavouring); it isn’t the worse thing I could be eating; and it’s just a couple of times (albeit two days in a row)….

But the part of me which I have let down on so many other occasions, worries that: it’s part of a trend; and just when I thought my binge eating was under control, I eat something that I didn’t really NEED to eat. I seriously contemplated alternative choices each time, so there was a moment that I made a conscious decision to go ahead.

I know that in itself is an achievement, but having considered healthier options, I STILL went down the popcorn route. Fuck! I’d just written a post about being in control of my binge-eating. And, though I know I didn’t binge-eat, I still had that moment when I could have said no, but I said YES.

Which brings me back to my funk… my guilt and self-loathing. I spent most of Sunday mentally making all of these promises for the final two weeks of this weight loss program. I won’t eat any carbohydrates. I won’t drink any alcohol. Etcetera. But, even I know the all-or-nothing approach isn’t a good one. Even I know that what I need to do is get back on track, stick to my calorie limits and keep up my exercise.

By the time Sunday afternoon came I tried to buck myself up, did my exercise and cooked myself a healthy dinner. Even now I’m trying to remember that ‘all is not lost’ or that I’ve not ruined everything I’ve done to date. The sane part of me knows I haven’t, but it’s fighting the other part of my mind. And it usually wins.