Today I bring you the third and final guest post in my series. You may have noticed that I have taken the opportunity to share with you, some of the inner-workings of Schmiet’s mind. She’s currently a bit gun-shy and fears she’s been over-sharing, so I’ve taken the initiative and thought that I’d try to decipher for you what’s happening in that twisted little mind of hers. 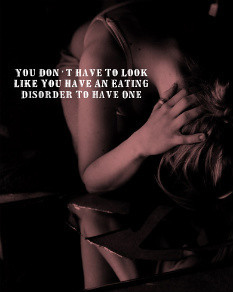 Last post I talked about her binge-eating behaviour, which continues to plague her many years after her ‘eating disorders’. It occurred to me recently that she sees it as a defined time in her past… as if she could rule a line under her anorexic and bulimic years. However, her recent re-focus on weight loss and meagre success has meant she’s become increasingly self-conscious about her binge-eating and mindset issues and fears she may never lose the weight she needs – or maintain it – until she battles some of her inner demons.

Naturally I’ve been trying to convince her that it’s not necessary. And frankly I think she was fine before she started losing weight. I mean, going through life alone and feeling unhappy as a big fat failure really isn’t that bad, particularly with food to comfort her. And I’m still trying to convince her of this fact.

Last weekend she was reading a blog post from Chubby Girlfriend, of Boyfriends Make You Fat fame, about binge-eating… which has led to her (and therefore my) pondering on the issue this week. The article from her blog (below) which I think is from Shape magazine here suggests four reasons we may have a problem with binge-eating.

Chubby GF said she could relate to the first two. Schmiet and I looked at the list and said, “Well, 2 and 3… obviously. They’re no brainers,” but then she read the title of last one and I noticed she was a bit gobsmacked. Because the heading for number 4  is basically saying YOU BINGE BECAUSE YOU WANT TO BINGE. Well, sort of (when in fact it refers to the oft-discussed emotional eating).

But firstly back to numbers 2 and 3. Number 2: Anyone who’s read her blog knows she regularly confesses to ‘black/white’ thinking. I suspect she blames me for this – as if I am a little pitchforked devil sitting on her shoulder competing with an angelic creature on the other, resulting in her either ‘dieting’ or ‘not dieting’. This may *ahem* well be the case and… as a result, her all-or-nothing approach means that she can (at times and which comes as a surprise to me) be ridiculously stringent… naturally resulting in subsequent food blowouts as soon as I am able to convince her she needs some ‘relief’ from her fastidious way of life.

As for number 3: readers would also be aware that guilt is the bane of her life. She goes on and on about it. I come down on both sides of this argument. Guilt-free living has its advantages, that’s for sure… (I mean, HELLO, living life without repercussions!) but sometimes when I really fuck with her mind the guilt become so overwhelming food is the only thing that quells the gnawing anxiety.

And, now to number 4. As we noted, the article is essentially referring to emotional eating. Yep, sure… even non binge-eaters can be emotional eaters, but the thing that struck her as she read down the page was the heading: …You’re feeling the need to binge.

She’ll usually say that she’s out of control when it comes to her binges (usually leaving herself in my capable hands). I encourage her to literally inhale thousands of calories of food until she’s beyond full. She barely tastes what she eats and with little consideration of the consequences. (Naturally I let her think that tomorrow, she’ll get back on that dieting wagon; and encourage her to just keep going with the binge-fest because she’s already had a calorie blow-out and so she might as well keep going and make the most of it!)

But…. damn this article! It made her realise that they’re planned. A slight ‘a-ha!’ moment for Schmiet as she decided the heading was right. Sure HER motivation is emotional (usually anger in her case) and sure she’s wanting ‘comfort’ from SOMETHING – but I plan our binge. I look forward to our binge. I often fantasise about our binge. “How many bags of corn chips will we buy?” we wonder. “Will two 250g blocks of chocolate be enough?” we ask. “No? Okay, we’ll get two blocks of chocolate and a bag of caramello koalas. Oh…. and maybe some hot chips. You know… just case everything else isn’t enough.”

Sure there are other times when we prowl her kitchen and search out whatever’s on hand… and many a year passed when she could not keep flour or sugar – as I would convince her  that a faux cake batter-binge would be sufficiently fulfilling. But I no longer have QUITE that hold over her. It seems. 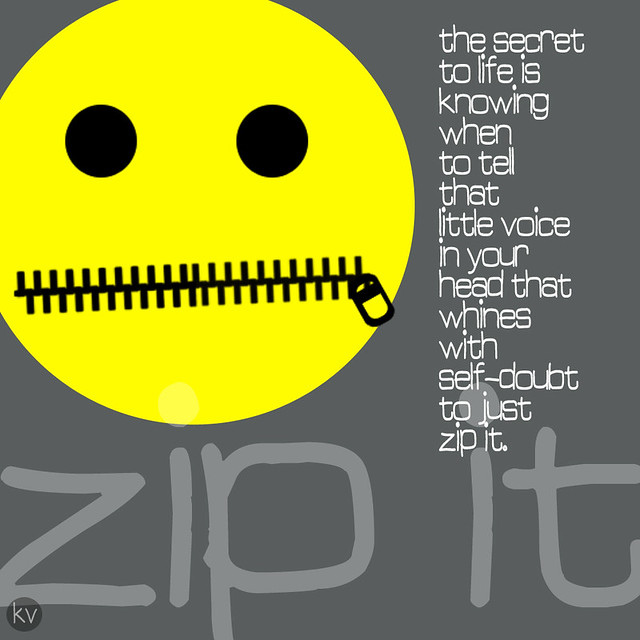 So Schmiet realised, while her binge-eating is mindless, they are usually meticulously pre-conceived. Even if it’s us in the supermarket throwing things into our shopping basket. I often remind her that, sometimes, eating (and not just eating meals, but over-eating or binge-eating) is the only thing that gives her pleasure in her day. She’s tried the self-help article suggestions: spoil yourself with pampering baths; take the time to read a book. Blah blah blah. Frankly it doesn’t cut it. It’s not fulfilling to me so it’s not fulfilling to her.

So where does this leave us. Her and I? For a change I’m not exactly sure. As for her… she’s wondering if she’s clinging to her binge-eating ways like a drowning man to a life buoy. She’s wondering if it’s not just the food itself that is the emotional crutch, but also the binge-eating habit as well. Just when I think I know how ‘we’ think, feel and act, Schmiet learns something new about herself – often something over which I have no control. And… she’s hatching a plan. I can feel it in my waters…. as Schmiet’s great aunt and my namesake would claim.

As for what’s next, well… she’ll have to fill you in.