I’m pretty sure you’ve wondered with bated breath how my shake-a-thon is going. No? Why the hell not?!

Perhaps you were / are like me and expected the worst – that I’d crash and burn on day two, or three?

Nope… as it happens I’m still going strong and have now been using IsoWhey Complete for an entire week. 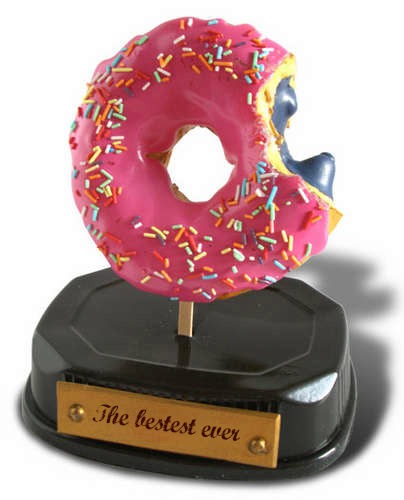 Dieting, shakes and weight aside: I committed to something and I’m following through. I’m most chuffed with myself AND am actually feeling better physically.

I can lie on my stomach when I go to bed (I like to sleep on my stomach or side). Normally, having consumed 1kg of frozen oven chips with my healthy fish, I cannot sleep because I’m beyond full.

But, after a week meal replacement IsoWhey shakes and lots of protein for dinner, I’m already feeling less bloated and yucky.

I’ve got a long way to go and I still can’t promise success, but so far so good.

When I realised the shakes’ protein powder was only about 110 calories per serve I worried that it wouldn’t be filling. The information booklet and website suggest making smoothies and other delicacies, but I have the shake with high calcium skim milk (taking it up to about 200 calories). And amazingly, after my breakfast or lunch shake, I’m not hungry for the rest of the morning/afternoon.

I was fortunate enough to choose the flavours of shake I was offered and went for chocolate and vanilla. I’m not a huge fan of strawberry flavoured things and although I like lolly bananas (!!!) I don’t like the real things.

Happily the shakes are quite nice. Being impatient and not a avid ‘shaker’ I’m never entirely successful at dissolving all of the powder in the milk but am happy to eat the dregs with my spoon. The mixture isn’t sweet like a real milkshake OBVIOUSLY, but tasty enough to enjoy.

I’m yet to replace an evening meal with a shake and might battle to do that – appreciating the cooking-of-dinner process as I do.

It’s been a busy week and it’s been nice NOT to have to think about lunches. And now that my place is on the market and I have to leave it inspection-worthy as I head to work each day, it’s a relief that my breakfasts are quick and easy.

I’ve had opportunities to stray but I’ve held strong. I lunched out for a colleague’s farewell and specifically asked for no fries or baked potatoes with my grilled steak as I knew I’d nibble if they appeared on my plate.

And, some time ago I mentioned the fact that I often succumb to evil while visiting my mother. I don’t know what it is, but in my childhood home I have permission to eat all sorts of crap. “What goes on tour…..” sort of thing.

However, I sat with my mother, brother and niece as they consumed a packet of gluten-free corn chips without being tempted. And some Lindt chocolate survived my weekend at my mother’s house.

And I’ve had my moments. On Saturday mum talked about needing to go to the grocery store. Immediately the notion of getting some exciting binge food popped into my head and I became dizzy with anticipation. Yes, yes, YES… my mind said! (Channeling Meg Ryan in the When Harry Met Sally café scene!)

But then, no! I’ve been making such good choices, I reminded myself.  I committed to do this, I said to myself.

And I held strong. DESPITE a sense of deprivation. I wanted to pout. Like a teenager. A debate was waged in my little mind: why can’t have I whatever I want / it’s not fair; versus I don’t need to do that.  And, just like that, I grounded my inner teenager. I shook my head at their sense of entitlement and said, NO.

I’m writing this before I weigh myself because I don’t want that to impact on my words and my feelings. There have been so many times over this past week that I would previously have turned to my binge / trigger foods to cope; but I haven’t.

So… it would seem, I do have some willpower. I can commit to… stuff. I’m stronger than I believe myself to be.

Disclaimer: I was gifted a 21 day supply of IsoWhey Complete for my personal use. There has been no compensation or other incentive offered to write a favorable review. All opinions expressed in this space are mine, written with the objective of giving readers my personal opinion on the product used.