At this point, and given that it’s a Sunday – the Sabbath for many – and all that… I should probably make a confession or two. 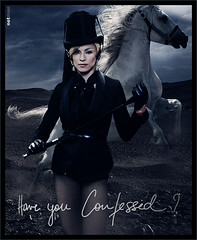 As you would know by now, because my father’s in hospital I’ve stayed in my hometown about 5 or 6 days longer than originally planned which has – to some extent – thrown my dieting plans into some disarray, although I haven’t exactly crashed and burned which once would have been a certainty.

As I mentioned in an earlier post, I’ve managed to exercise every day, although I realise I could be doing a bit more than walking. On one hand I’m happy I’m doing SOMETHING, and in terms of stepping it up a bit, I know there’s no way I’m ready to run in public; but on the other, there’s been nothing stopping me doing some strength work – push-ups, dips, lunges and squats etcetera. But alas, I haven’t.

Foodwise I’ve been okay. I’ve been under my 1200 calorie limit every day but two, and one of those days I was only 50 calories over. But…. And it’s a big but….

I’ve had alcohol EVERY night since the program started. I know. Egad!

Last round of this program I went without alcohol completely for a month, then indulging only once a week, before allowing myself wine a couple of times each week in the final month. So… it would appear that I’ve gotten off to a spectacularly bad start this round of the program.

It means that I’ve barely consumed 700-800 calories in ‘food’ each day, in order to leave heaps of calories for booze. Which, even I know, is not sensible!

I’d like to say it’s been the stress of dad being unwell, particularly in the early part of the week when I thought he might not make it… But even if that was the case, it’s not a good thing that I would turn to alcohol for support and to numb the senses. However, it’s more likely that I’ve overindulged because I’m out of my usual routine and, rather than have junk food at night, I’ve ‘treated’ myself to some wine. Every bloody night! 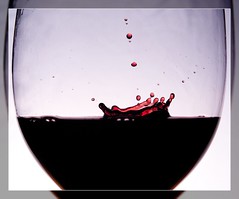 I am on holidays so I’m cutting myself an iota of slack, BUT… I’m also supposed to be a relatively evolved grown-up on a weight loss program who knows better.

So, as I depart my former hometown tomorrow to return to my current hometown, the time has come to slap myself about the head a bit and wake the fuck up to myself!