In just 11 days hundreds of participants on my weight loss program will converge on my current hometown of Brisbane for the Finale party. The online program operates three times a year and I think this is the second year since its inception. (I could actually do more research, but that would require some effort!!!) As far as I know, the Finale party is held at the end of each 12-week round in rotating capital cities across the country.

I was only just learning about the program around the time the last Finale party was held. I gather hordes turned out at the venue in Melbourne and I read many disappointed tweets from those who hadn’t met the program’s leader, Michelle Bridges, or who felt a bit overwhelmed by the sheer size of the program. 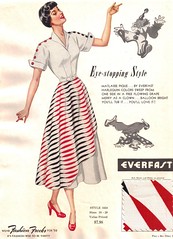 I’m not particularly worried about that. I am not expecting too much from the event; and, although we can take a guest, I am going alone. A couple of old-timers (and I mean that in the nicest way) said they skipped the first one or two and only went when they knew more participants and probably felt far better about frocking up.

‘Cos that’s where I’m at. I’m excited about the Finale party and meeting SO many people I’ve connected with in program Forums, Facebook and Twitter. In fact I actually wish I wasn’t in the midst of selling my place as I might have offered my place up as some sort of ‘party house’ for a few out-of-towners. So, I’m excited about the ‘meeting-people’ part as I seriously care about how they’re doing and feel a sense of closeness that surprises me. In fact, there’s also a training session earlier in the day, which I’d intended to attend, but now have agreed to go and watch my niece in a beauty pageant nearby. I really considered the choice I must admit… but decided I was chuffed to be asked to go and watch my niece (who won ‘Grand Supreme’ at her last and only previous pageant), so would regret NOT doing that more than not going to training. But, it does mean that I won’t be able to hook up with fellow participants until the night in question, or perhaps at pre-dinner drinks.

Already most attendees have decided what they are wearing and have chosen an outfit to ‘show off’ their new bodies (in a nice way, rather than a slutty pole dancing way). Like so many almost-middle aged non-celebrity types, I don’t have the opportunity to frock up much. A friend of mine used to force me to the races every so often, but even at my slimmest (in recent times), I felt awkward and out of place in my shapeless outfit alongside friends in strappy frocks. I’m not a frocky girl, but I put that down to the fact that I feel too frumpy for frocks (bit of alliteration there!). But when I was much younger I LOVED going to balls and the like or dressing up for special occasions. But… not so much at the moment. I’ve only attended one wedding in the last five or so years and groaned when I had to think about what to wear. Not unsurprisingly though, in the past when I’ve lost some weight, I’ve ventured out in skirts and more fitting outfits. And even now, I’m fitting into Nicola Waite (or Nic) stuff that I haven’t worn for a few years.

Life was so much simpler when you could simply don a pink crocheted dress, some lovely long white frilly socks and black patent shoes

But, I’m a long way off frocking up yet. Sure (as of last week) I’d lost 17.5kg which is huge. I know that. But I still weigh (as of last week) 111.6kg. So I’m a long way from flaunting my body. And, in all honesty, I’m loath to buy some stunning new outfit which (HOPEFULLY) I will only wear briefly. I have a gazillion other things I could wear. Sure, I’d love to buy something especially for the occasion as I don’t get to frock-up much; and one of my closest friends is getting married shortly after and I could wear the same to both; but I just don’t feel there’s any value in me buying a new outfit, or in frocking up, yet. I just don’t feel ‘ready’.

If I’m still in close contact with others on the program and the timing suits, AND if I’ve lost another decent amount of weight I think I’ll look at frocking up for the next Finale party. I suspect at that point I’ll feel a lot better about myself and more confident about the notion of an unveiling. But until then… I’ll try to remain pleased at where I’ve come from, though conscious of where I’ve yet to go.