I breakfasted (well, given it was 10am – brunched) with friends today.  And, I must say that breakfast is one of my favourite times at which to dine out.

The unsociable-me likes it because you get the commitment out of the way early and have the rest of the day to finish chores, or just vege.  The ‘me-who-enjoys-seeing-their-friends’ likes it because people are more likely to be free first thing in the morning; and it isn’t as resource-intensive (for those with many commitments, including kids, husbands etc) as a dinner out.  The absence of alcohol (generally) also means driving isn’t an issue, thus saving on cab fares. 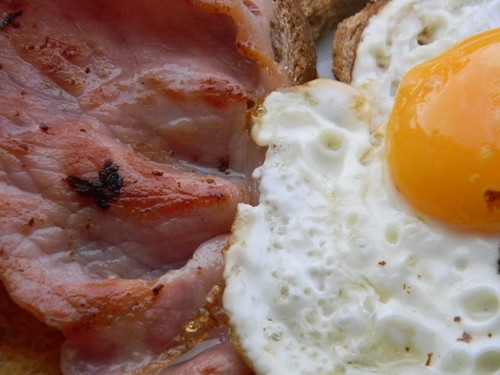 In addition, as a coeliac, breakfast is usually a fairly safe time to dine out.  Most decent cafes nowadays stock gluten-free (GF) bread.  Occasionally places even make their own and I am excited when I get thick wads of toasted near-normal bread.  Today’s bread (toasted) was the bought kind.  It was also actually orange in colour – which was a bit worrying.  The bread issue is a big one for coeliacs given the central role that wheat flour plays in its production.  Thankfully I’m not a big bread eater so it’s never been a problem for me.  In fact the only time I really liked bread was when dining out at breakfast time and getting served a very thick chunk of white toast dripping in butter.  (I don’t usually like butter – or margarine – either, other than on popcorn!)  Anyway, the availability of GF bread means that breakfasts out are pretty safe.  Today I indulged in bacon (GF), poached eggs and tomato on toast.  It wasn’t one of the best breakfasts I’d tasted, but catching up with friends over brunch was just lovely.

Years ago when I last (properly) did Weight Watchers (losing over 20kgs) I started off quite obsessively.  (“No!” I hear you sarcastically saying!)  I recall brunching with one of the same friends from today and really ‘grilling’ the waiter about how the omelette was made.  This was before my coeliac diagnosis so the gluten inclusions weren’t an issue, but I hounded the person about whether there was butter used, and the type of milk in the omelette.  I actually think I asked them to use water instead of milk. Fucking ridiculous I now realise.  As if 50-100 calories in the overall scheme of things makes a big difference.  And, it wasn’t as if I dined out a lot.  I am sure if you were eating out every day or two you would have to be careful with your choices and what went in your choices… but it wasn’t as if I’d gone for the pancakes with maple syrup.  It was, however, so typical of me.  I also recall another event from around that time.  I’d been on WW for about 4 months and Christmas was approaching:  I went to a BBQ and – am sure – was quite healthy, but later in the evening someone pulled out some chocolate.  I had a Lindt ball and felt quite guilty about it, though I remember telling my hosts that it was the first chocolate I’d had in 4 months.  Jesus effing Christ!  No wonder I eventually quit and then packed on 30+kgs. 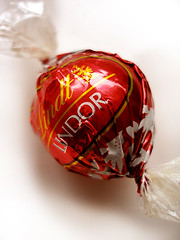 I dine out so rarely nowadays (not by choice, but mainly cos friends are busy and catch-ups rarer) but when I do I don’t want to not enjoy my meal.  Ideally I won’t order the most unhealthy thing on the menu (I far prefer eating crap without an audience!), but I wouldn’t opt for an egg white omelette when a yolk and splash of milk wouldn’t set me back more than 100-200 calories.  Perhaps if my previous attempts at losing weight hadn’t been so much about (the bloody act of) dieting, then I would have developed more sustainable, healthy eating behaviour – not the all or nothing style that sadly comes so naturally.