I was looking for something yesterday so had to trawl through old posts. In all honesty it made me a bit sad… Not because my posts used to receive more comments (which they did) but rather, the loss of my exercise mojo. Many of the posts from this time last year talked about my 4-5 sessions at the gym each week. At the time I wondered if I was pushing myself hard enough – oh, and I was annoyed that trainers continued to make me do mountain-climbers or burpees despite my dodgy hip flexors.

Ahhh…. those were the days. When I exercised.

Bizarrely I realised I miss the fact that I used to exercise, but not the exercise itself. Sure, I wish I was still doing my fave faux Zumba classes, but as for the rest of it… meh!

Yesterday I read a newspaper column (delivered by my mother with a heap of clippings) by some guy who’d lost a lot of weight. It was all about the food, he said (which I already know!). But… he also talked about completely dropping his exercise regime along the way. It gave me 10hrs a week to do other things, he said, and his weight loss and even maintenance (which is often when exercise counts the most!) wasn’t impacted.

Now, I might have left my exercise mojo back in the city when making my seachange, but even I believe we need to do SOMETHING.

In fact (for me) yesterday’s thong-walk was probably the best part of my day. Now that I’m not forcing myself to do something every day and am walking (leisurely and when I feel like it) I find myself out on the nearby pier, soaking up the majesty of the world around me and just happy to be alive. (In fact I would have perched on the edge of the pier for a while yesterday – at the mercy of gusting wind – if my iPod’s battery had not been dying… or if I’d not needed to go to the loo!)

A week or so ago, another Aussie blogger, Kerryn from fitbody fifty was sharing pics from a body building competition – FitX, being held in Melbourne – she attended (as a spectator).

And… I apologise for what I’m about to say but… I don’t ‘get’ or like body building. I know it’s just a personal preference thing, but I struggle with the ‘why’.

After some more pondering though, I realised that body builders train to look good on stage for a particular event, as do models who might exercise to look good on the catwalk. Sometimes exercise can be less about performance and more about aesthetics.

(Over)analysing my own thoughts and judgements then had me wondering: do I see some forms of training or exercise as more legitimate than others?

I’ve long admired athletes. My own father and brother were both talented athletes. I grew up surrounded by sports and athletes.

In those days, training daily and / or complementing specific training (basketball, in my case) with fitness and strength training was a no-brainer.

It wasn’t until I became anorexic that training and exercise took on a different guise. Although I probably tried to convince others it was for the betterment of my basketball career, it was mostly about losing weight and looking skinnier.

It’s interesting then that I found it hard to understand why some people exercised or trained…. for nothing in particular.

My first taste of this was at university (mid-late 80s) when I came across someone who jogged – but who was not training for a particular event or sport. Although I’d exercised for hours each day training for sport or obsessively trying to whittle away weight it never occurred to me others might exercise for enjoyment or even to manage their weight in a non-obsessive way.

Once I was no longer anorexic and stopped playing sport, I quit exercising. Completely.

And it wasn’t until I really started to gain weight that I realised the art of exercise wasn’t just for athletes or anorexics. 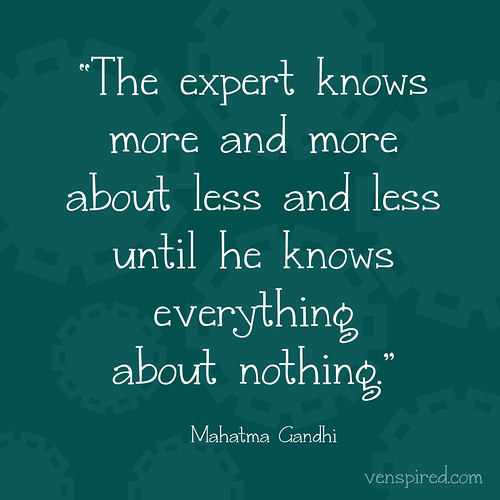 Over the past 20 years I’ve dabbled in a range of exercise options. I’ve belonged to gyms (hell, despite being a poor volunteer, I even forked out money to go to a gym in a plush hotel when I lived in Mozambique) many MANY times. I’ve had obsessions over the years with Step, Body Jam and Hip Hop classes. I once would do almost anything to avoid missing a boxing class at a local gym. And most recently I’d go into work on my day off to avoid missing my fave faux Zumba class. In between those times I’ve walked, tried to run and done pilates. Or… I’ve sofa-surfed (aka done SFA).

This long and blithery (and now somewhat pointless post) is really just my way of saying that I finally get it. No longer do I see others’ Twitter feeds or Facebook updates about their marathon or fun-run training and feel like I’m failing in comparison.

Exercise sometimes isn’t about training FOR something. It isn’t always about losing weight, getting fit or looking good. Sometimes it’s just about enjoying the moment.

What does exercise mean to you?