There are two things I know for sure:

Spoiler alert: I’m not in a great place.

I’ve been trying to work on my self-image issues. I got into the lift in my apartment building last week (having been away for several days) and saw my reflection. I automatically grimaced and thought very bad thoughts before I caught myself.

It’s something I’ve been working on. I’ve talked before about the fact that—while I struggle with MY body and believe it needs to be hidden away in order to not scare small children—I appreciate and admire a lot of plus-size bloggers who share images every day of their outfits (and their bodies). Some aren’t that plus-sized, but some are. I can look at them and think they look great, but can’t do the same about myself.

I decided, however, to try. My weight has blown out of control over the past two and a half years. I’ve gained 40kg or more. That’s like nearly 100lbs. Which is like 50kg which is very scary (and yes, I know I’m stuck in some mathematically-challenged cycle there!).

Losing that much weight plus the 10-20kg I already wanted to lose (or the extra 20-30kg BMI charts say I SHOULD lose) is beyond scary. 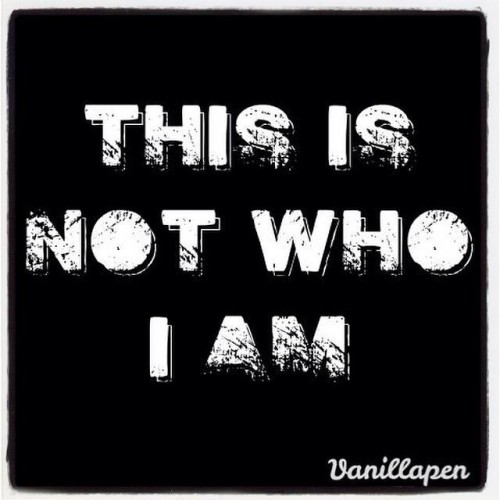 Over the past year, I’ve continued to be stuck in the same thought pattern which has plagued me for far too many years.

In bed at night
Oh. My. God. I’m so fat. I’m horrendous. I’m unhealthy. I might die. I need to do something. STAT. Tomorrow morning I’ll start a shake diet so I can lose lots of weight quickly.

Later that day (after I’ve been wallowing in bed in a depressive state for hours)
Damn this dieting malarkey. I know… I’ll try intuitive eating and not-dieting. I’ll approach my ‘lose weight’ plan from a place of self-love not self-hate. I’ll tune into my body’s hunger signals and eat what I want when I want it, and I’ll bloody well enjoy it.

That night
God I’m so full, I can’t sleep. I ate way too much today. I’m so fat and pathetic. This not-dieting thing really isn’t working. I need to do something extreme. Surgery? No carbs? Shakes?

I’ve written endlessly in this blog (albeit in the past) about my battle with anorexia, bulimia and (still) intermittent binge-eating disorder. I’m OVER the food thing. I’m OVER the diet thing.

That doesn’t change anything however, cos… I still need to lose weight. It’s not just an aesthetic thing. My BMI is like 46 or something.

Hence the whole refocus on trying to accept my body (body neutrality at a minimum) or accepting the fact that WHILE I’m far (FAR) from where I’d like to be, I deserve to be valued and treated as a worthwhile human being* nonetheless.

However, just as I was thinking I was going to pursue this self-acceptance thing (thereby hoping I’d appreciate my body enough to want to make changes for it, not ‘me’) I saw some photographs from an event I attended last Friday.

They’re awful. Beyond awful. There’s no way I look like the plus-sized or curvy bloggers who share style and fashion pics. I look like that big lumpy creature in Star Wars. With sweaty hair and a fat face.

So there you have it. I’m fat and need to lose weight, but have no idea how. Fuckity fuck!

I won’t ask for hints cos even I know the obvious is to eat less and move more.

NB. This is why most of my posts have been about books, cats, dogs and crap lately.