Firstly I was walking behind a group of young people speaking in Spanish or Italian. I speak (very) basic Portuguese so listened-in, hoping to exercise my very rusty language skills. What occurred to me (as it did when I was living in Portuguese-speaking countries and exposed more often to the language) was how I tried to listen for familiar words… often making erroneous assumptions about a word because it sounded like an English word I recognised.

Then as I neared our office building I was behind a woman with long brown hair in a chic dress and very high heels. “Oh that’s Mary,” I thought to myself, even though the person wasn’t really the right height or shape for Mary.

I realised I actually knew it wasn’t Mary, but started wondering why I even entertained the idea it was her.

Given that I’d just had the language experience it occurred to me that I was trying to make sense of things by grasping at the familiar. I was viewing the world in a way I could relate to; in a way that made sense to me.

I’m pretty sure there’s some theory (and if I could remember developmental psychology and the like from my undergraduate degree I’d feel more confident about espousing this) about the fact that, the way we see the world is shaped by our own beliefs, attitudes and experiences.

It occurs to me that when I don’t understand something I try to use whatever frame of reference I have (in this morning’s case, my native language and people I know) to try to give it meaning.

I then realised I employ the same tools when I’m stressed or overwhelmed. I fall back on the familiar.

Sometimes the choices I make are healthy (I have certain ‘comfort’ TV shows, movies or books I tend to watch / read again and again); and sometimes they aren’t…

The last few weeks have felt a bit tumultuous… although I know that to most (normal) people my ups and downs pale in comparison. But to me, illness and some other stuff has meant that I’ve immediately given myself permission to venture back into familiar territory.

I’ve most certainly done my share of binge-reading, binge-TV watching, as well as some binge-eating in recent weeks. And while I confess to feeling bad about all three, it’s the latter that most worries me. 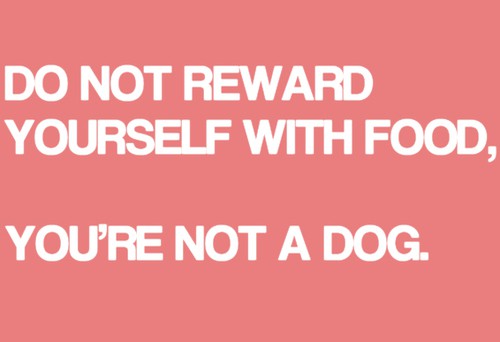 I’m well aware that life isn’t going to suddenly become less stressful. We’re nearing the first anniversary of my father’s passing (and my nightly dreams in which he features are returning so it’s obviously playing on my mind!). And on top of this, I will supposedly know at the end of this month if I’ll continue to have a job or not. If I don’t, I’ll have some interesting times ahead of me as I make some key life decisions.

I don’t even know how I feel about that which is why I’ve barely talked about it here.

That aside, life is always going to be stressful and full of ups and downs.

We all have our ways of coping; we all have crutches. I tend to fall back on familiar forms of comfort.  However… some of those comfort mechanisms are (it must be said) a tad destructive, such as my binge-eating.

I’m realising that – while others may judge the amount of television I watch, or think I’m strange for my obsessive reading habits – these are things that comfort and nourish me. So my own focus over coming weeks (or months) will be to take comfort in the familiar when I need to; but perhaps I can be more conscious of the choices I’m making and make books or episodes of Buffy or West Wing my ‘go-to’ options rather than comfort eating and bingeing on corn chips.

I’m sure most of us have comfort-eaten at some point in our lives, but do you (like me) have other familiar habits you fall back on in times of need?